2018 in Photos: One Digital Nomad’s Year

As 2018 drew to a close, I spent some time looking back on the year. To be honest, we spent a lot of it in places that weren’t really our first choice. But, of course, sometimes that’s life. Sometimes you’d rather be in a small town, but you need to be in a city to network. Sometimes work calls you to a place that isn’t your favorite. And sometimes you choose a place full of promise and it ends up failing your expectations spectacularly.

Either way, looking back on the year made me happy. Because even though I wish we’d spent more time in tiny mountain villages or Italian hill towns, we still had some incredible adventures this year.

Prague may have been my least favorite European city ever, but from there we took day trips to stunning Karlovy Vary and the wild loveliness of Bohemian Switzerland.

New York might have been overwhelming, but I did go to some great events and meet one of my writing friends in person for the first time, and Chad made a lot of headway on his business goals, which was why we went in the first place.

Looking back through my photos reminded me of that.

And so I thought I’d share some of those photos (and some words, obviously) with you today.

We greeted the year in Pagosa Springs, Colorado, where I spent most of my time playing in the kitchen: making my first pot pie from scratch, finally successfully making homemade pasta after my lessons in Rome last year, etc. 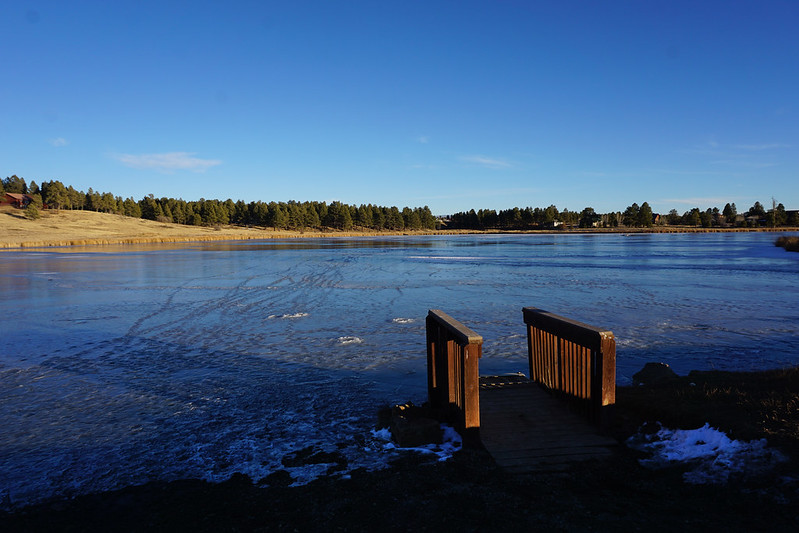 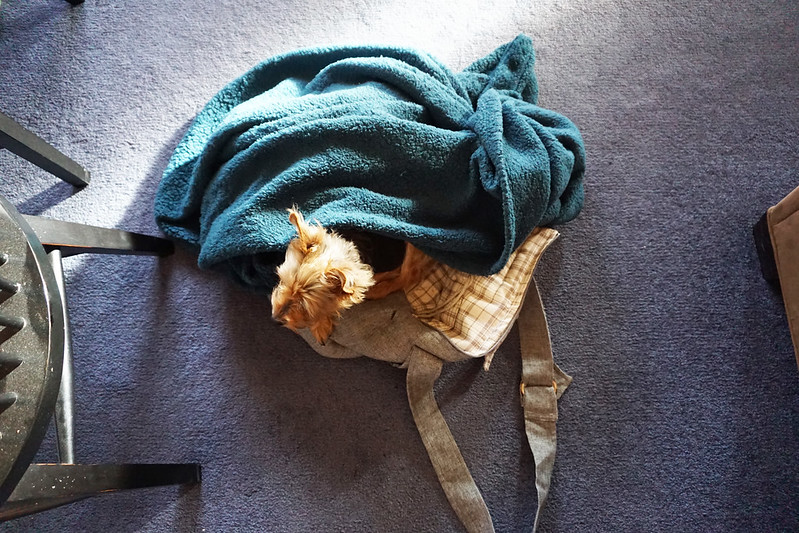 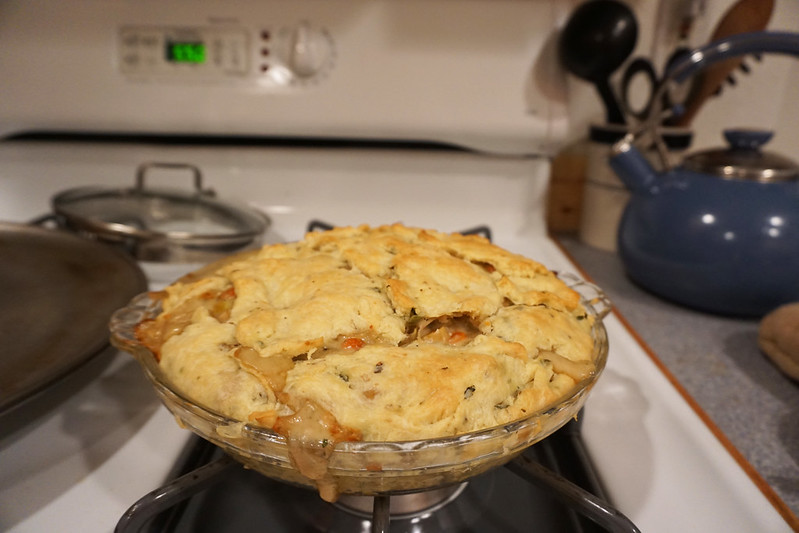 Chad needed to be in a big city to network, so we didn’t stay in Pagosa long. Next stop: New York City. 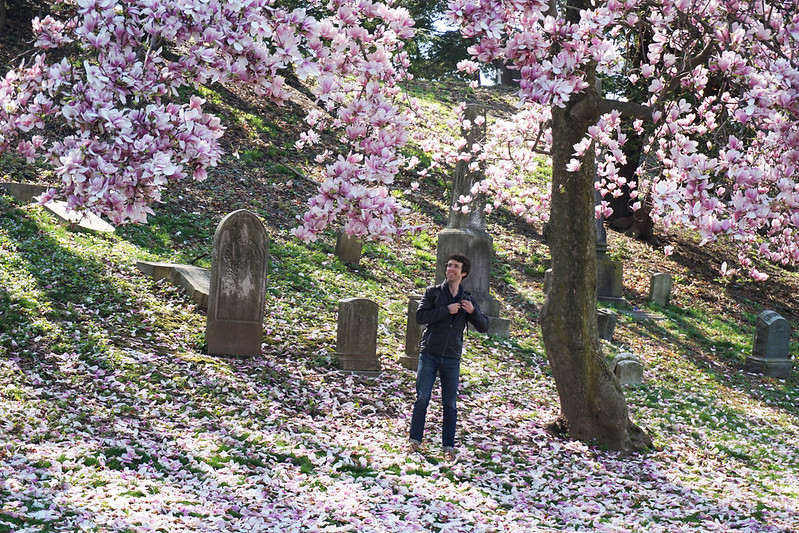 New York was all about networking. For Chad, this meant networking events and one-on-one lunches with other tech pros and entrepreneurs, while I spent a lot of time reconnecting with old connections and attending any writing event or round table I could wrangle an invite to. I also cranked out about half of my novel. 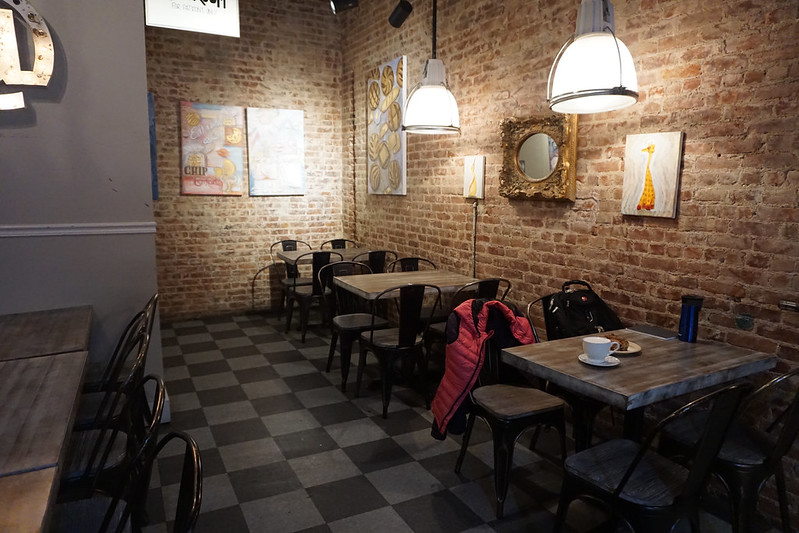 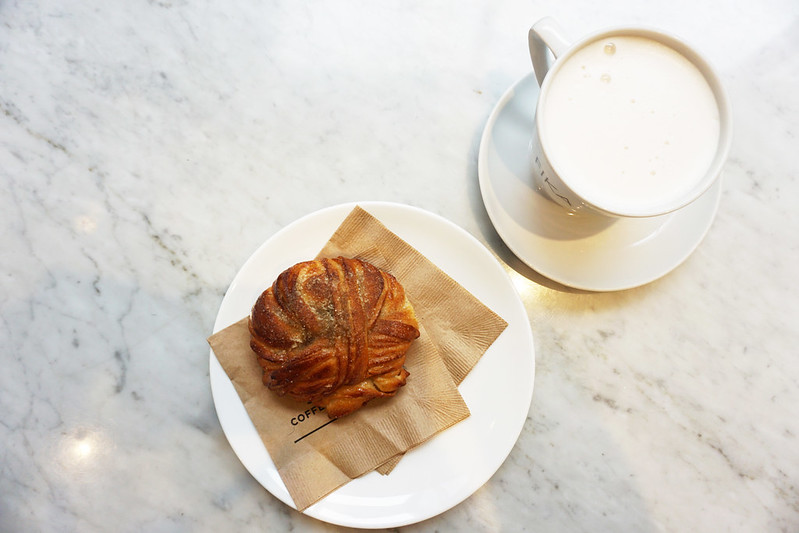 Of course, Europe is where my heart is, so after months of networking in NYC, when Chad landed a gig that required him to be on the EU time zone, I was thrilled.

We scrambled to make plans in only a couple weeks and then hopped on a plane to le France. 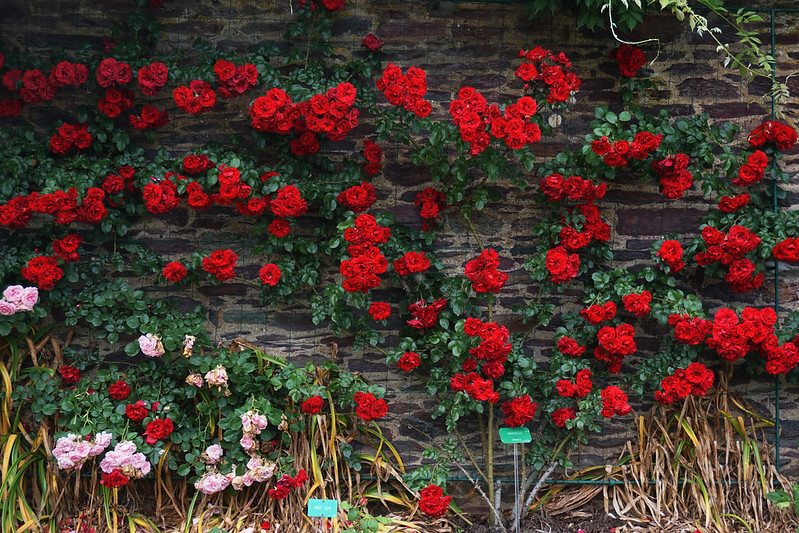 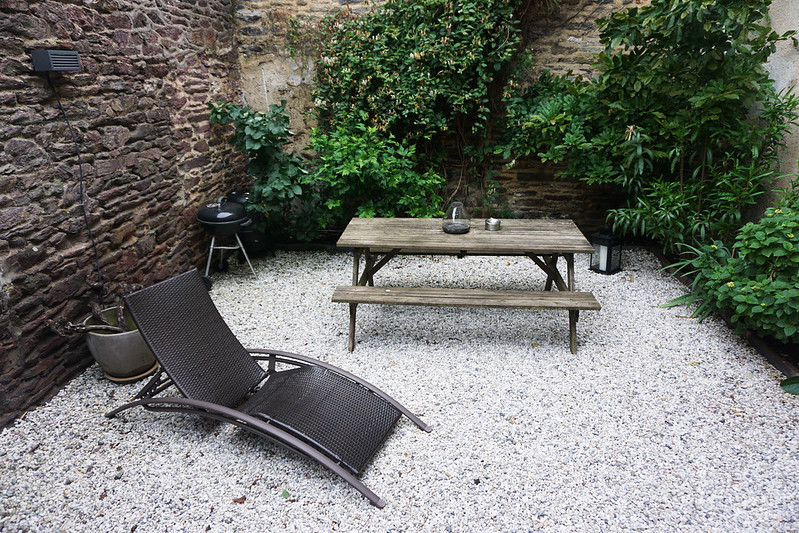 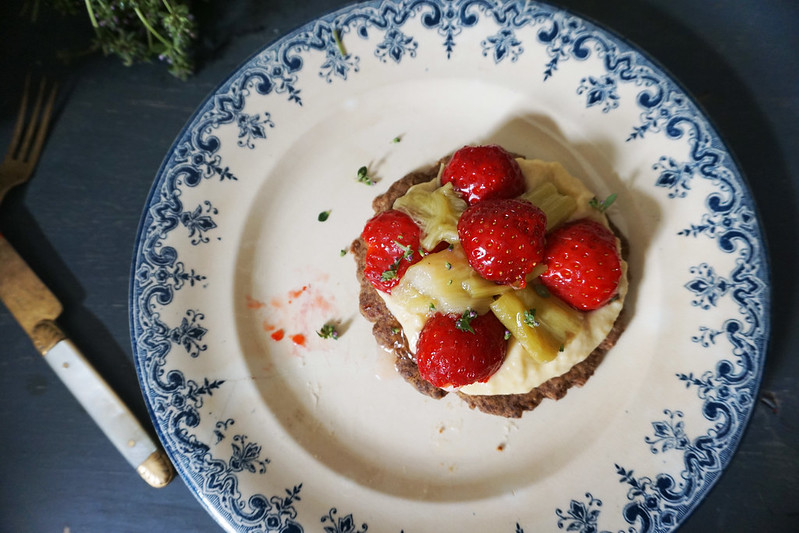 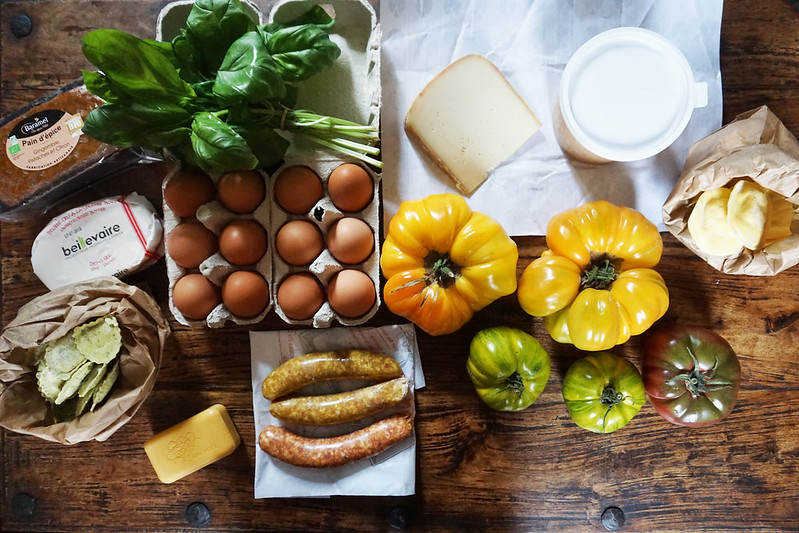 Our base was Rennes, the capital of Brittany – a moody region of lush greenery and frequent rainstorms. The highlights, for me, were the huge fresh market, our French cooking class, and my day trip to Clisson, former home of notorious lady pirate Jeanne de Clisson. 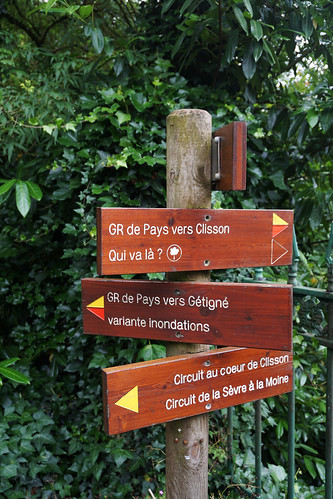 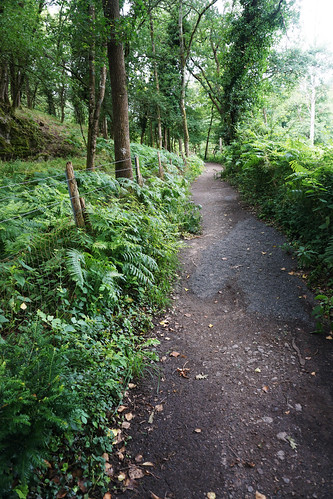 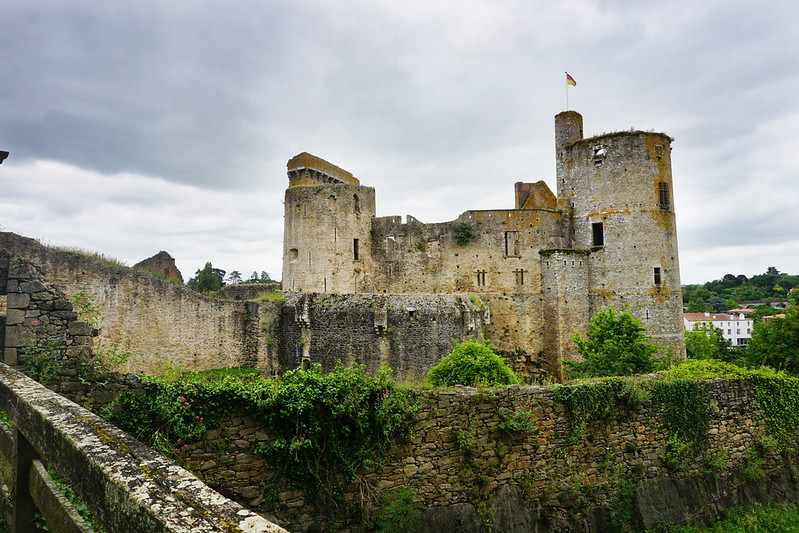 One too-short month later, we bid France farewell and made our way to Prague. Unfortunately, it turned out to be our least favorite city in Europe. But we couldn’t have known that then. The good news is that we had already planned several weekends away and those lovely little side trips to Karlovy Vary and Bohemian Switzerland kept us sane. 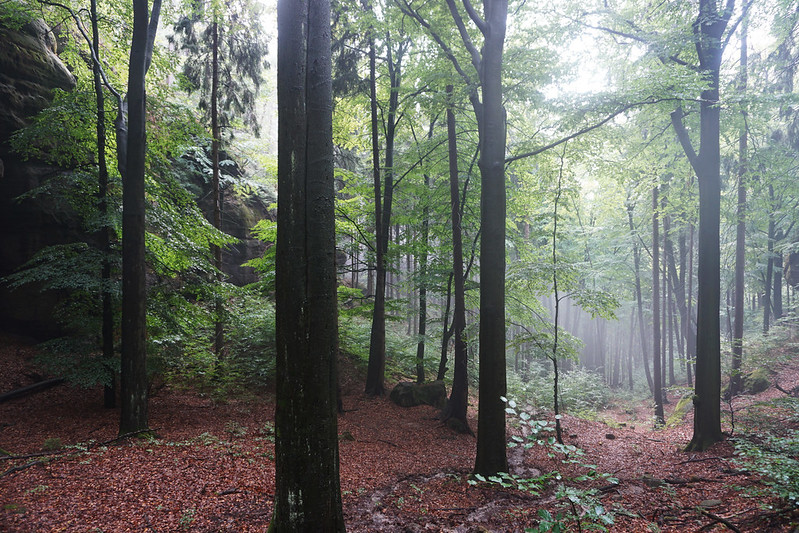 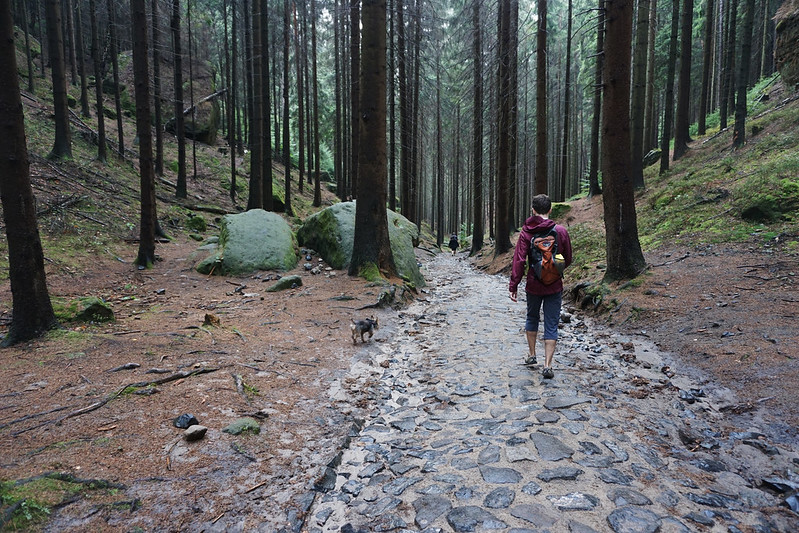 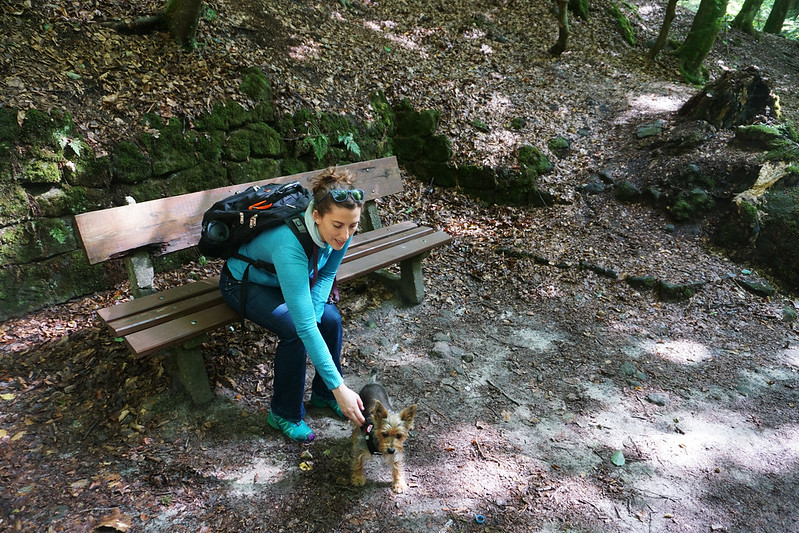 After three months in the schengen zone, it was time to get out. After a too-short stopover in cute Budapest, we took the overnight train to Brasov, Romania, a town that’s been on my radar for ages.

We stayed for two months, taking day trips to Rasnov Fortress and Bran Castle, wandering up and down the hill to our epic Airbnb, getting to know Romania’s healthcare system, and working. 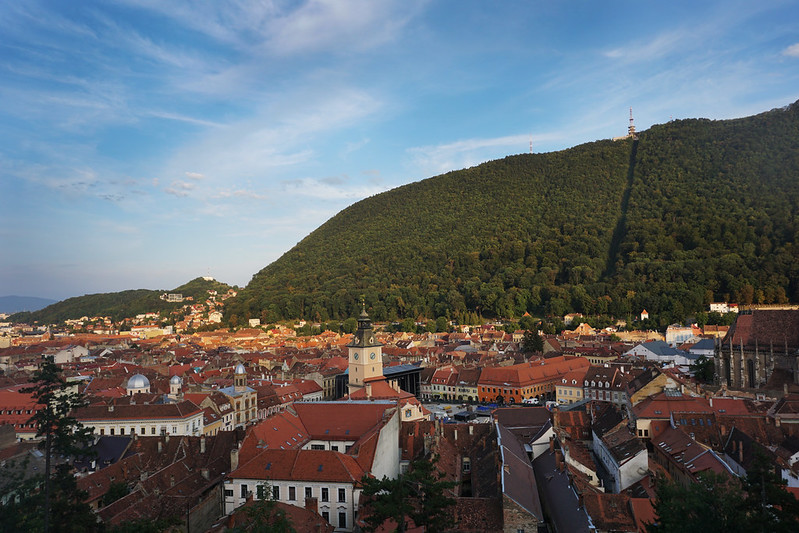 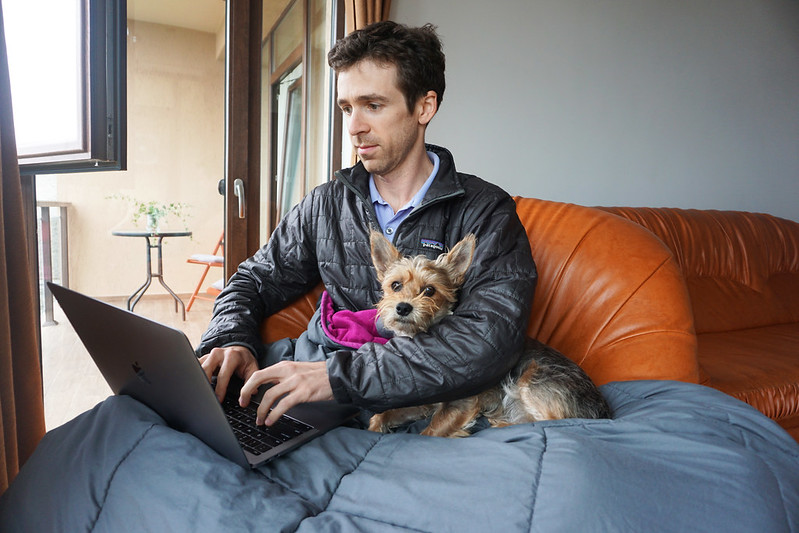 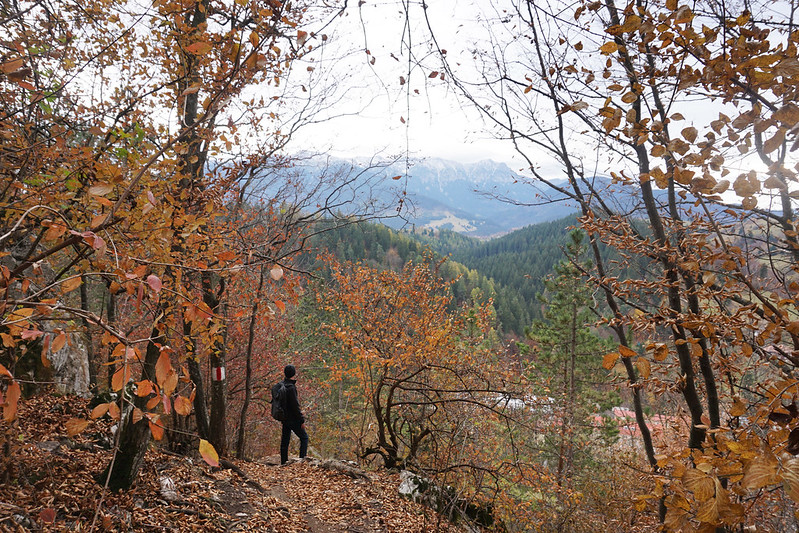 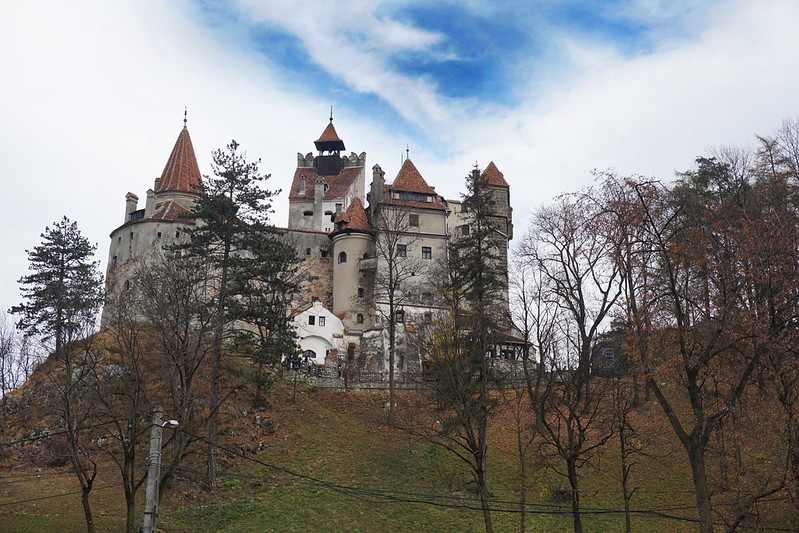 Then October came to a close and we moved on again. Chad flew to Asia and Luna and I boarded a flight bound for Croatia, where we cozied up on the hill above Zagreb for a quiet month of waiting until we could come back into the schengen. 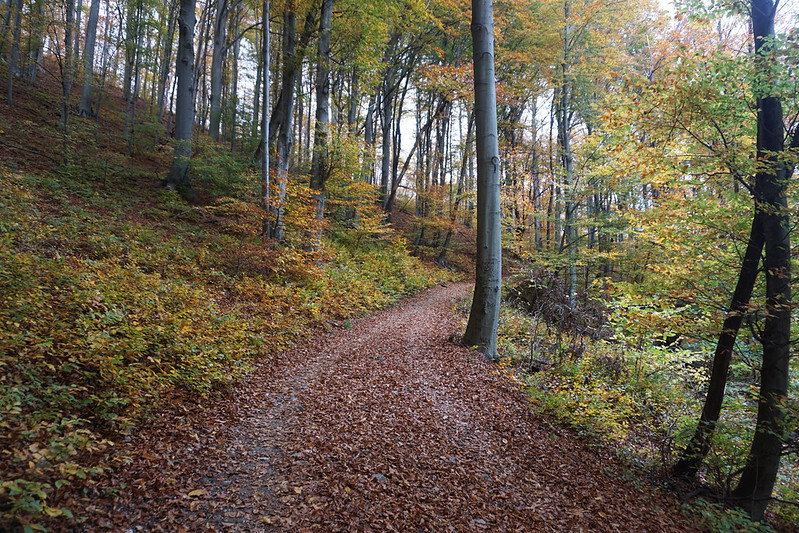 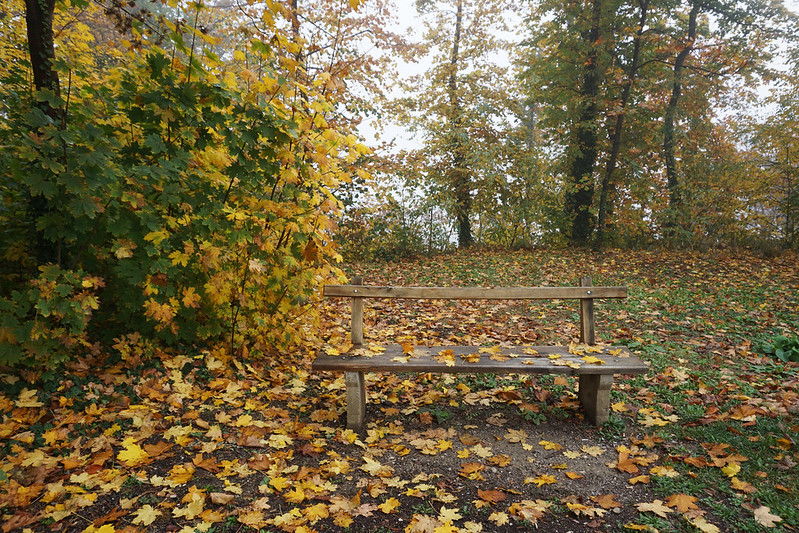 Finally, it was December, the most epic month of 2018. Luna and I left Zagreb and zipped up into the schengen. First stop: Innsbruck, Austria. We were only there a week, but I loved it for its pretty mountain views and relaxed feel. Not to mention its great little market hall. 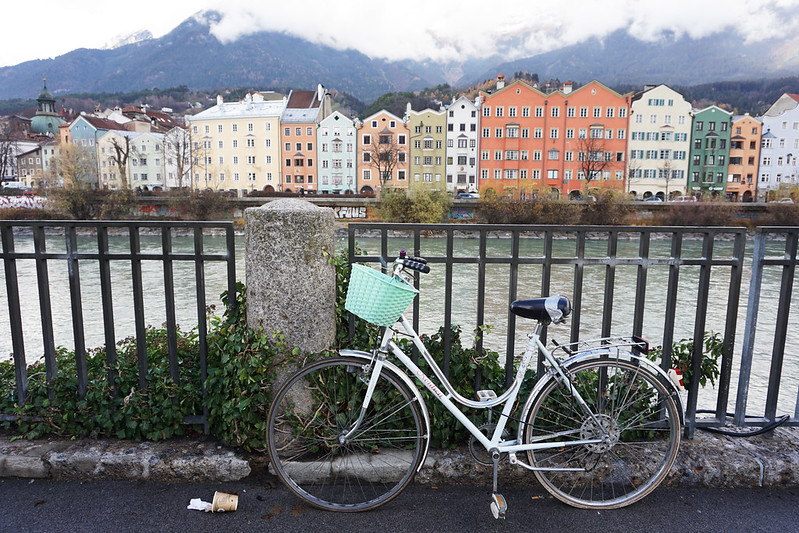 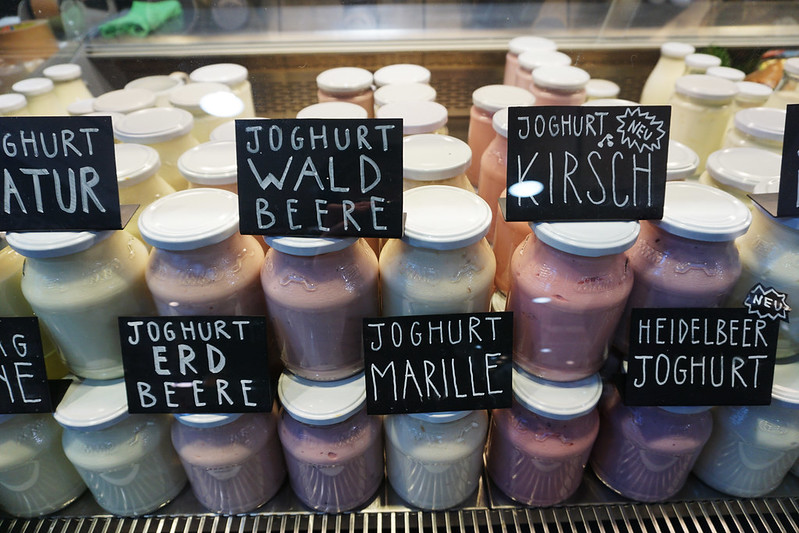 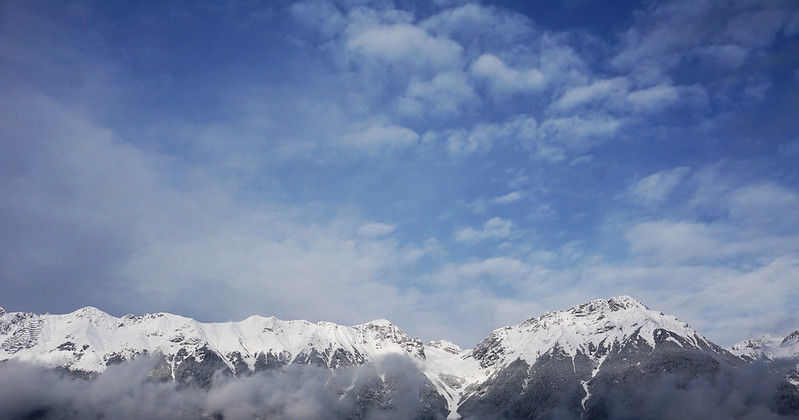 Finally, it was time to head to Switzerland for the first time in three years. Adventures in Switzerland included Christmas markets in Zurich and Interlaken, overnights in a fab Zurich art hotel, visits with friends, and snowy walks around the region. 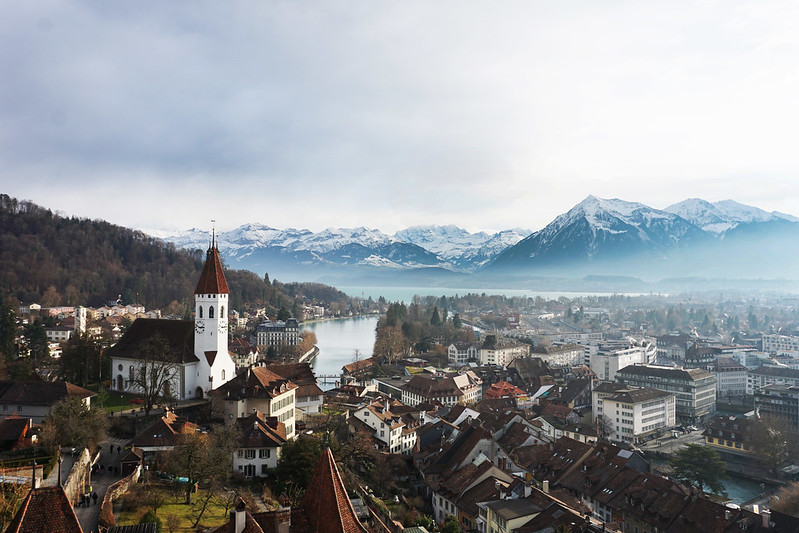 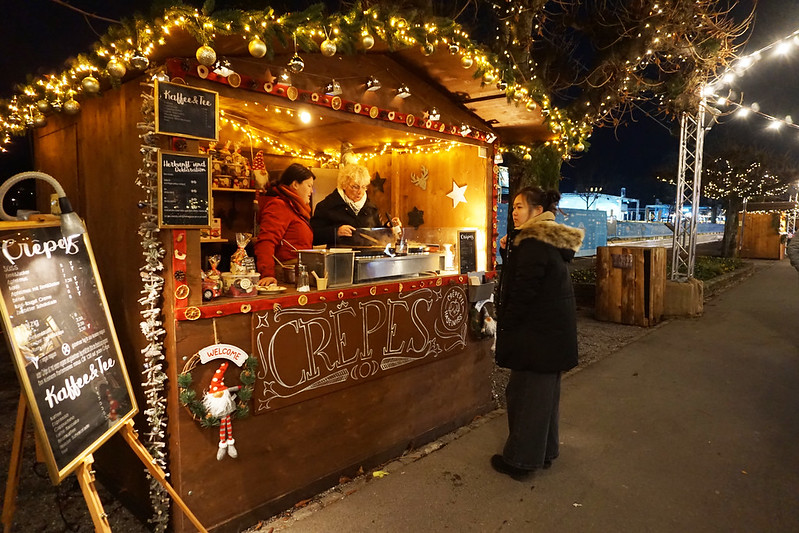 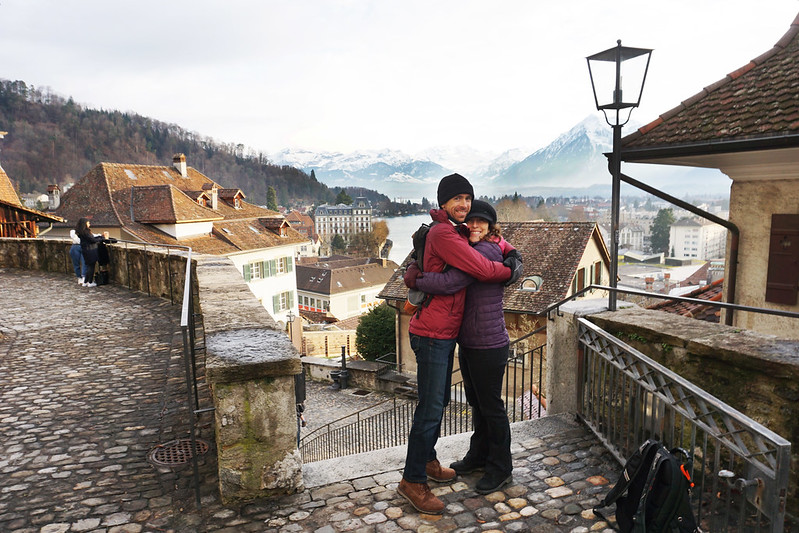 Now, to you, friends: How was your 2018? What adventures did you have? 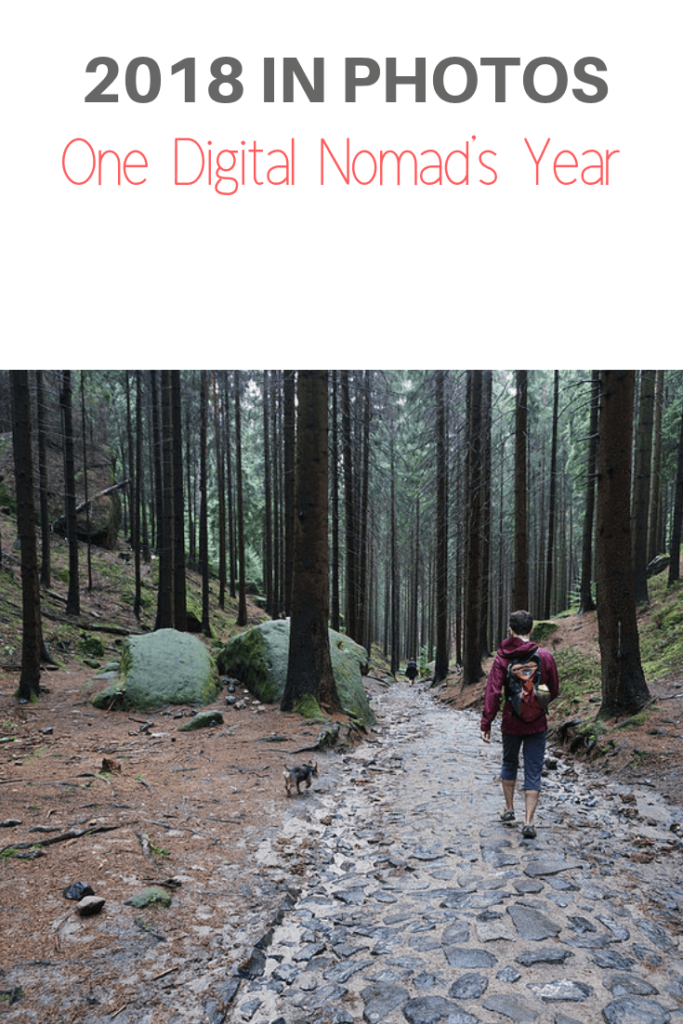 My Search for Authentic Balsamic Vinegar (An Experience of Inspiration)

Love the photo summary!!! Looking back on pics from months ago is so fun. It always makes me realize that even trips/events that felt kind of “meh” actually had some pretty great moments. Glad the visit from my little fam didn’t totally ruin your December. ;) That picture from Thun will forever be one of my faves! :D Happy New Year!!!

Yes! Totally agreed. My photos always make me feel a bit differently about even trips with more meh moments or even disasters (I still feel fond when I look at photos of Malta even though that’s when I got horribly sick, for instance). Thanks to you and the fam for visiting and giving me an excuse to get back to Thun and Murren and do some exploring.

And yes! Those Thun photos came out really well, though I think yours came out even better than mine did!

Love to see your photos of where you’ve been. And, of course, I love reading your blog. I spent 2 months in Ireland and Wales (visiting Lynn Sorrentino who I think you are familiar with). Looking forward to reading your 2019 adventures!

That first Switzerland photo is AMAZING!! (I mean, they’re all great, but that one…WOW!) I know you had some not-so-great locations this year, but I’m so happy for you that it ended in one of your favorite spots in the world. And I’m glad I got to see you THREE times this year!

Sounds like 2018 was a fun year. How do you get around with your dog to all these countries? Isn’t there a “holding period” when entering some of them? Just curious.

All the countries I travel to don’t have a quarantine (as long as your dog is vaccinated and you have the proper paperwork). There definitely are countries with quarantines still (notably, New Zealand and Australia), but most of Europe and North and South America is sans quarantine.