Learning to Make Pasta in the Kitchens of Rome, Part II: Walks of Italy

The amazing cooking class below was complimentary in exchange for this review. As always, opinions, photographs, and experiences are my own.

As you may already know, our winter in Italy was driven by one thing:

Then we came to Rome, where we zig-zagged the city in search of its best pizzerias and ate cacio e pepe at the famed Roscioli, and I went on a quest to try every flavor of gelato at Rome’s best gelateria.

I also scheduled two pasta-making classes: the first a private class in the Testaccio neighborhood and the second a group class with Walks of Italy in the heart of Rome. 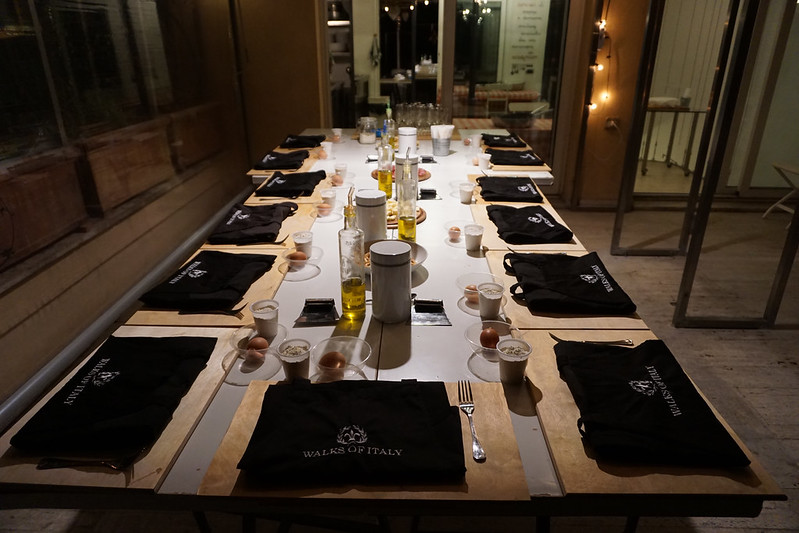 The Walks of Italy class was on a covered rooftop patio just a block away from Piazza Navona and with 13 participants and two chefs, it was a festive, social, laughter-filled affair.

It was also very hands on, with each of us having our own pasta-making board and ingredients. First, Marta—a former private chef on Mediterranean sailing vessels now turned instructor—would show us the method. Then we’d all, with varying levels of clumsiness, follow her example. 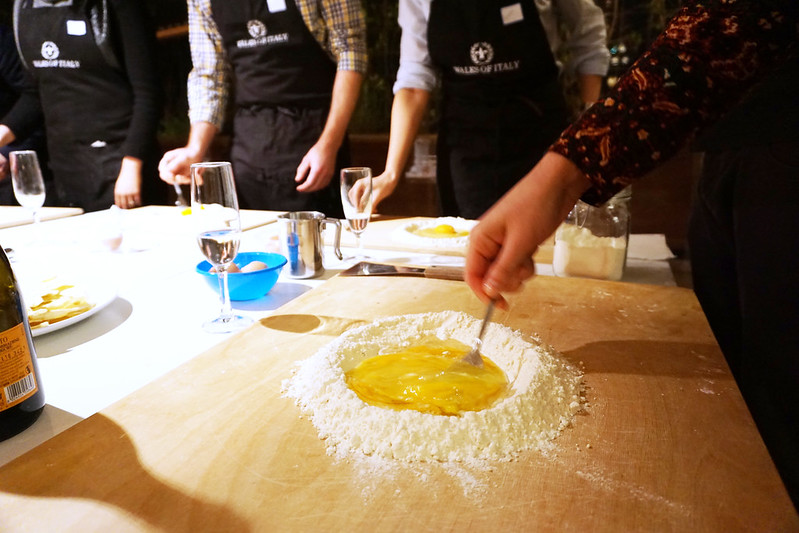 This was my third attempt at making pasta from scratch. The first, by myself in my Denver kitchen years ago, ended badly. The ingredients were right, but the consistency was all wrong. It’s one of the few times in my life that I’ve thrown away something as inedible.

The second time was during my first Roman pasta-making class. I was intimidated and awe-struck by the beautiful, dance-like motion of kneading, stuffing, twisting, and pinching the dough when my teacher worked it. I, on the other hand, was clumsy and slow. The end result was beautiful and tasty, but I knew it was my teacher that had guided it there, not my own hands. 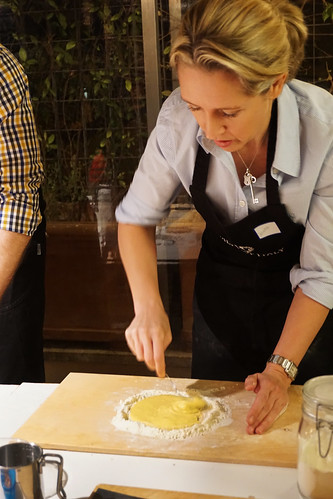 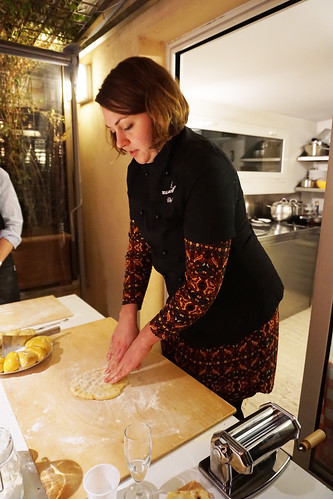 I was still slow, still a bit clumsy, but somehow more confident. I formed my flour crater, whisked my egg, blended in the olive oil, the flour, and started to get the hang of kneading the dough. Like learning to dance, the clumsy-feeling motion of it eventually started to feel natural. I found myself feeling at home with the pasta machine, feeling like I understood the basic dance that is pasta-making.

It helped, I think, to be working with so few ingredients. A single egg, 100 grams of flour, a spoonful of olive oil became a tiny ball of dough, which became a single serving of pasta.

It also helped, as it does with anything, to be seeing and doing the thing again and again in such quick succession. Repetition is, of course, the foundation of learning anything. And here I was in Rome, repeating my pasta efforts twice in quick succession, burning the process into my brain and hands. 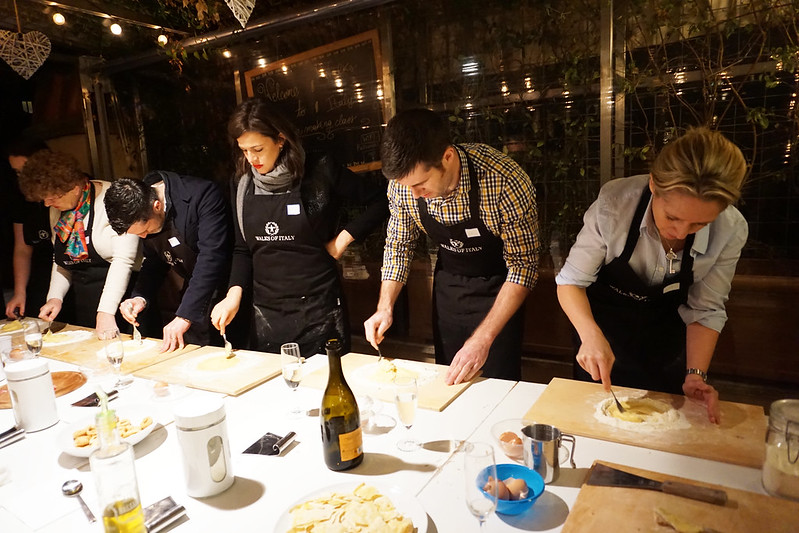 Of course, the real confidence booster was the end result: a pile of spaghetti thick with sauce and cheese and spiked with pepper. We, a group of 13 amateurs and two chefs from Ireland, Australia, the UK, Germany, Italy, and the US had prepared the meal from scratch and the taste and texture came out right.

If that doesn’t boost confidence, I don’t know what will. 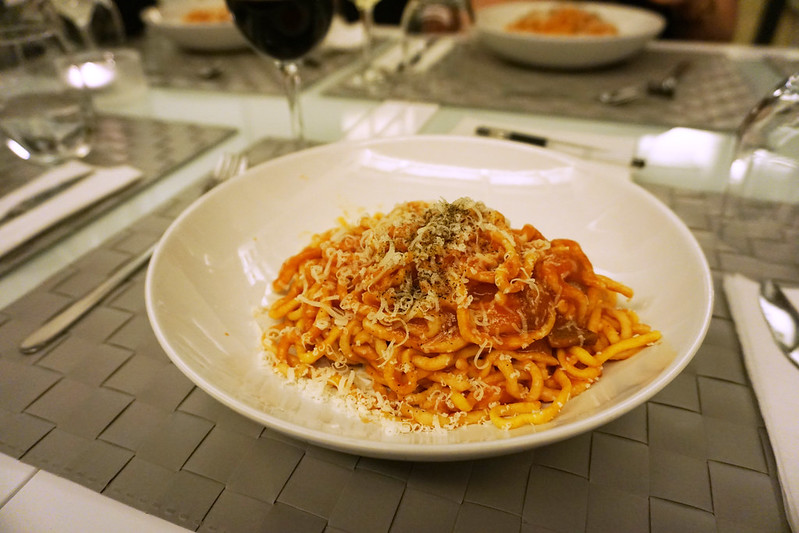 If a group pasta-making class in Rome sounds like a blast (hint: it is), you can book one at Walks of Italy. Tell them I sent you.

A Day in Rasnov, Romania (In Photos)