Best part of my day in Roma: pretty pastel liquors.

The first time I came to Rome it was the middle of summer. It was swelteringly, horribly hot and terribly crowded. And the few sights I did drag myself out to see were utterly disappointing to me—crowded, crumbling, and often not quite as picturesque as the guide books make them sound.

I only stayed for a couple days.

But when I returned to Rome this January, my experience was utterly different. In part, this is because it’s the off-season and the streets are less crowded (though still bustling; it is, after all, Rome). In part, it’s because January is a chilly month, and being a tad chilly in January is far better than melting into the pavement in a puddle of sweat mid-August (trust me). And in part this is because I was on a tour, guided through a small part of Rome with a vivacious tour guide who has lived there for ten years.

Even better, the tour I was on wasn’t just a stroll through Rome’s popular sites. It was a FOOD tour. And you guys know how much I love food, right? 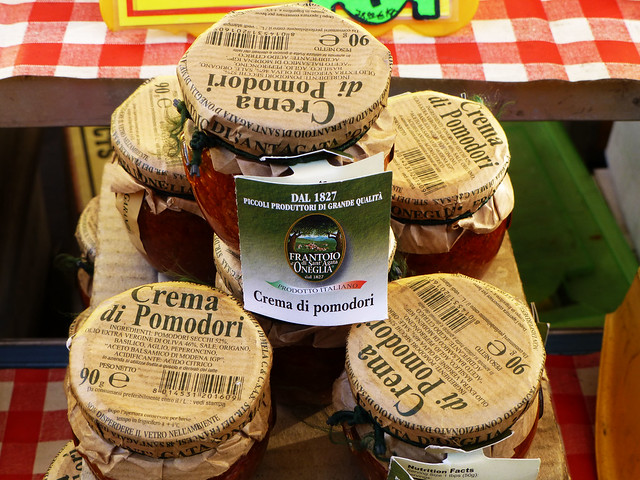 We started in the bustling marketplace, testing the sensitivity of our palettes with filtered and unfiltered olive oil, traditional and original balsamic vinegars, and powerful limoncello and other fruity liquors. I stuffed my bag full of discounted market goods for myself and some of my foodie friends (though, let’s be honest, I might eat theirs too).

The best part of the marketplace was those pastel-colored liquors (pro tip: add to ice cream and you will love your life. You’re welcome), the 10% discount certain vendors give to tour participants, and the short, sweet history of the square, which is ironically named Campo de Fiori (field of flowers) even though it was the site of lots of heretic stake-burnings.

But enough about stake burnings. Back to the liquor… 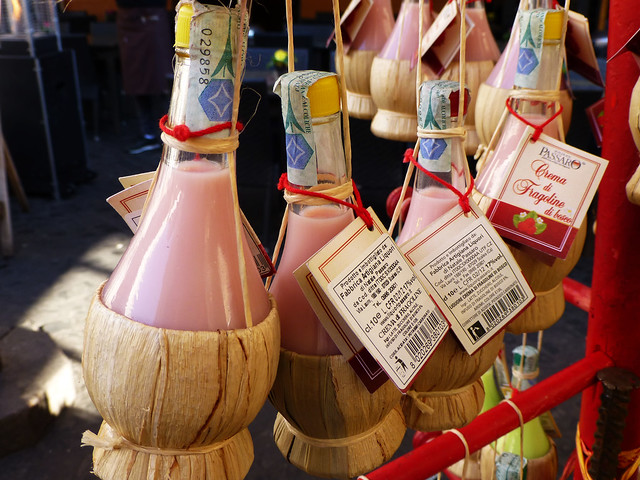 Pro tip of the day: the Italian word for strawberry is Fragola. I remember this by associating it with Fraggle Rock in my head. Don’t judge.

After the market, it was off to the shops where we tasted a variety of meats and cheeses and learned that Little Miss Muffet was a real person named Patience (can you imagine being named Patience Muffet? Because AWESOME.) and that the difference between Mozzarella and Buffalo Mozzarella is the milk. Regular mozzarella = cow’s milk. Buffalo = buffalo milk. One is richer than the other (but you’ll have to take the tour to find out).

It was during this portion of the tour that I finally got to taste burrata, which people have been telling me to eat ever since I arrived in Italy. 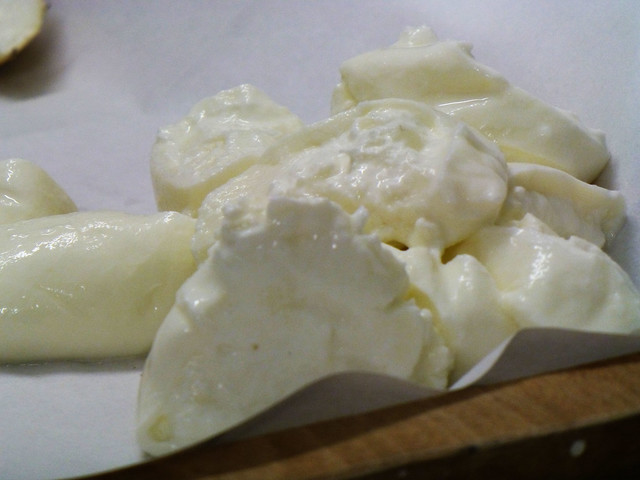 I know it looks kind of slimy, but it’s made of magic. And when I say magic I mean cream.

Finally, the tour wrapped up with pizza-making in a small restaurant a few blocks away from the market. In case you were wondering, A. pizza making in Italy = awesome, and B. small hands are not ideal for dough rolling. 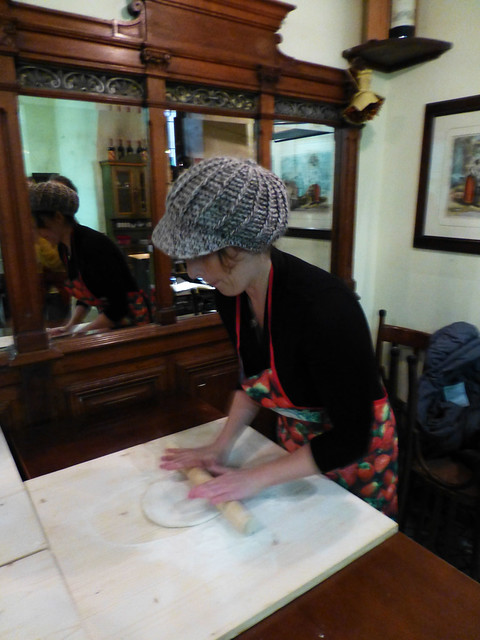 Luckily, a tall professional pizza-making Italian man was there to help me roll my dough and properly cheese my pizza (pro tip: cheese must cover all sauce, otherwise the sauce makes those unsightly red bubbles you sometimes see). 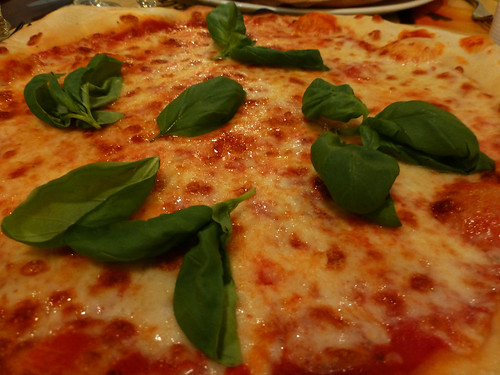 The finished product, to be consumed with local wine.

And here’s the moral of the story: if you want an authentic local experience, particularly when you’ve only got a few days in a place, it’s probably a good idea to sign up for a tour (but not just any tour; make sure it’s with a totally kick-ass tour company that gets great reviews and promises you things like pizza-making lessons). Because how else are you going to find the most popular bread shop in Campo de Fiori or the butcher shop preferred by four of five Romans your first day in Rome?

And how else are you going to strap on an apron and tackle your own pizza margherita?

A big thanks to Walks of Italy for making this No-Technology Saturday happen. They’ve convinced me to give Rome another shot and to start taking more tours. Because honestly this was the best day of my off-season Italy adventures so far. Because PIZZA. Oh, and I should probably tell you that my tour was free, but all opinions are my own and any facts I’ve mis-heard are my own too. And you know what else is my own? Some Almond-Lemon liquor. That’s right. I win.

[…] Little Miss Muffet’s First Name and Other Stuff I Didn’t Know Before Gigi learns a lot of funny lessons in her travels. Enjoy! […]

Oh I laughed! also … because i sort of felt the same way about Rome.

Wonder if I could take Monte on a food tour?!!

I bet you could. I didn’t take Luna because they weren’t sure the restaurant where we made the pizza would allow dogs, but I didn’t see a no dogs sign in the window and Monte is about half Luna’s size, so you could always just carry him in a shoulder bag and I doubt if anyone would say anything.

You could always check with Walks of Italy and see what they say. Never a bad idea to let them know that multiple people want a dog-friendly tour option anyway.

I didn’t realize you did this tour, wasn’t it great?! Andy and I took this food and pizza making tour in June when we were in Rome, and it was probably the best tour I’ve ever been on. Delicious and so much fun!

Yeah. I was really impressed and now I’m much more open to tours (I almost never even looked at them before).