Popular posts
The cost of traveling Europe: real budget numbers from 9+ years of travel
A creepy Halloween cover reveal: The Wicked Unseen is here!
My secret news: I wrote a novel for Netflix!
The most (and least) dog-friendly countries in Europe
The most (and least) hiker-friendly countries in Europe
The ultimate guide to Europe’s digital nomad visas
How we define disability (and how maybe that needs to change)
How I make money while traveling the world full-time: behind the scenes with a...
So You Want to Freelance? Here’s How to Set Your Hourly Rates.
I Have OCD. This Is What It’s Like.
get off the beaten trackwild adventures

With 330 miles of sandy coastline and 52% of the country covered in forests, Latvia is something of a wilderness-lover’s dream. Especially for those who long for something more off the beaten track. An alternative to rocky, tourist-loved Greek isles and Italian cliff towns.

This fall, I spent over a week walking from Riga (Latvia’s pretty capital) across the border back into Estonia (where we’re currently based).

One of my favorite stretches of that walk?

This one – from Vecāķi on the coast to Lilaste north along the coast and just a tiny bit inland, on the shores of a small lake.

I loosely followed a stretch of the E9 European long-distance walking path, a 5,000+ kilometer path from Portugal to Estonia. Google says the route takes five hours, but between the meandering paths (much more meandering than Google thought), the sand (which always slows the pace for me), and carrying my gear (though I packed light), I walked for at least seven hours and took a train two stops in the middle of the route in order to avoid a walk along a busy highway.

Despite my vastly underestimated time, this walking day was one of my favorites, rich with sand-dusted wooden platforms overlooking the sea, tiny dunes topped with reeds and plants, and the browns, reds, and greens of the pine forest dotted with the stooping figures of locals picking berries.

If you’re thinking about a coastal walk of your own, this is one worth exploring. 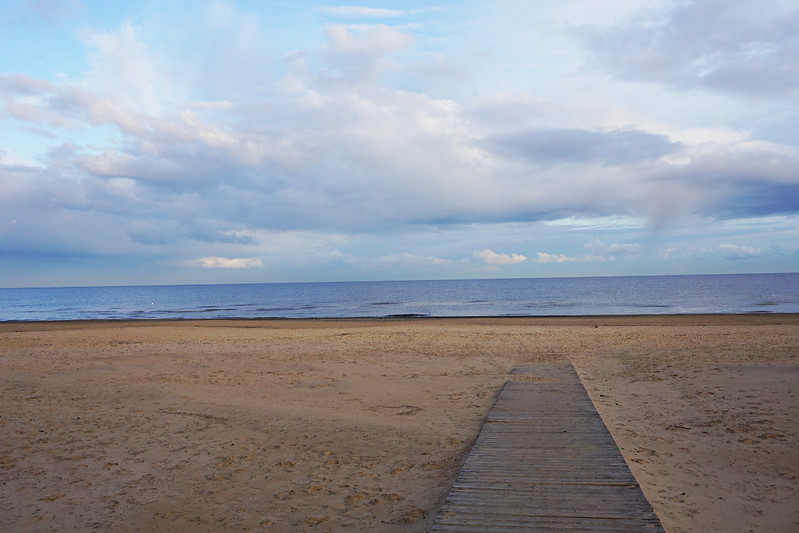 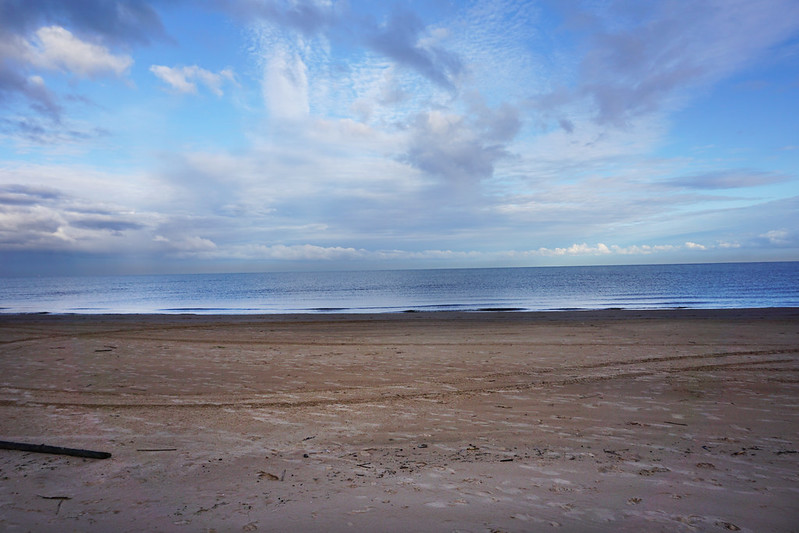 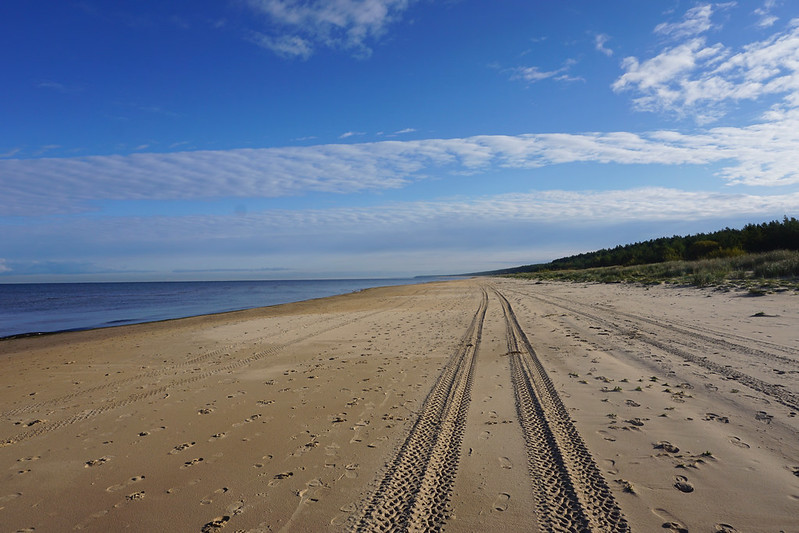 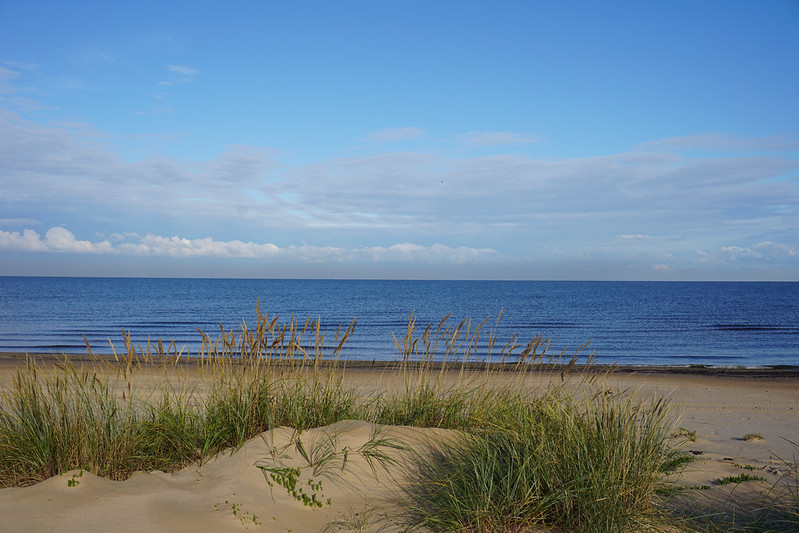 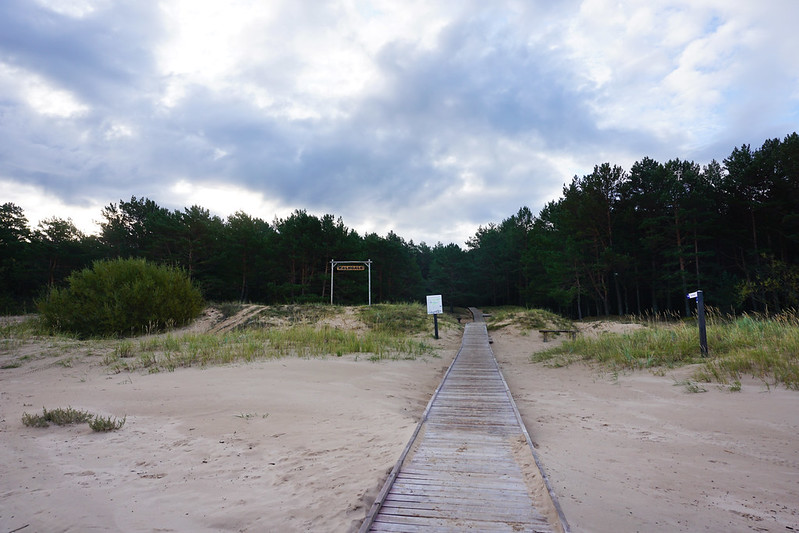 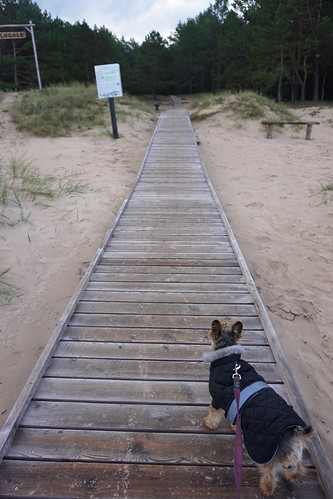 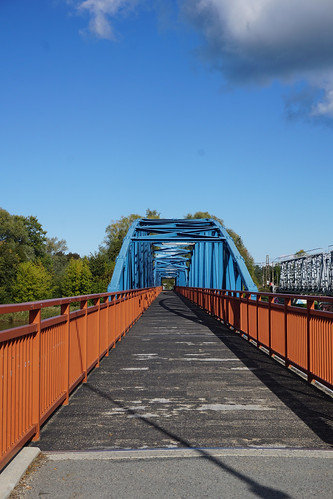 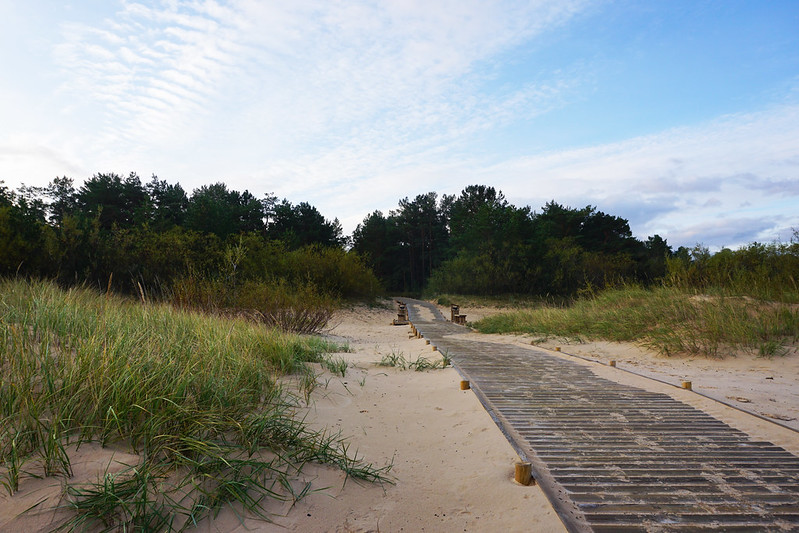 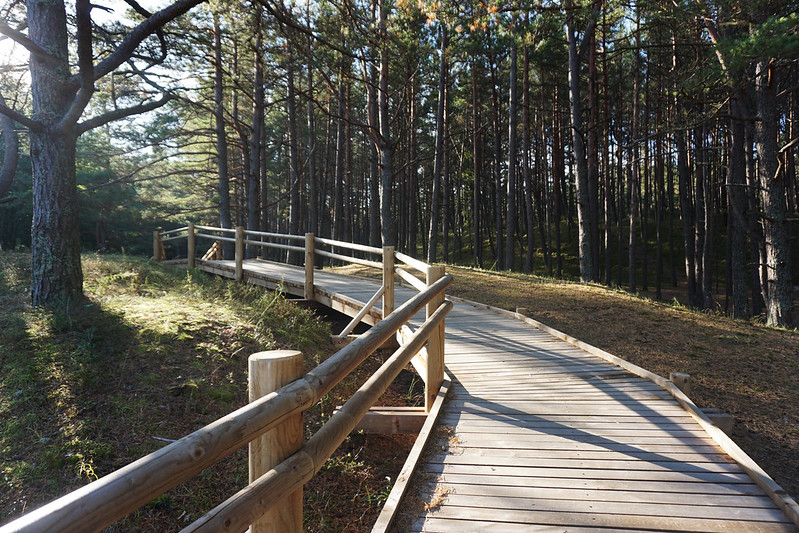 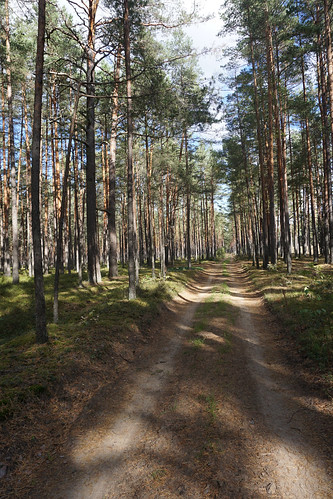 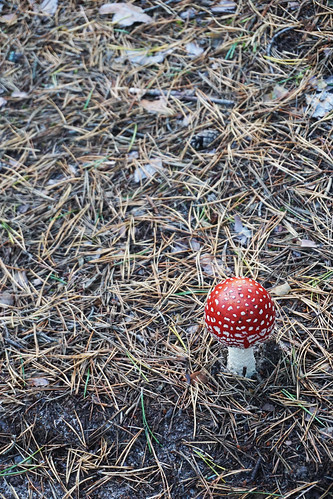 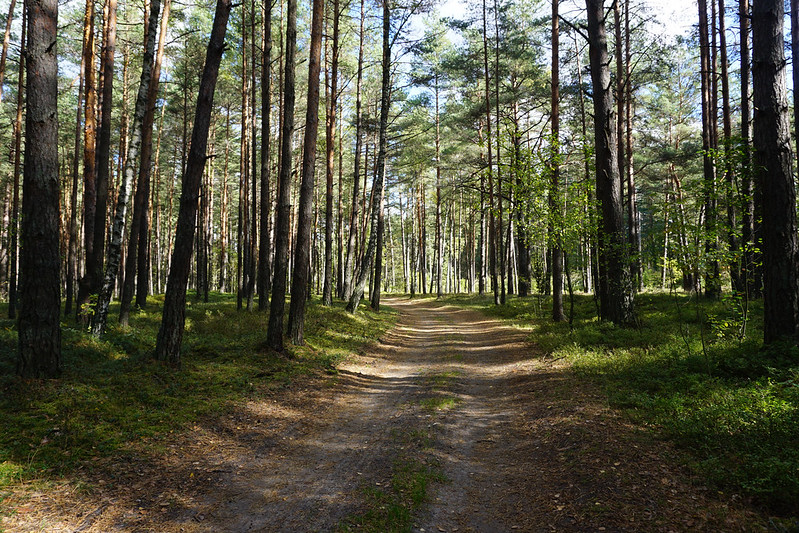 Want to experience the hike for yourself? Here are some relevant details:

If you’re coming from Riga, you can take a bus or tram to Vecāķi. The bus takes about 40 minutes and the tram 20. I walked rather than take transit (since I was on a long-distance walking trip), but the walk wasn’t particularly pretty, so I wouldn’t recommend it.

From Vecāķi, I headed down to the beach and walked north along the coast. The E9 isn’t always well marked up here, so you’ll need to either be willing to improvise your own route or buy a route map ahead of time.

I did the former, walking along the beach until I reached Garciems and then crossing into the pine forest and up into town. If you want to walk the whole way, I wouldn’t recommend this route, as once you get into town you’ll realize that you either have to backtrack to the pine forest or walk along a busy highway, as the official trail ends randomly partway down the highway. Instead, you can keep walking the coast and turn inland at Carnikava for uninterrupted and safe walking routes.

In my case, since I was already in town, rather starving, and not seeing anywhere to grab lunch, I opted to take a train a couple stops to Carnikava, grab lunch and continue my walk there.

From Carnikava, follow the railroad tracks and signs for the Eurovelo 13 cycling trail. They’ll lead to a pretty pedestrian bridge that crosses a river and then a trail that leads through a quiet forest landscape all the way to Lilaste.

Again, these trails are not well marked, so having a compass, map, etc. is probably a good idea.

As I mentioned, trail markers are few and far between. I didn’t purchase a map and instead followed the coastline and then the railroad, but it’s definitely smarter to have a map.

We were walking in the off-season, so I didn’t see many other people on the trails, but we did see plenty of dog footprints in the sandy areas and nary a no-dogs sign in sight.

Is the trail crowded?

Nope. Again, this was off season, so it’s possible some of these beaches would be less abandoned in summer. But the overall route should be fairly quiet.

The hike is a level, relatively easy one, but it’s also long. Wear sturdy shoes, as trails are sometimes uneven, especially in the pine forest that borders the ocean (where trails are partly dirt and partly sand that shifts underfoot). I did the hike in a pair of sturdy, waterproof work boots.

Coastal weather here can get windy or rainy, especially in off season. I hiked this route in late September and needed a winter coat. I also carried serious rain gear for both myself and Luna.

There were no water fill-up stations along the way, though Carnikava has cafes and restaurants were you could refill. Make sure to bring enough water to get through at least to there.

Finally, this hike is incredibly pretty, so don’t forget your camera. All the photos above were taken with my Sony a6000.

Bourgoyen, Part II: A Swamp in the City

Cycling Across France: A Photo Essay