This spring and early summer, I’ve been living with goats.

Two goats, to be precise.

The first, whose name is Bruno, knows he is a goat and is damn proud of it. He struts his goat stuff all over the yard and has a keen interest in any goat ladies (or suspected goat ladies, which sometimes turn out to be sheep, dogs, a strong breeze, or even Luna). He also loves the company of other man-goats and is completely distressed when the other goat, Florian, is too far away.

Which brings me to Florian, who does not know he is a goat.

As far as Florian is concerned, he’s a person. Or a dog. Or maybe a person-dog hybrid.

He’s also the boss of everyone, including Bruno and us and the mosquitos, who he tries to head butt with some regularity and with predictably hilarious and futile results.

For Florian, the worst thing in the world is when his mom leaves the house. He even knows the color of her car (white). And even if she’s inside the house, he has a panic attack if a white car drives by, thinking he’s being left alone forever. When she goes off on errands or to a conference for the day, a series of desperate goat cries follow.

For Bruno, this same desperate crying happens if Florian goes away. Like the time Florian jumped a fence that Bruno couldn’t jump. He was just 10 feet away (and completely oblivious), but Bruno cried and cried, completely distressed.

And so Florian needs his mama. And Bruno needs Florian. Florian believes he is a human-dog hybrid. Bruno is proudly all goat. This, my darlings, is the setting of my life’s current soap opera. 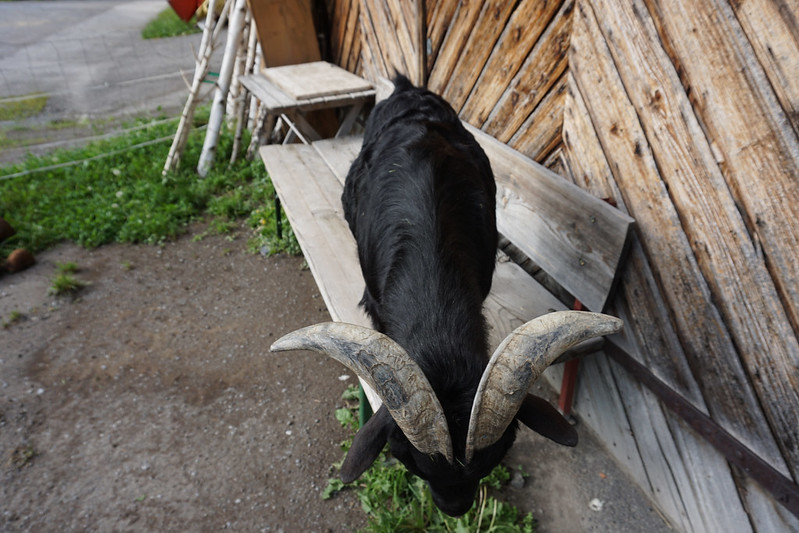 As with all soaps, the characters are…well, characters.

In addition to being a bit needy (Bruno to Florian and Florian to his mama), both goats are quite devious.

This was well demonstrated the day that my roommate (their mama) was sitting with them in the garden having a salad for lunch. Florian was lying in wait, watching the salad intently like a begging dog. Bruno was off on the other side of the house presumably minding his own business. And then, suddenly, Goat Mama’s sunny reverie was interrupted by Bruno charging into the front yard and flailing around wildly.

Understandably concerned, she watched Bruno to see if he was okay.

…While Florian quietly stole her salad. 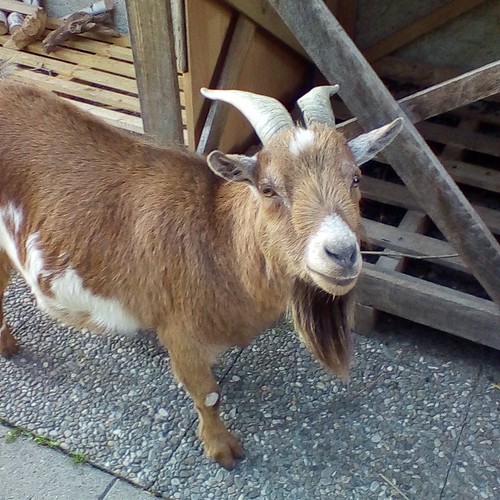 When Goat Mama isn’t outside, they’re even more devious…to their own detriment.

You see, there’s a big tree out front just outside the goat pen and the leaves of this tree make the goats sick. So as the leaves fall from the tree, we’re constantly sweeping them up and throwing them back over the fence to keep the curious little buggers from gobbling them up. Which the goats don’t like at all. Because those poison leaves are so darn tasty…even if they do make you miserable in a few hours. The goat version of a hangover, I suppose.

And so the goats sometimes stand at attention under the tree, willing the leaves to fall, waiting for them as they flutter down, and not giving us enough time to save them from themselves. 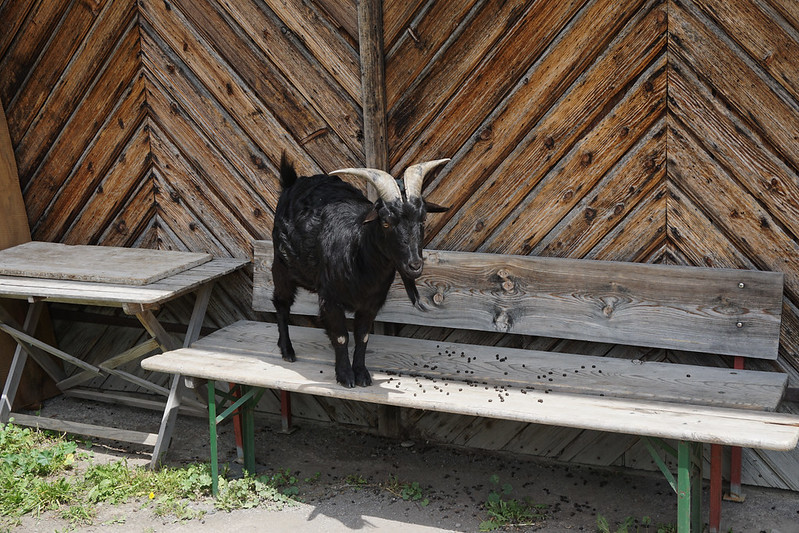 Goat sleeping arrangements are also quite intriguing. Being the boss of everyone, Florian has taken over the entire stable. Bruno sleeps outside, sometimes with his head inside the door, just enough to be defiant of Florian’s hostile takeover, but not enough to get head butted by the boss.

But Florian isn’t without compassion. Last night, when the thunder was rolling and lightning striking in the distance, Bruno was allowed to sleep in the stable. Mostly because both goats are afraid of thunder and, assuming it was his last night on earth, Florian thought it might be nice to have some company. 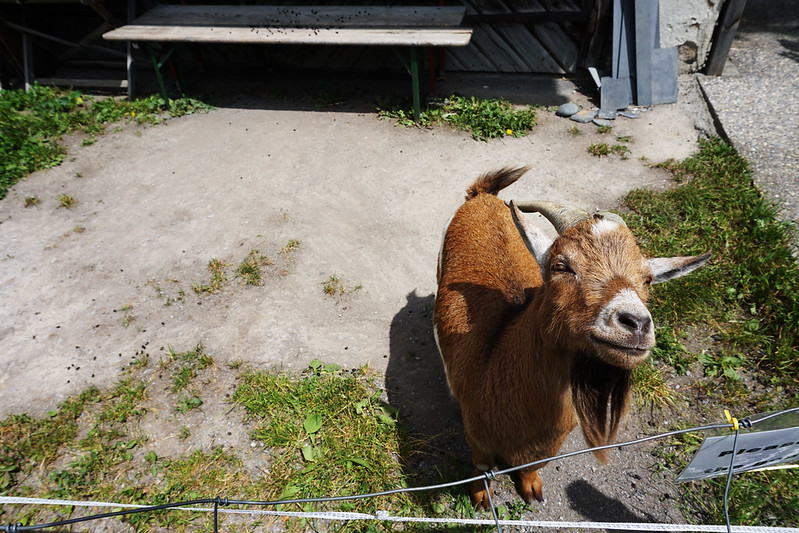 As all this drama unfolds, Luna and I contentedly watch. I love the goats for their soap operas, their devious salad-thieving plans, and their sometimes oh-so-human expressions. Like when Florian sits meditating in the front yard, oblivious to the world around him. Or when Bruno glances furtively at Florian to make sure the boss is happy. Or when Florian rings the doorbell because he’s bored and wants to know if we’ll come out and play with him. Or when both goats try to come inside the house because, darn it, it’s cold outside and really they’re just fuzzy humans who pee where they like.

How Solo Travel Taught Me to Love Myself

Where to Travel in Europe: An Incomplete Guide

If Bruno is the brown one then he can be around me anytime. The black one scares me just looking at him.

Great writing Gigi. I could picture it all.

This had be laughing the whole way through!!! Bravo, you have outdone yourself on this one.

Also glad to see you having fun in this particular living situation :)

Hilarious, I love it! Who would’ve thought goats could be so dramatic?