As you may already know, I’ve started a short series of posts on where to travel in Europe.

The idea behind them is this: not everyone likes the same places. Not everyone wants the same things. Some of us travel for food. Others travel for outdoor adventure. Still others want city breaks with great bars and nightlife.

And one of the keys to creating a great itinerary is simply to know yourself. What do you value in a place? What do you travel for?

For me, one of the big answers is food.

I remember when I had just published my Italy guide and a man was flipping through it, mansplaining to me that “nobody travels to a place just for the food.” To which I laughed heartily because that’s exactly what I do.

I have planned whole itineraries around food. I went to Naples just to try real pizza. I spent a weekend in Modena with the express purpose of eating at Osteria Francescana. I have and will continue to travel specifically for food.

In case you’re with me, here are some places you might want to add to your list. (And if you’re not a foodie, don’t fret. Here are some places for excellent ocean views and I’ll be writing more of these lists for different types of trips.) 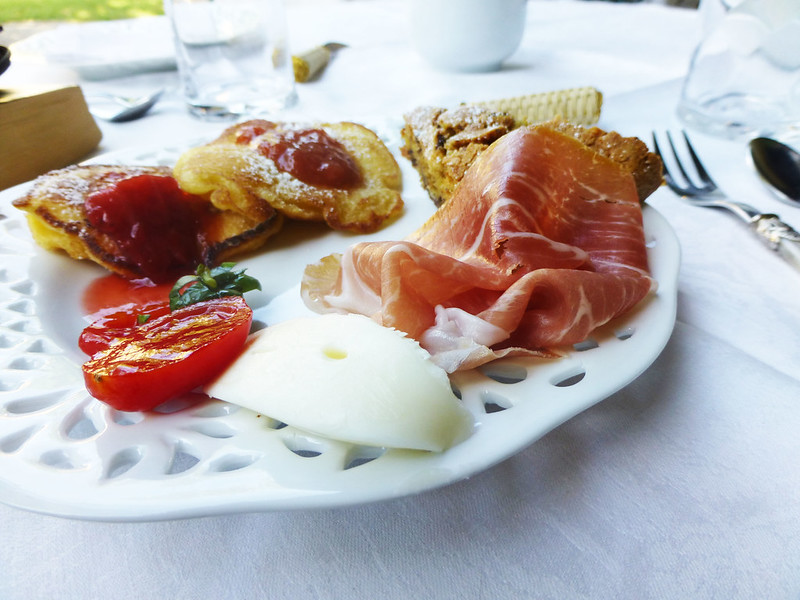 Not only is Osteria Francescana (ranked among the best restaurants in the world) here, but it’s the original home of balsamic vinegar. And I don’t mean the thin tart stuff sold in grocery stores. I mean thick, aged, tart, slightly sweet real balsamic. A trip to a balsamic vinegar producer (which normally also includes a tasting) is worth the trip alone.

Plus, just down the road you’ll find Parma (home of the famous ham and cheese), Bologna (where bolognese sauce and lasagna were invented), and Vignola (where fresh cherries are king). One of the best breakfasts I’ve ever had was in a B&B outside Parma. 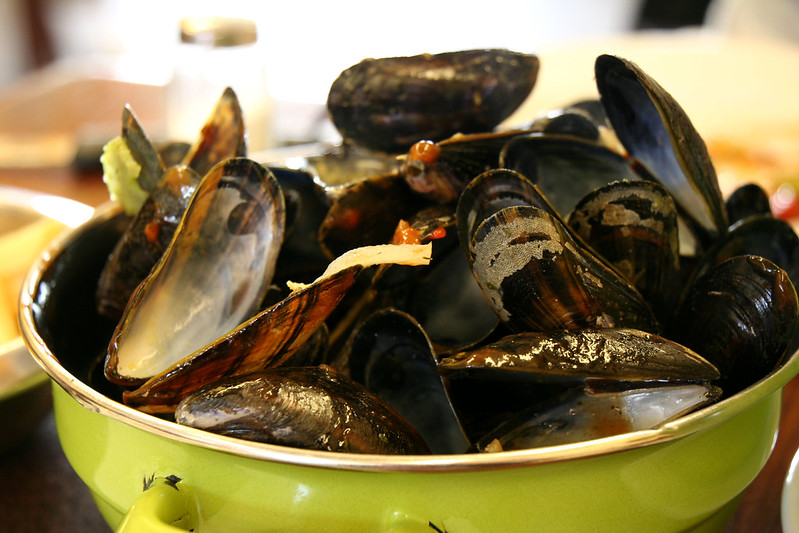 Waffles, anyone? Belgium wasn’t somewhere I expected to sing to my foodie soul, but it exceeded my expectations at every turn. Waffles. Chocolate. Beer. Those are the starting points and the most famous culinary treats. But mussels and fries, pancakes, and soups are also majorly tasty here in Belgium. You can’t go wrong with Bruges (which is also almost painfully pretty) or Ghent (the grittier, student-filled city down the way). 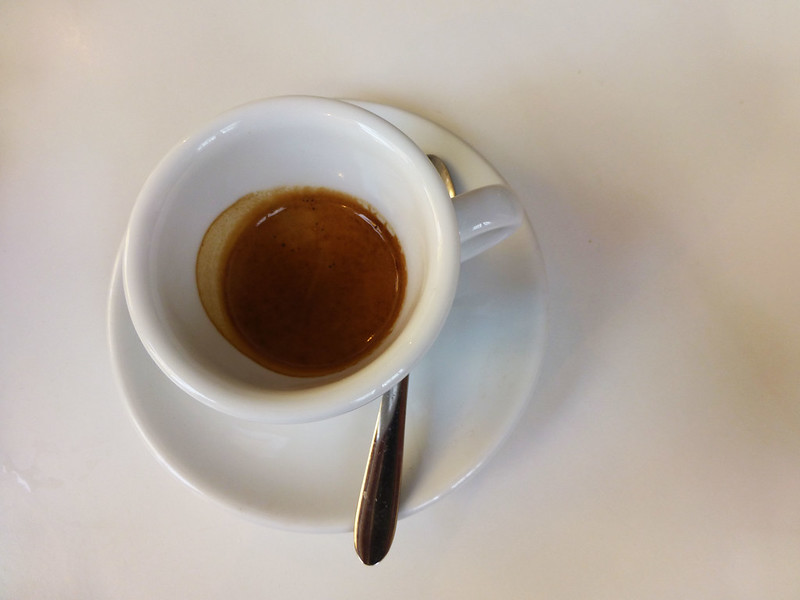 Unfiltered beer and crisp, lemony schnitzels await in Austria’s capitol. Not to mention the best goulash I’ve had anywhere and some famously rich hot chocolate. As with any big city, it’s good to ask around and get a local perspective on where to eat. Tourist traps might not be quite as impressive as the hidden-away back-alley restos my friends took me to. 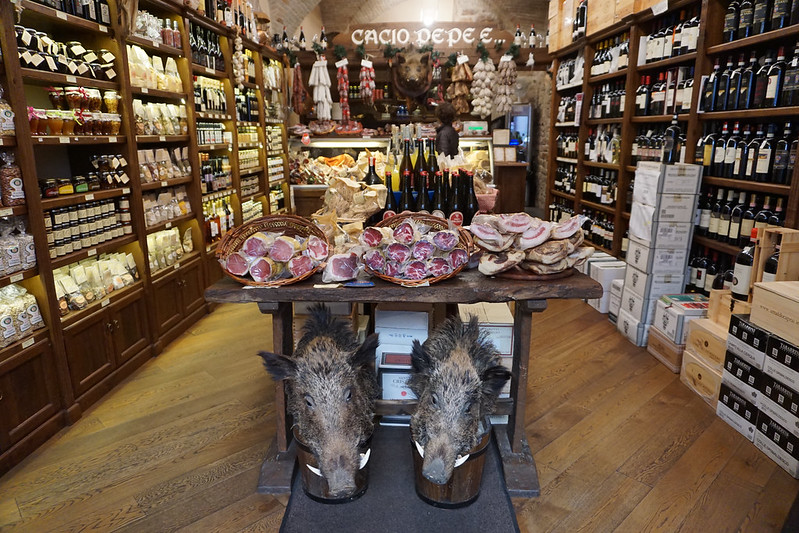 Italy in general is a foodie heaven, but I have a soft spot for Assisi because it combines all my favorite things: charming towns, gorgeous hill country, nice forest hikes, and such good food! Check out Osteria Piazzetta delle Erbe for delicate, delicious meals and Cacio e Pepe for sausages, spreads, and some of the best jams you’ve had in your life. 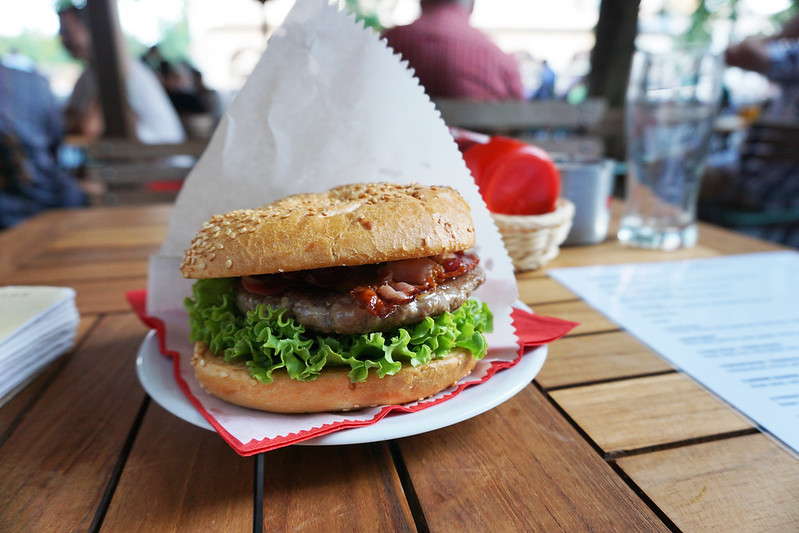 The top female chef in the world is tucked away just outside this pretty Slovenian village – and the village itself isn’t shabby in the food department. Even better, it’s a foodie trip on a budget. Even $2 hamburgers are surprisingly flavorful and sparkling wine costs around $1. Do skip the town’s pizzerias, though. They don’t live up to the hamburgers at all.

And now, to you, friends: favorite foodie spots in Europe?

Going to Italy? I’m a fan of Walks of Italy’s food tours, which you’ll find in Rome, Venice, Florence, Pompeii, and Milan. If you use my link to sign up, I get a little commission – so thanks!

Winter in Rome: On Enjoying Cities But Definitely Not Being City People

We’re doing fine. How are you?

The amazing thing about Europe(and we’ve only been to France and Germany so far)is the quality of the food, from produce to bread, meat, and dairy to meals we’ve eaten out. You can pay a lot more in the US for a mediocre oversized burger and way more greasy fries than anyone needs to eat! We shop at the local markets, fromageries, and boucheries, and have truly never been disappointed with the taste or the costs of quality, enjoyable nutrition! We hope to be living in Alsace before the end of the summer if all goes well with our visa process.

Agreed! The food is incredible.

my daughter and I are planning a trip to France, Belgium and England. One city we want to visit is Bruges. I’ve never been so I’m not sure how much time to plan on our stay in Bruges. Another ? is about England. We will probably have a day at the end of our trip back in England after we leave Belgium. (first part of the trip will be a few in London.) What towns would you recommend for just one or two nights – we need a town that would give us easy access to get to the London airport – we won’t have a car!! Oxford? Rye? Cotswold? I haven’t been able to find much info on train travel in England so that is making my decision a challenge. Thanks for your help!

Oh, I love Bruges so much! It’s always hard to say how many days someone should stay in one place, as travel paces differ so greatly. I think staying at least one overnight is nice since you get to see the town in daylight and in the evening. Personally, I could spend more time there as I just love wandering the streets and trying new waffle places. Every time I go, my visit is too short (always just a day or two before I have to move on).

In my opinion, I think that one of the unmissable destinations for food-loving tourists is Milan. The cuisine of this beautiful Italian city is full of typical dishes that originate from the rural tradition and even today there are many typical restaurants in the city. Milanese cutlet (“Cotoletta alla milanese” or simply “Milanese”) is a must-eat dish for all foreigners, it is veal covered with a mix of grated bread and eggs, all fried in butter. The typical cheese of Lombardy, the region of Milan is the Gorgonzola, both in the sweet and spicy version, inevitable in the kitchen of every good restaurant, ask for it! Rice is grown in the countryside around Milan and in the rice fields of Pavia and is, therefore, the fundamental ingredient for cooking the yellow rice, called “Risotto alla Milanese”, with saffron. Other typical Milanese dishes you can read in the link below, look for the paragraph “Curiosities and typical dishes of traditional Milanese cuisine” … ok, it is written in Italian, but it will not be a problem for greedy foreign tourists to translate with the internet. Enjoy your Milanese cuisine!