Getting Off the Beaten Track in Europe (& Around the World)

In this year’s annual survey, someone asked for more off-the-beaten-track suggestions for Europe—a request that comes as no surprise because don’t all of us want a special experience, a unique experience, an experience few others tourists have dared to chase down?

I certainly spend a lot of my own time looking for hidden gems and lesser-known must-sees. I think a lot of us do.

But as I thought more about the request, I also realized that off-the-beaten-track can mean so many things.

Compared to Rome or Paris, Ljubljana, Slovenia may feel off-the-beaten-track. Yet, Slovenia played host to almost 4 million tourists in 2015 and about 12% of overnight stays were in Ljubljana.

Sicily doesn’t get nearly as much attention as Rome or Tuscany, Venice or Cinque Terre, but the island still got between 10 and 20 million hotel bookings in 2015.

And while the idea of going to Bosnia and Herzegovina sounds exotic, the town of Mostar is wildly popular and Sarajevo gets its fair share of visitors these days too. In fact, the country increased its tourism by 21% just a couple years ago. 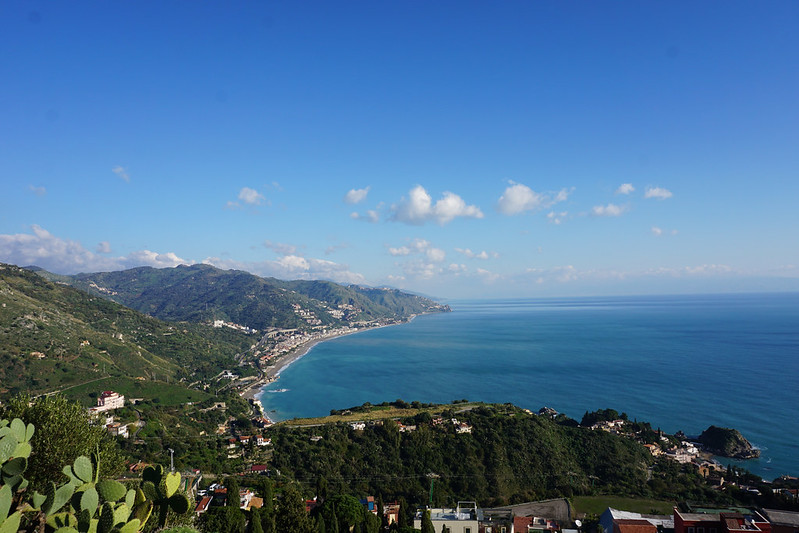 And, yet, even in the most touristy, well-loved, crowded places, it’s easy to get away from the tourist throngs and find a more local scene.

In Taormina, a city known as the Pearl of Sicily, the week after New Year’s Eve was packed. But all Chad and I had to do to get away from the crowds and find ourselves almost entirely alone was walk a single block down from the main street. Just one block and the crowds disappeared.

Same thing applies to big cities. How many of the tourists who visit New York City make it to Queens or Staten Island or Harlem or Brighton Beach’s crazy Russian night clubs? How many of the tourists who visit Rome find themselves wandering the Prati neighborhood? (According to our tour guide last month, not many.) In 2015, over 15 million international visitors came to Paris, but how many made it into the lesser-known museums or the residential part of the Montmartre neighborhood or the Les Puces flea market? 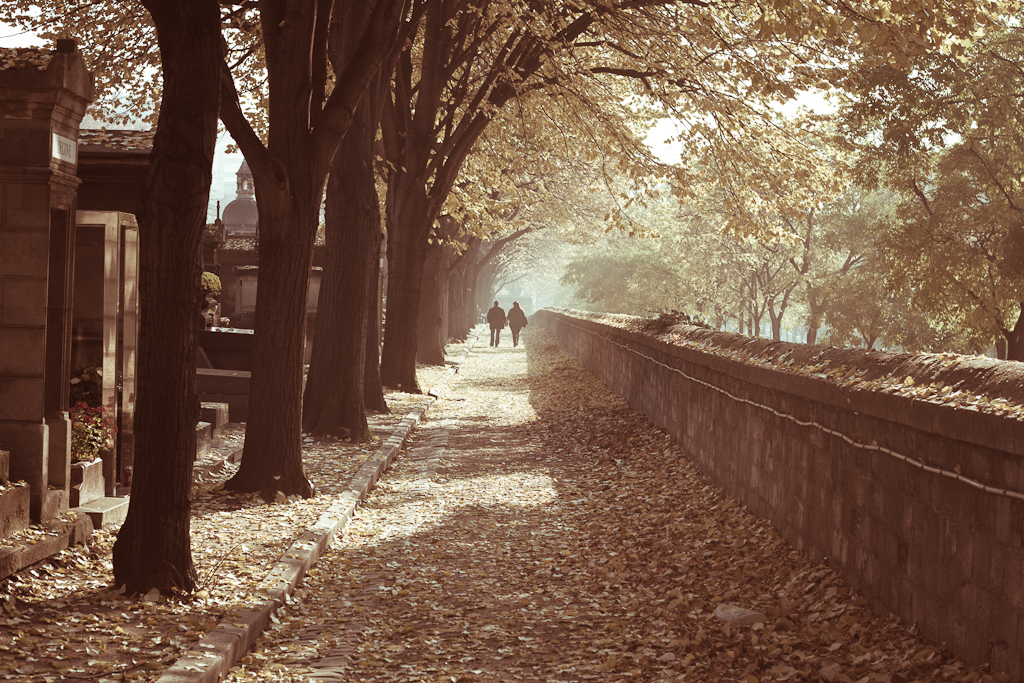 If you genuinely want to experience a place that few others will in their lifetimes, a trip to Mongolia or Nauru or the Marshall Islands or perhaps a pilgrimage in Japan might hit the spot.

If you’re looking for something not quite so far out, perhaps a place with healthy tourism, but far less crowded than the usual suspects of Paris, Rome, and New York City, is a better bet. Slovenia (particularly Kobarid and the Soca Valley) probably fits the bill, as does Ghent, Belgium (unless you go during the famed Ghentse Feesten, in which case it’s tourism central). 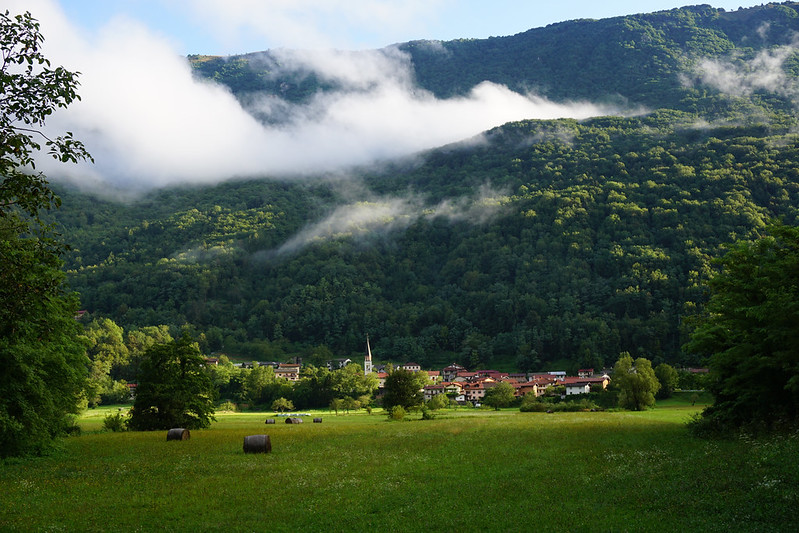 If you want to get to a popular country like Switzerland or Italy, but hope to avoid giant crowds, places like Thun, Switzerland; Modena, Italy;  Sully-sur-Loire, France; Rovinj, Croatia; Saint-Jean-de-Luz, France; and Freiburg, Germany, are a bit lesser-known than their heavy-hitting sister cities.

And even if you want to go somewhere famous like Berlin or Zurich, you can still find ways to sneak away from the crowds. For a rest in Cinque Terre, consider staying in nearby, adorable Biassa. When in Paris, check out the Les Puces flea market or the Rodin Museum. In Venice, step into almost any alleyway and walk a block or two from the main road and you might just find yourself all alone. If you’re going to Malta, head up to the lesser-visited island of Gozo. 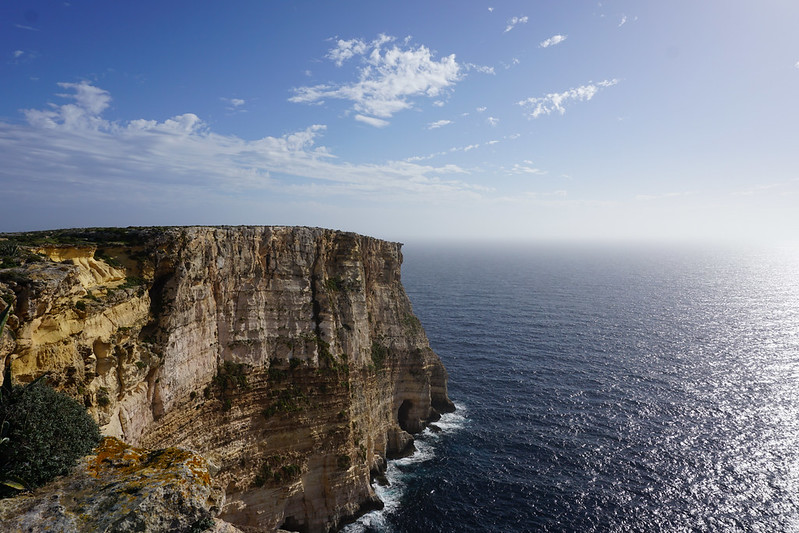 The cliffs of Gozo

And if you want to hit the big tourist checklists in the major, compelling touristy cities? An unusual, less-crowded way to do it is to go in the off-season.

Rome might be sweltering and shoulder-to-shoulder in summer, but in winter it’s manageable, cool, and still often sunny.

Dubrovnik gets thousands of cruise ship visitors nearly every day from May through October; in March or April, cruise ship arrivals are lesser in both frequency and size.

And even Lauterbrunnen, Switzerland, gateway to the highest train station in Europe, gets intensely quiet a week or two into September, even though the weather still tends to be nice. 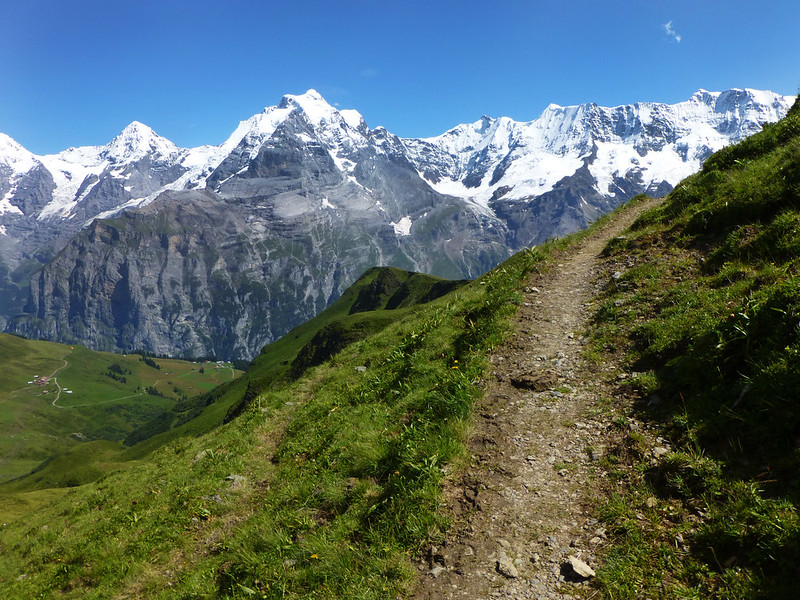 As for me, I tend to choose touristy, popular places in winter when they’re still charming, but far less crowded, and lesser-known places in summer, when the more popular places are bursting at the seams. Which is why this year we’re spending winter in Taormina and Rome, spring in Dubrovnik (just before the cruise ships start coming in), and summer in Bosnia and Slovenia.

And for those of you craving more off-the-beaten-track recommendations, I’ve created a whole category for my lesser-known finds. They span all the categories above: some are little-known towns, others lesser-known spots and hidden gems in popular places. And I’ll keep adding to that category as I find more.

Once Upon a Time in Ottawa, Canada

Ask a Local: What Should I Do/See/Eat in Ottawa, Canada?

Going to the Doctor Abroad: France

Where Does a Full-Time Traveler Go On Vacation?

Even in a busy place like Venice in June, I was able to find some quiet time by going out for a morning run…just me and the locals. Or in the busier time of day, by simply wandering down a pedestrian way where there was no one.

I agree that it is more and more difficult to be “off the beaten path.” You really have to make your own way and take a chance by walking down a street with few people or taking a drive on the road less traveled.

To me this is when the magic happens.

Going to Mongolia in July. And I firmly agree, living in hugely popular cities for foreigners, just walk a few blocks away from the crowds, and the place is empty except for the locals, such a huge change with minimal effort, so very worth it.

[…] nomad Gigi Griffis describes it perfectly in Getting off the Beaten Track: “even in the most touristy, well-loved, crowded places, it’s easy to get away from the […]