Ask a Local: What Should I Do/See/Eat in Minneapolis, Minnesota? (& Where We Stayed)

A big thank you and welcome to Melissa Rach, author of Content Strategy for the Web and owner of Dialog Studios in Minneapolis, who is here today to share her favorite haunts and eats in her hometown of Minneapolis, Minnesota.

I’m originally from Appleton, Wisconsin, which is five hours—and a huge culture divide—away from Minneapolis, where I’ve lived since 1997. (Minnesota’s culture is heavily influenced by the reserved Scandinavian immigrants who settled here, while Eastern Wisconsin is more…boisterous.)

I own a small content consultancy called Dialog Studios. We help organizations figure out how to use information wisely. I spend most of my free time chasing kids and dogs around, reading novels, and going to see live music.

If someone is visiting Minneapolis for the first time, what should they do and see?

The Minneapolis-St. Paul area is overflowing with great museums and theaters. I generally take visitors to the Walker Art Center sculpture garden (which is actually under construction this summer, but back next year) and for a walk around Minneapolis’s Chain of Lakes. There are three lakes with paved, public trails around them: Lake Harriet, Lake Calhoun, and Lake of the Isles. There are lots of nice restaurants and activities to do around the lakes.

And, of course, there is the Mall of America, which is honestly worth a visit. Just once. Because it’s a ridiculously huge and extreme sociological experiment. There are roller coasters, 500+ stores, and you can walk around there in the winter without freezing your face off. It’s an easy light rail ride from downtown. 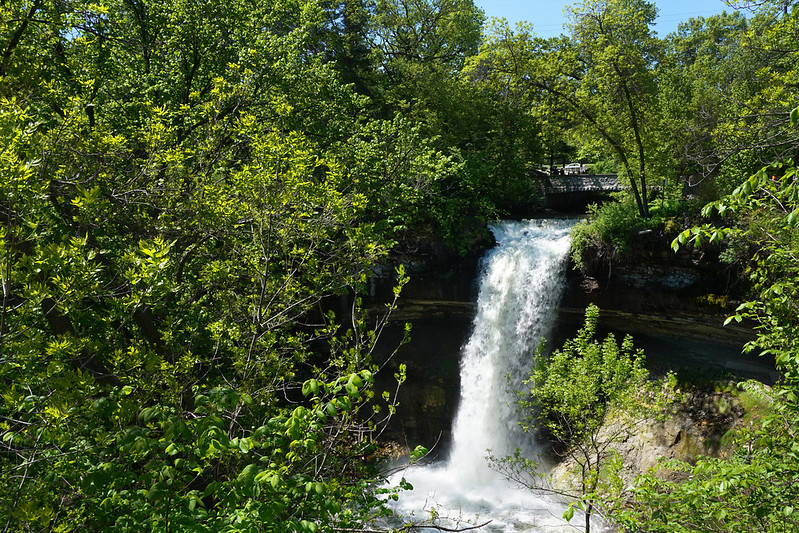 What are some of your favorite hidden gems?

To see what’s going on, locals look at the We Do Cultural District (with its downtown events calendar and artist-curated walking tours) and City Pages (the go-to calendar for events of all kinds in the Twin Cities).

Places I recommend specifically include:

:: The Guthrie Theatre, which is world-renowned for groundbreaking plays, but the building itself is open to the public and stunning. Take the escalators up to the Endless Bridge (a cantilever over the river) for some of the best views of the Mississippi, Stone Arch Bridge, and the surrounding areas.

:: The Mill City Museum, which is a cool and quirky museum about the industry that built Minneapolis: Flour mills. General Mills, Pillsbury, etc. are all from Minneapolis. Like Lucky Charms? You’re welcome. Everyone in my family enjoys the interactive exhibits. It’s right next to the Guthrie so you can visit both in one trip.

:: Minnehaha Falls, which is a waterfall in south Minneapolis surrounded by a lovely park. There is a great restaurant (SeaSalt Eatery) and lots of amenities, such rentable peddle-cars in a bunch of sizes. It’s a local favorite. You can get pretty close to it via the light rail train that runs from downtown to Mall of America.

What neighborhoods do you recommend staying in for those who want to get a real taste of the city?

You can’t go wrong staying around the Chain of Lakes in south Minneapolis, but my favorite area is Northeast—just across the river from downtown and full of artists’ communities and local bars/restaurants. There is also The North Loop, where most of the trendy bars and restaurants are right now.

If you’re really motivated, you can go to Canada (it’s about five hours to the border), or you can try:

:: The North Shore: The shore of Lake Superior is where the locals go to relax and get back to nature. There are many nice towns, attractions, and parks.

:: Itasca State Park: Out-of-towners go to Itasca to walk across the headwaters of the Mississippi (the point where the Mississippi River begins is shallow enough to earn the walking-on-water bragging rights). It’s also a beautiful park.

:: Stillwater: A picturesque small town on the St. Croix River about 50 minutes from Minneapolis. There are lots of touristy shops, paddleboat tours, decent restaurants, and views across the river to Wisconsin.

What nearby walking paths, parks, or natural areas would you recommend?

There are literally hundreds of miles of paths in the Twin Cities area.

You can start by checking out The Grand Rounds, which is a huge system of trails that link all of Minneapolis’ lakes, parks, streams, rivers, and downtown together. It’s easy to get to from almost anywhere in Minneapolis.

If you’re serious about hiking or biking, check out the Three Rivers Park District trail maps and you’ll find 20-mile-long trails in just about every direction, in the city and surrounding areas.

And my particular favorite is Hyland Lake Park Reserve, which has loads of paved and unpaved trails around lakes, prairies, and woodlands. There’s a great beach if you want a mid-hike dip. In the winter, all the trails are turned into cross-country ski trails. But, you’ll need a car to get there from downtown.

What local dishes and drinks should people try while in your area? And what are your top five favorite bars and restaurants in your area?

Let’s start with Scandinavian food. As I said earlier, Minnesota culture was really influenced by Scandinavian settlers. There is a Nordic Food Movement in the city right now, which has resulted in several hip restaurants that specialize in making Scandinavian food tasty (whether you’re Scandinavian or not). These include Fika Café (at the Swedish Institute, recently voted best lunch in Minneapolis), Upton 43 (Swedish food by a French-trained chef in the lovely Linden Hills neighborhood), and The Bachelor Farmer (“Simple food that honors Minnesota and the surrounding Northern region” in the North Loop). P.S. Don’t miss the Marvel Bar in the basement below The Bachelor Farmer for some of the city’s best cocktails.

Now, for the Juicy Lucy. Minneapolis also claims to be the home of the Juicy Lucy or Jucy Lucy, big burgers with cheese stuffed inside. There are two restaurants a couple blocks away from each other that both claim to have invented it. The first is Matt’s Bar, where President Obama and the Man vs. Food guy go for a Jucy Lucy. The second is The 5-8 Club, where I go for a Juicy Lucy.

And, now for something completely different…These two Northeast Minneapolis bars (with food) are owned by the same woman (Leslie Block) and are destinations in their own right. They’re only a few blocks apart, but there is a shuttle that goes between them for easier barhopping. The first is Betty Danger’s Country Club, “a country club for the 99%,” this place is dedicated to making fun of exclusivity. At the faux country club, they serve you boozy drinks while you ride on a Ferris wheel and play on mini-golf course that features plastic goats. The second is Psycho Suzi’s Motor Lounge, an enormous complex including three 70s-esque Tiki bars with live music and the biggest outside patio in the city (overlooking the river).

Finally, my family’s favorites are:

:: Victor’s 1959 Café for delicious Cuban food. It’s my daughter’s favorite because they let you write on the walls and tables with Sharpies.

:: The Kenwood. We usually go for brunch, but it’s always good. Plus, it’s an easy walk from Lake of the Isles.

:: Gardens of Salonica for traditional Greek tastiness in Northeast Minneapolis.

Do you have any tips for saving money while traveling here?

Minneapolis is a very bikeable city and there are Nice Ride bikes to rent throughout the city, which is an inexpensive alternative to cabs and Ubers.

There are also lots of ways you can see free art. Try a MadeHere walking tour (MadeHere is a program that puts local artists’ work in empty storefronts throughout Minneapolis. There are two installations a year and you can download the map). Visit Minneapolis Institute of Arts, which is free every day. Or visit the Walker Art Center on free admission days (Thursday night or the first Saturday of the month).

As for cheap eats, check out Rusty Taco in the northeast (which has really good tacos for $2 – 4), The Local in downtown (for “wee lunches” that are smaller and cheaper versions of their signature dishes), or Cocina Latina in south Minneapolis (which has huge portions of authentic Latin American food for good prices).

Where are the best places to get a memorable photograph of your area?

Anywhere on the Stone Arch Bridge, the northwest side of Lake of the Isles, near the Lake of the Isles Lutheran Church (with the city skyline behind you), from the Guthrie Theater’s “Endless Bridge” (with its great view of the Mississippi and St. Anthony falls), in front of the Bob Dylan mural on the corner of Fifth Street and Hennepin Avenue, or at the Walker Sculpture Garden in front of the Spoonbridge and Cherry (when it’s open).

Where can we find Wi-Fi?

Pretty much any coffee shop or hotel lobby will work. But if you want to do it in style, try the stunning Minneapolis Central Library (it has a coffee shop in it, too).

Anything else you want us to know about your city or the surrounding area?

Yesterday morning I answered this question with a cheeky list of ways to meet Prince. A few hours later, Prince was gone and Minneapolis is literally in mourning. You won’t run into The Purple One riding his bike around town anymore, but you can still experience his essence by visiting his old haunts (and doing requisite Purple Rain reenactments).

Where We Stayed in Minneapolis

Finally, a bonus: below is where Chad and I stayed during our recent week in Minneapolis. We took a bunch of Melissa’s suggestions above, renting NiceRide bikes and circling the city to see Minnehaha Falls and the lakes, as well as downtown.

We actually booked a place that was a tiny bit closer to downtown, but at the very last moment, our Airbnb host cancelled, leaving us just 48 hours to rebook. The place below, owned by a very nice man named Dan, was the one that rescued us from our panic, not only giving us a clean and comfortable place to work and sleep that week, but also working with us to accommodate our original budget (since all the last-minute options were quite a bit more expensive than our original rental) and our evening arrival time.

I was grateful for the rescue and glad to find the place was simple, clean, and comfortable, with good Wi-Fi and a location close to downtown (15 minutes by bike, five by car). The neighborhood isn’t the best according to my Minneapolis friends, but we didn’t have any issues (aside from what was probably some dumb kids ringing our buzzer in the middle of the night one night). 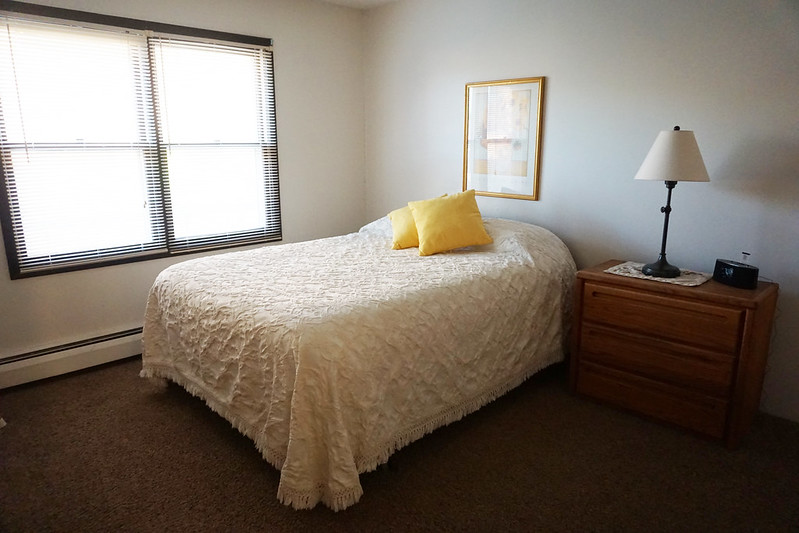 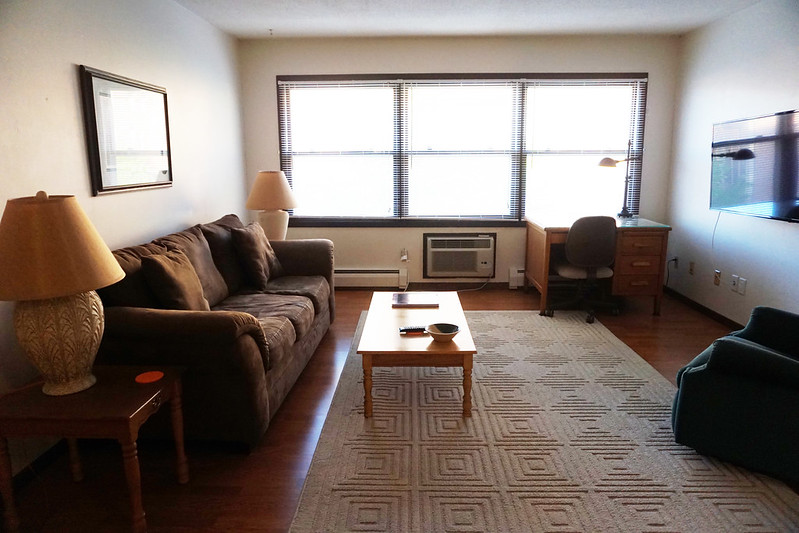 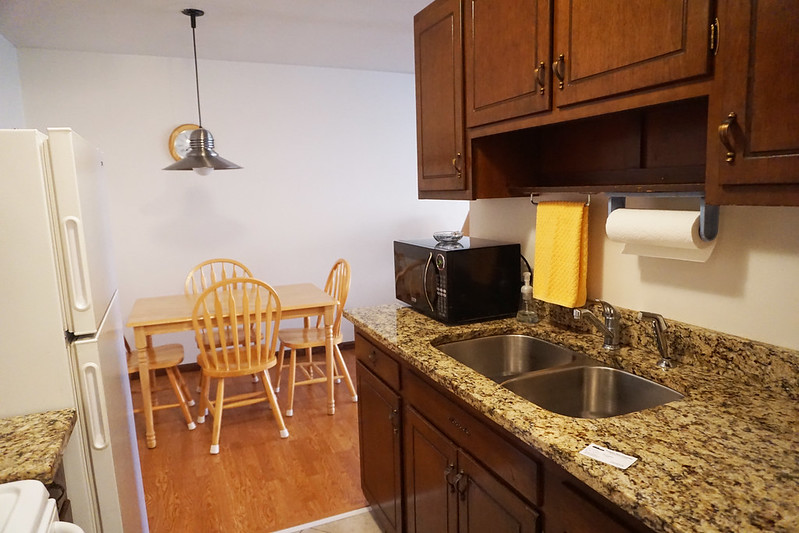 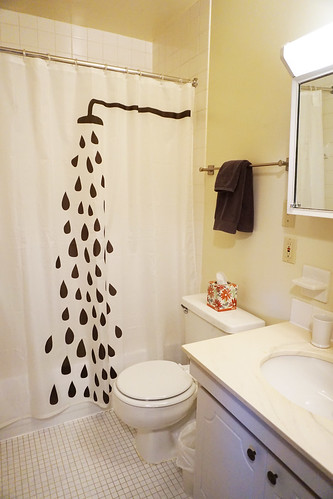 If you’re interested in renting, you can find the apartment here on Airbnb. And if you’re signing up for Airbnb for the first time, would you use this link? You and I will both get a nice little credit.

Ask a local: what should I do, see, and eat in Milano, Italy?

Ask a local: what should I do, see, and eat in Sorrento, Italy?

Ask a local: what should I do, see, and eat in Cremia, Italy?

Ask a local: what should I do, see, and eat in Genova (Genoa), Italy?

Ask a local: what should I do, see, and eat in Montepulciano, Italy?

Ask a Local: What Should I Do/See/Eat in New York City?