What to eat in Slovenia (and where to eat it): An interview with Ana Roš

When I first visited Slovenia a few years ago, I expected epic natural landscapes and good prices. What I didn’t expect was a hidden gem of a foodie scene, full of some of the best farmers markets I’ve ever encountered, food festivals bursting with flavor, little-known wines that captured my heart, and fine dining experiences that incorporated local ingredients with time-honored cooking techniques borrowed and tweaked from other parts of Europe.

In short, this very picky foodie fell in love with Slovenia, and it’s a country I recommend constantly to others seeking something special and new.

Which is why when Ana Roš – the top female chef in the world and, of course, the top in Slovenia – agreed to an interview, I was absolutely thrilled.

What, in her opinion, should foodies eat in Slovenia? Where should we make our reservations? What shops and markets and food festivals does she herself frequent?

Ana’s story is the kind that makes you want to stand up and cheer. She trained as a skier and a diplomat before she met her husband Valter – a man whose family owned a small restaurant called Hiša Franko (pronounced Hee-sha Fran-ko).

As fate would have it, his parents were retiring just as Ana finished her degree, and so the young couple decided to take over the family business. And here’s the twist: Ana was not a trained chef.

At first, the restaurant struggled. They lost their regulars. But Ana is a pillar of perseverance and as she studied and tested new recipes, learned from her chef friends, and gained confidence, something shifted.

According to the Netflix documentary Chef’s Table, it was a food critic friend who created the turning point. He loved his meal, but why didn’t Ana embrace local Slovenian cuisine? He asked.

And that changed everything.

Since then, Ana has become known for her creative embrace of Slovenian ingredients. She’s known for foraging ingredients from around the restaurant, aging local cheeses in unique ways, and creating hyper-local Slovenian raviolis.

And lucky for us all, next spring, this iconic chef is coming out with a book (called Rain and Sun) that chronicles both her personal journey and a series of recipes. 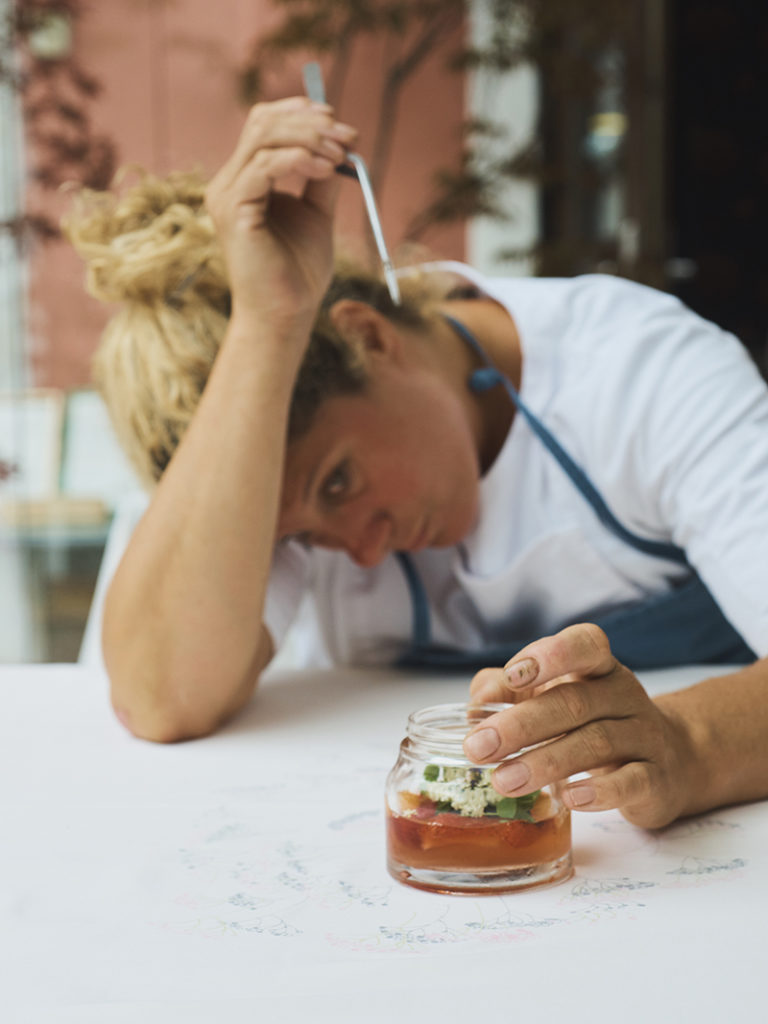 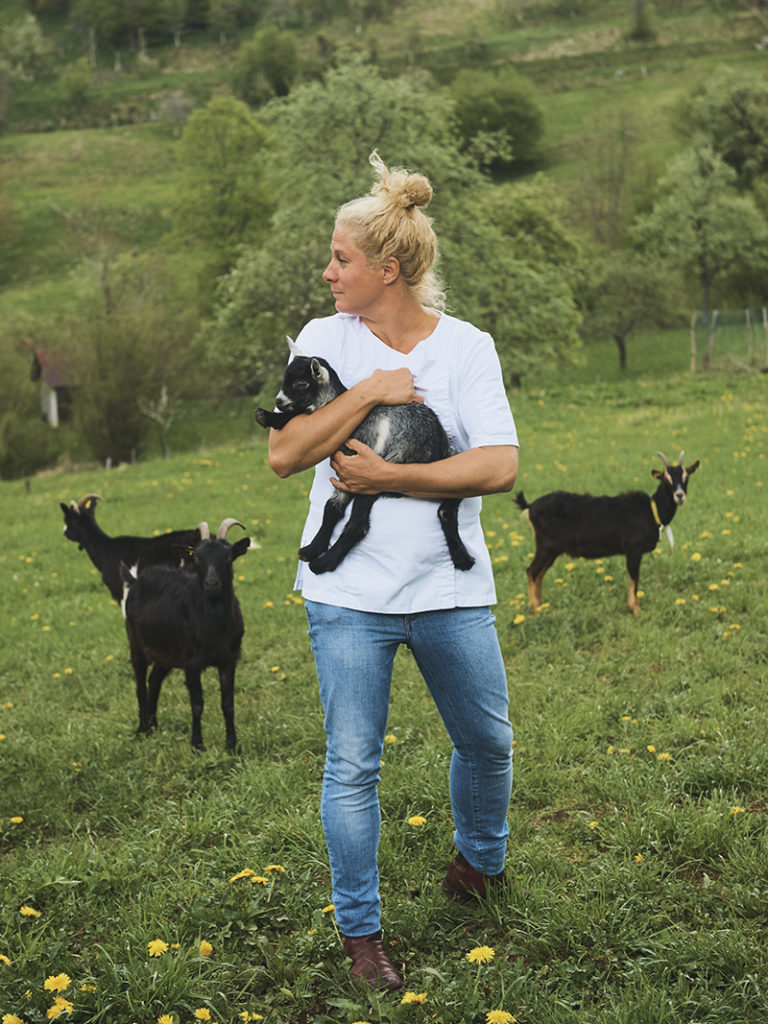 What to eat in Slovenia

So, what should we try in Slovenia according to this iconic chef? In addition to her own creations at her restaurant, which should obviously be on any foodie’s list, Ana has a few suggestions. But first, she reminds us that Slovenia may be a small country, but its culinary scene is decidedly diverse.

In her own words, “Slovenia is one of the most geographically and culturally diverse countries. It’s difficult to define traditional cuisine because every corner has its own. Though there are some common things that unify us.”

“Every village has its own variety,” Ana says. “Usually the recipes have never [even] been written. Even the recipes within a family keep on changing.”

The Slow Food Foundation calls Štruklji a traditional Slovenian sweet, but Ana points out that there are both sweet and savory versions of the filled and rolled dough dish. In some cases, it’s fried and in others it’s baked. Common fillings include apple, poppyseed, berries, cream cheese, walnuts, tarragon, meat, or cottage cheese.

This handmade pasta from Idrija – a town in western Slovenia – is another dish that strikes Ana as characteristic of her homeland. “[It is] prepared by miners’ wives and filled with potato and chives,” she explains.

The plump finished dumplings look a bit like ravioli with a dent at the top. Estimates say locals consume 50 tonnes of these cute potato dumplings each year and consumption is on a growth trajectory.

As Ana said, in Slovenia, everything is regional. When planning a trip, your best bet for finding the most interesting food is to research specifically by region and town and seek out restaurants doing interesting things with hyper-local ingredients and traditions. 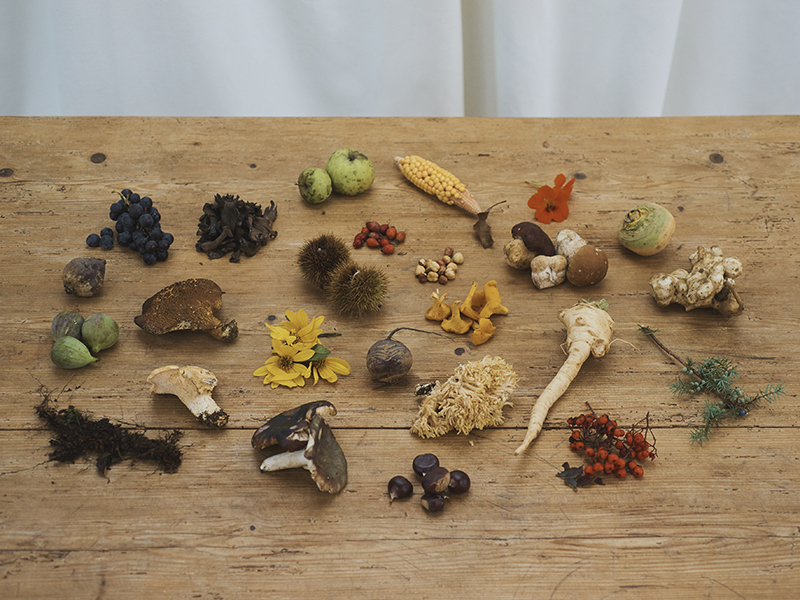 The best restaurants in Slovenia

Now that we know what to eat in Slovenia, the question becomes where. Where does Slovenia’s best chef eat when she isn’t in her own kitchen? Where does she recommend we book a table?

“[Here you’ll find a] young, funky chef who is very daring making nice interpretations of Slovenian cuisine,” Ana says. “He changes the menu all the time, but one of the [particularly] beautiful things [he’s made] in the last [few] years has been a combo of scampi from the Northern Adriatic, which are very sweet, with black pudding. The other thing that’s pretty famous at his restaurant is pig nose.” 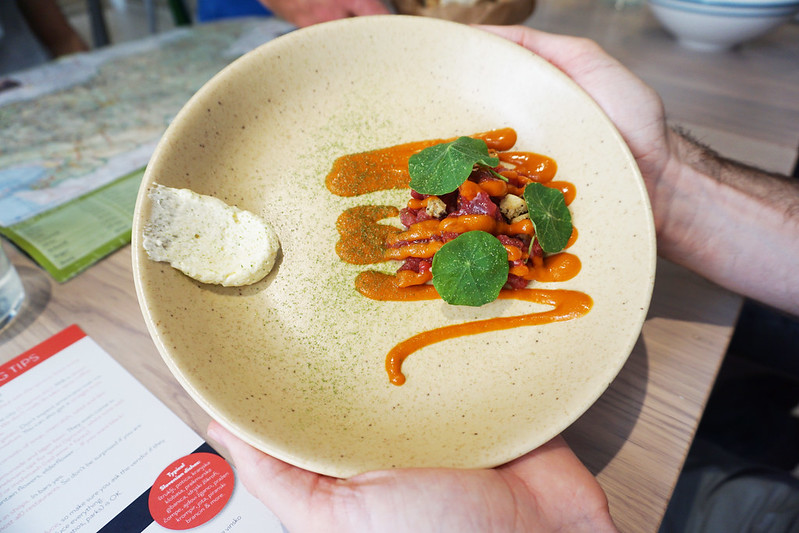 The young, open-minded owners have trained around the world, Ana says, calling them “fashionable and elegant, but Slovenian at the same time.”

“The menu changes a lot, but I must say, go in with an open mind and order whatever they suggest – and don’t forget to drink some wine there. They have an amazing natural wine list.”

20 kilometers outside Ljubljana, Chef Luka Kosir is “mixing up sea and land flavors,” according to Ana, and those flavors are well worth exploring. “[The menu] looks Scandinavian,” she says, “but in the end, it’s all about Slovenian products.”

Other reviewers praise the place for its wild ingredients and field-to-plate preparations. According to the restaurant itself, 80% of its fruits and veggies are grown on their own farm.

Ana’s primary restaurant is located just outside Kobarid – a cute mountain town perched above the winding Soča River. And her and her husband’s second restaurant – a traditional Slovenian tavern – is right in the heart of the village itself.

“I think we were able to create an example of simple but true Slovenian dining,” Ana says, highlighting the tavern’s frico, polenta, gnocci, and roast beef.

Other reviewers rave about the place and point to its cheeses and meats as standouts, as well as Kobarid’s traditional spiced struccoli cakes with walnuts and raisins. 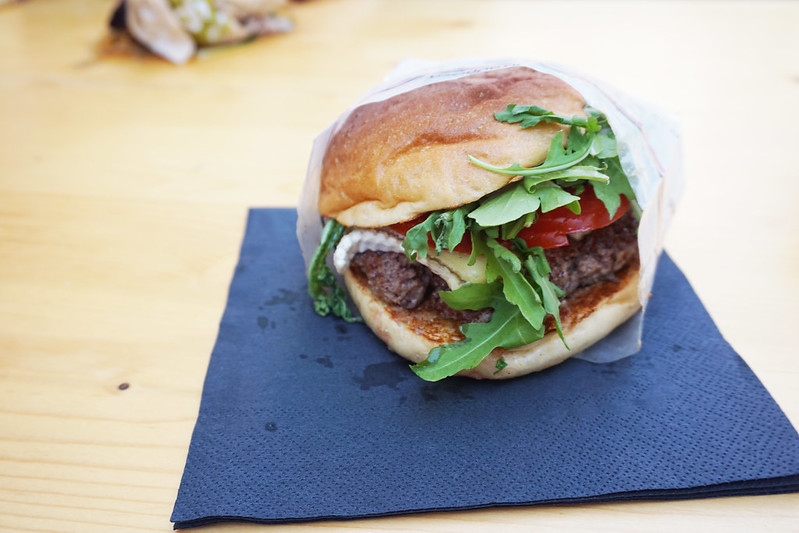 Before letting Ana get back to her kitchen, I wanted to know not just what to eat in Slovenia and which restaurants to frequent, but also what food festivals, shops, and markets she recommends. After all, if you want a real sense of what’s seasonal, local, and beloved, a fresh market or hyper-local shop is the place to find out.

So where should foodies shop and which festivals should we frequent? Here’s what Ana had to say:

This festival takes over one of Ljubljana’s main squares every Friday from March through October and according to Ana, it’s one of the places to be for Slovenian foodies.

“It’s all about street food and a lot of famous restaurants in Slovenia present their creations there,” she explains. 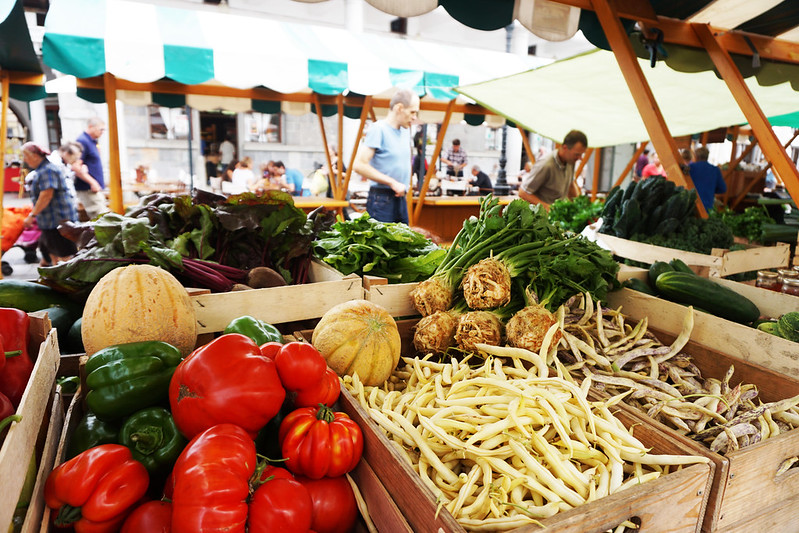 “[Held] every day, [but especially extensive on Saturdays], Ljubljana’s open market features vendors from all around the country,” Ana says. And with how gorgeous and sprawling the market is, that fact should come as no surprise.

Expect everything from bottles of pumpkin seed oil to air-dried, cured meats to piles of brightly colored fresh produce.

“On the coast,” Ana adds, “the market in Koper is amazing. Only one hour from Ljubljana and you are on the Mediterranean with asparagus, cherries, and peaches already in season as early as February!”

According to Ana, “In the mountains, the only serious shop in Kobarid is Planika – a supermarket owned by local farmers. Since it’s locally owned, it offers what real people really need when they live high in the mountains and go down in the valley once per week. It’s like a museum – full of amazing local products from syrups to honey to pollen to all kinds of dairy products (because it’s also owned by the dairy farmers). [You’ll even find] gardening tools and school supplies. [Wander around and] you’ll end up in a section where you can get cow bells and salt for goats and even super warm thermal underpants.”

Finally, I asked Ana if there was anything new or exciting happening at Hiša Franko that we should know about. She said by the time you read this, they’ll have re-opened in March 2019 with a pretty new concept.

“We organized and made the dining rooms even more beautiful, putting in wood, warm colors, fire,” she explains. “[And] we are about to open a cheese, biodynamic wine, and chutney shop with products prepared by our kitchen. I think we’ve never been more active.”

If you’re going to Slovenia, give Ana’s restaurant and recommendations a try and join me in my quest to dive deeper and deeper into the hidden gem that is Slovenia’s culinary scene.

An in-home cooking class in Rennes

Where to eat in Labin: Pizzeria Rumore