[There are a lot of online searches for Bistro del Arte Brasov. Which makes sense because both spellings sound the same when said out loud. This is the proper spelling.]

Search for the best restaurants in Brașov and you’ll come up with plenty of results, and during our two months in Brașov, we tried many of them. Prettily-plated multi-course meals at the Belvedere on the hill (which does have the best views, though the food was simply average). Vegan and raw food bites at multiple veggie spots in the center. We even attempted pizza at the bar that supposedly had the best pizza in Romania (mysteriously, they never seemed to actually be serving pizza no matter what time of day we stopped by, so we eventually gave up despite the rave reviews online).

But here’s the thing: Despite the high star-reviews on Google and TripAdvisor and the recommendations from locals, every meal we had was just fine. Average. Nothing to write home about.

We were well into month two and I still hadn’t unlocked the food scene of Brașov. I wondered if I ever would.

And then we found Bistro de l’Arte.

Tucked around a corner on an alley in the city’s pretty old town, the dining room feels like a wine cellar or a speakeasy. The walls are brick and stone and the columns that hold up the space have been turned into arches. A well-stocked bar lines the interior wall and raised platforms full of tables rise up on either side.

The menu is full of cheese plates, salads, soups, pastas, and local ingredients. We nearly always ordered off the seasonal menu (brought alongside the regular menu and featuring delicate chicken dishes and roasted red pepper soup, both of which were excellent and comforting dishes), with the exception of a couple splurges on the decadent prime beef bistro burger topped with a fried egg.

The desserts didn’t wow me, but the food is good enough to go without dessert. The artisanal pear cidre from Northern Transylvania was crisp and refreshing. One 500 ml order was more than enough for Chad and I to share.

In our last few weeks, Bistro de l’Arte became the go-to place for takeaway lunches (mostly soup) and leisurely dinners. If I went back to the city, it’d be the only restaurant I’d revisit. 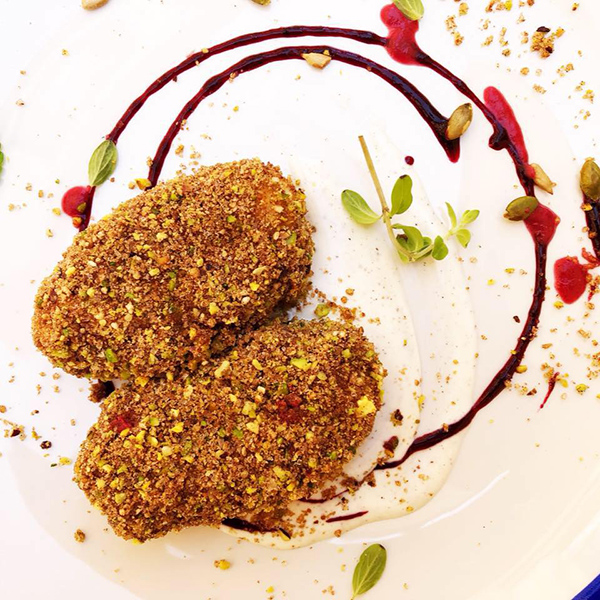 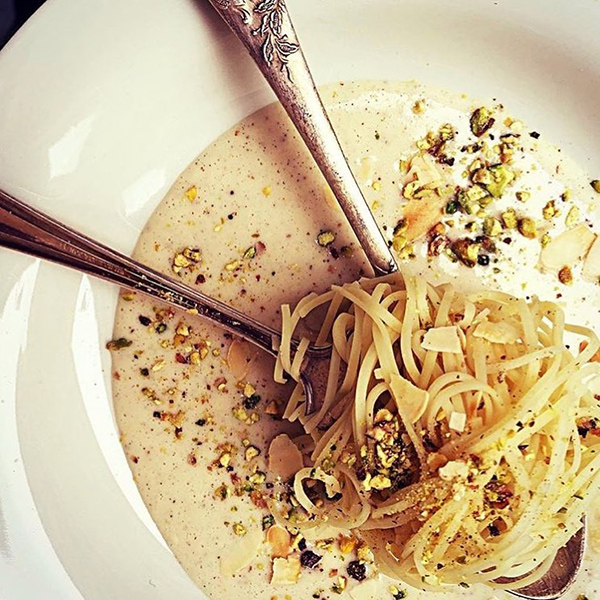 Price range: The average main course is about 30 lei (about $7 at time of writing).

What (else) to do in Brașov

Wander the streets of old town and grab a cup of cheap coffee to go from one of the tiny windows on the main street. If you’re interested in people-watching, the main square is the place to do it. And if hiking is your thing, there are short trails the lead up to the Brașov sign on the hill and an interesting tower on the opposite hill. On a third hill, you’ll find a fortress overlooking the city.

Nearby day trip destinations worth seeing include Bran Castle and Rasnov Fortress.

Where to find pine-needle cheese (May newsletter)