Popular posts
A creepy Halloween cover reveal: The Wicked Unseen is here!
My secret news: I wrote a novel for Netflix!
The most (and least) dog-friendly countries in Europe
The most (and least) hiker-friendly countries in Europe
The ultimate guide to Europe’s digital nomad visas
The cost of traveling Europe: real budget numbers from 9+ years of travel
How we define disability (and how maybe that needs to change)
How I make money while traveling the world full-time: behind the scenes with a...
So You Want to Freelance? Here’s How to Set Your Hourly Rates.
I Have OCD. This Is What It’s Like.
for foodies

Farmers markets in Prague: the good, the bad, and the WTF

Lately, internet research has been failing me. Big time.

I go searching for markets and find nothing but crickets (or, worse, photo essays from local markets with nary an address or market name in sight). I dig around for lists of best restaurants in an area and end up in places that look like grandma’s country club with expensive menus and under-seasoned food.

And in this case, I went searching for a list of best markets in Prague. Because it’s a damn big city and I wanted to know where I should focus my efforts. But instead of ranking markets based on flavor, variety, local charm, or some other metric that makes sense, the lists I found seemed to value popular tourist traps over genuine local haunts.

So today I’m here to tell you about three of the most recommended farmers markets in Prague and why the one everyone mentions first is the least worth visiting. 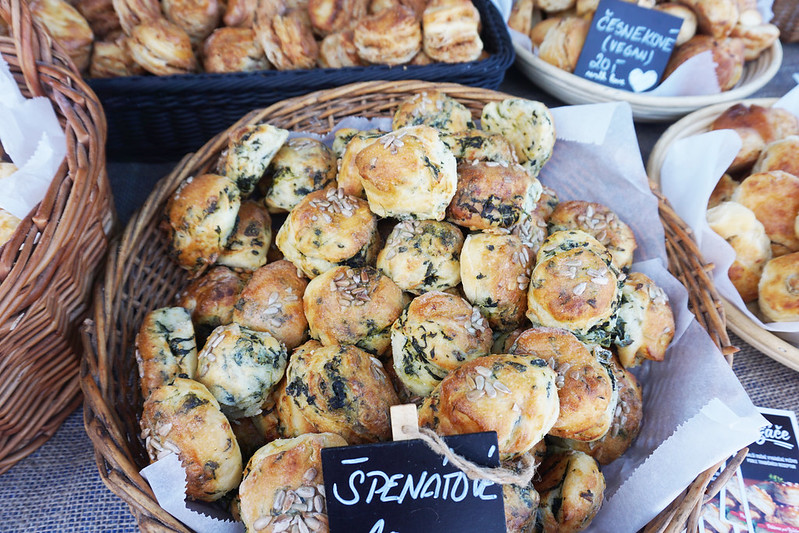 Náplavka is the farmers market that got the most recommendations in the articles I read.

Why? The only reason I can come up with is location. It’s along the river with some pretty views and is a relatively reasonable walking distance from old town.

It’s also touristy as hell and offers less variety than other markets at twice the prices. There were a couple produce vendors and the focus seemed to be on stuff tourists could grab and eat right away, nothing that needed preparing. And while this can be a nice thing from time to time, the prices were what I’d expect to pay in Paris, not Prague.

Were there tasty things here? Sure. We had some good garlic hummus and bought a rather pricey basil plant because the other farmers markets were closed for a holiday. But if you have your pick of farmers markets, this isn’t the one to choose. 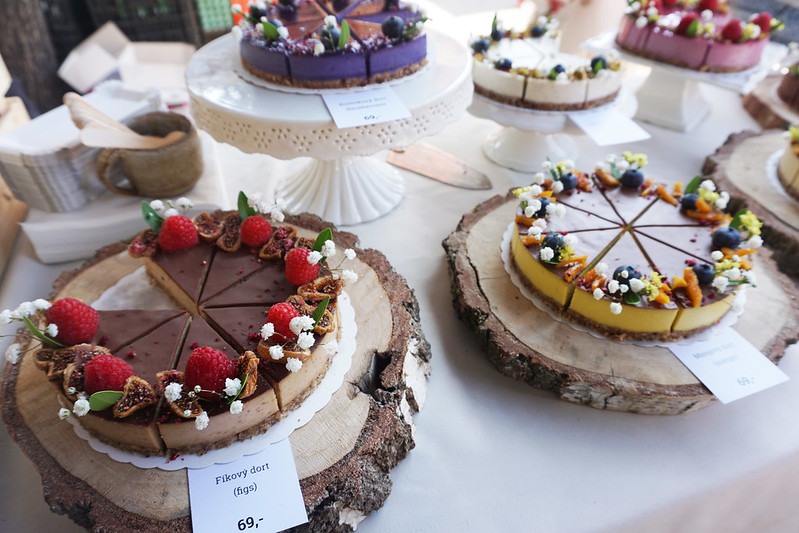 This market and Farmářské Trhy na Kulaťáku are both worth visiting. We trekked to Jirak more often simply because it was closer to our apartment. It also helped that the market was beside a decent bakery and a decent butcher, so I could get almost everything I needed for our weekly meals in one place.

The market is sprawled along the edge of a park and features lots of excellent fresh produce. The berry-selling woman on one end of the market is particularly popular for good reason, so don’t skip the berries if they’re in season. You’ll also find plenty of beautiful cakes, snack/lunch stands selling hot meals, baked goods, nuts, plants, and spreads. Prices are reasonable. 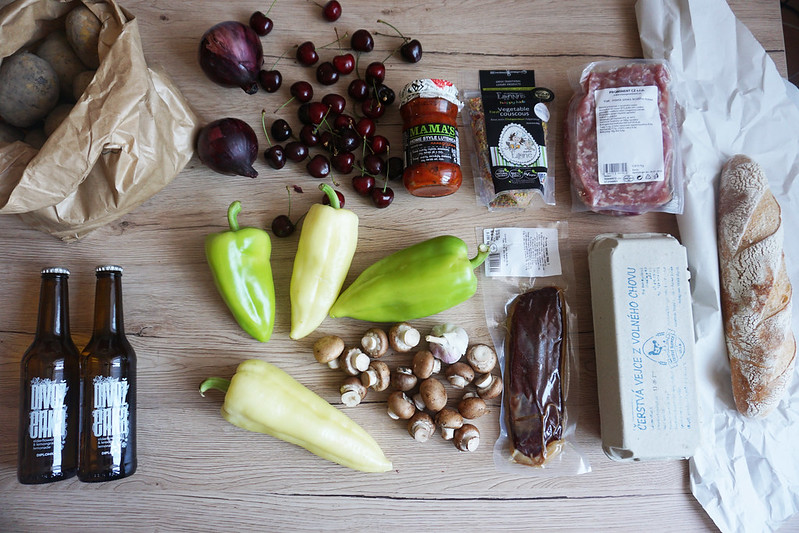 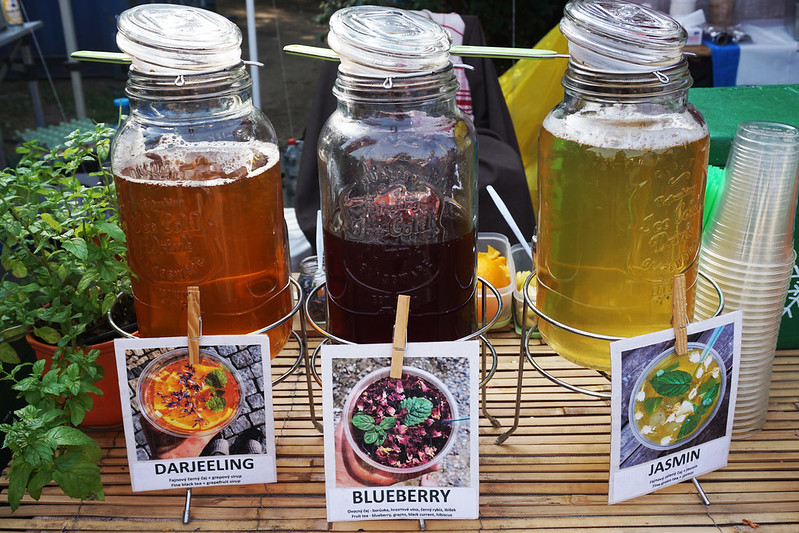 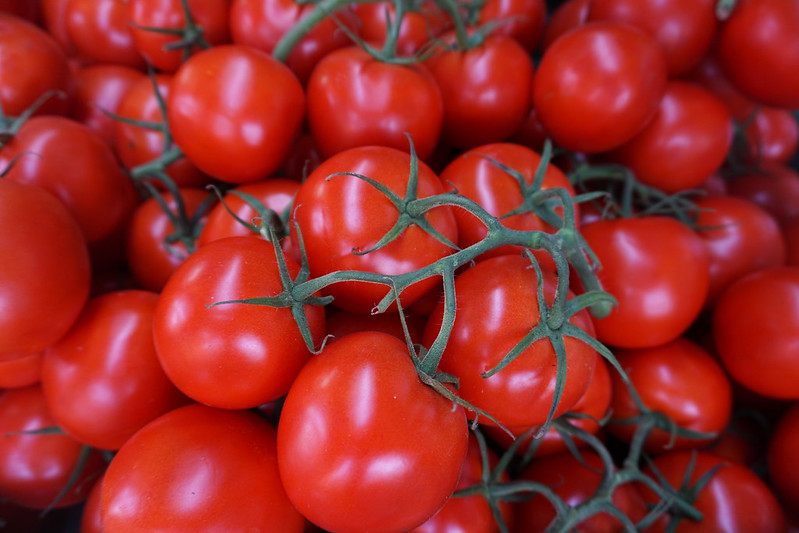 If you’re based closer to Farmářské Trhy na Kulaťáku, don’t worry about missing Jirak. This market was equally worthy of a trip. It’s also located in a park and spreads out along the sidewalk running through said park.

In addition to copious produce sellers with tasty seasonal goods, you’ll find meats, teas, baked goods, sauces, and (a personal favorite) lightly sparkling lemonade in a variety of flavors. There’s also coffee and food trucks if you’re looking for something on the go. Prices are more in line with what you’d expect from Prague.