Beautiful Spaces: Where We Stayed in Bosnia and Herzegovina

As you may already know, this year we chose to spend almost 90 whole days in a European country that gets a lot less press than its popular neighbors:

Torn apart by war 25 year ago, these days the country is peaceful and hard at work rebuilding itself and slowly, quietly growing in popularity for travelers. We chose it as our summer base for its beautiful landscapes and its affordability.

In our 89 days in the country, here are some of the best places we’ve stayed:

We kicked off our summer in Bosnia with a month (May) in fairytale Mostar, where we rented a large, newly renovated two-bedroom apartment just outside old town and just behind a grocery store.

The location was perfect. Truly perfect. Our little balcony looked toward the river and over the town (and if you stood at certain angles, you could see the famous bridge), the apartment was less than a block away from two different entrances to old town, and we were set behind a grocery store, a little away from the road (which wasn’t a main road anyway), so car noise was minimal (something that matters a lot to us). 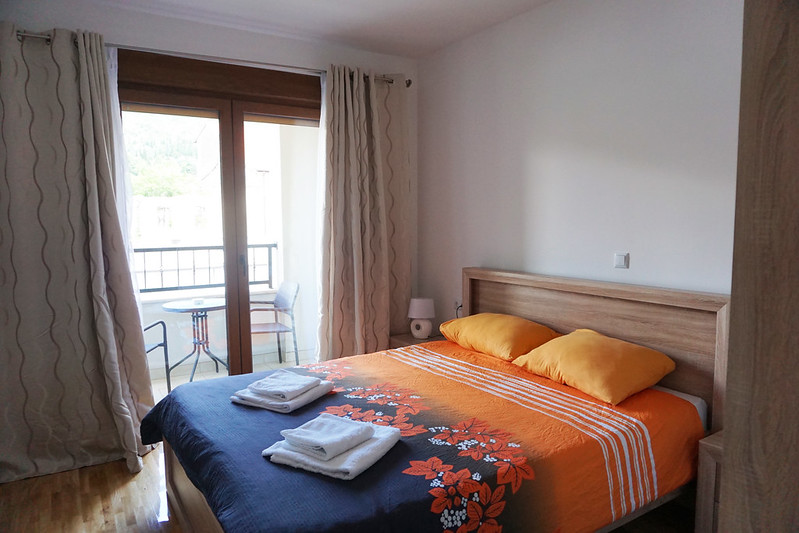 As for the apartment itself, it’s really simple, bright, spacious, and lovely. The living room gets tons of natural light, but the balcony is protected from direct sunlight for most of the day. The second bedroom is smaller and has two twin beds. We used the room as a sort of walk-in closet.

And the kitchen, which is open to the living room, feels spacious and bright as well. For those who like to cook, you’ll be pleased to know there’s an excellently sharp knife, a blender, and the basic pots, pans, and essentials you’ll need. We also found salt and olive oil in the kitchen, which is always a nice little extra. 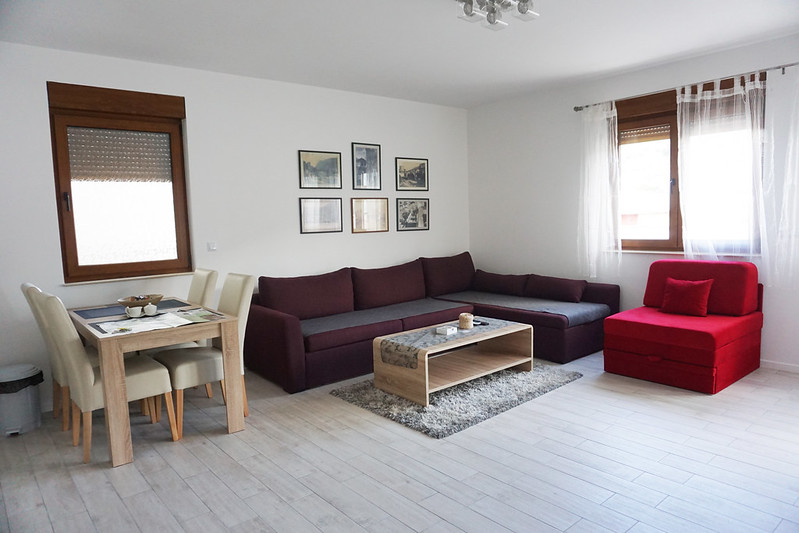 The only downside to the place is its proximity to two different mosque towers. The prayer calls were a bit on the loud side and the mosques weren’t synchronized, so it sounded like two men frantically trying to sing over each other, which was rather unpleasant, especially since two of the prayer calls happened during our sleeping hours.

If you’re a heavy sleeper, though, this is unlikely to bother you. And I’d probably stay here again (just bring earplugs) if I had it to do all over. Honestly there are so many mosques in town, it would probably be tough to find a place near old town that didn’t have this same issue. 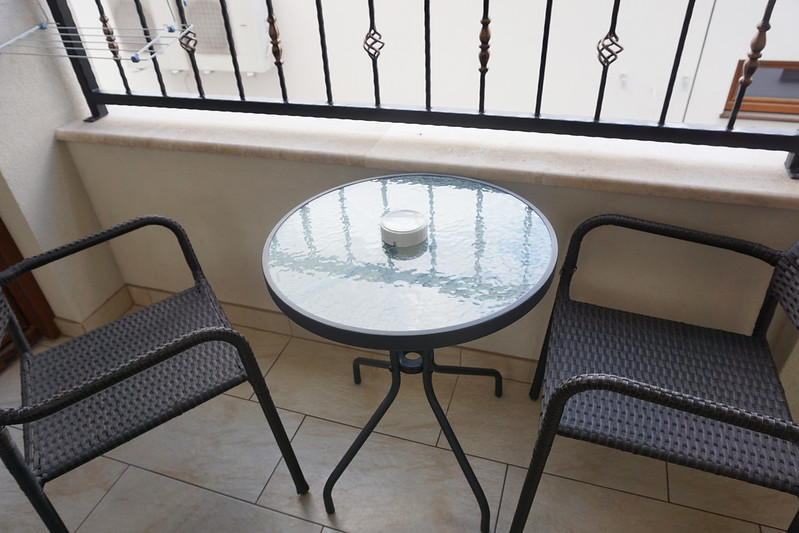 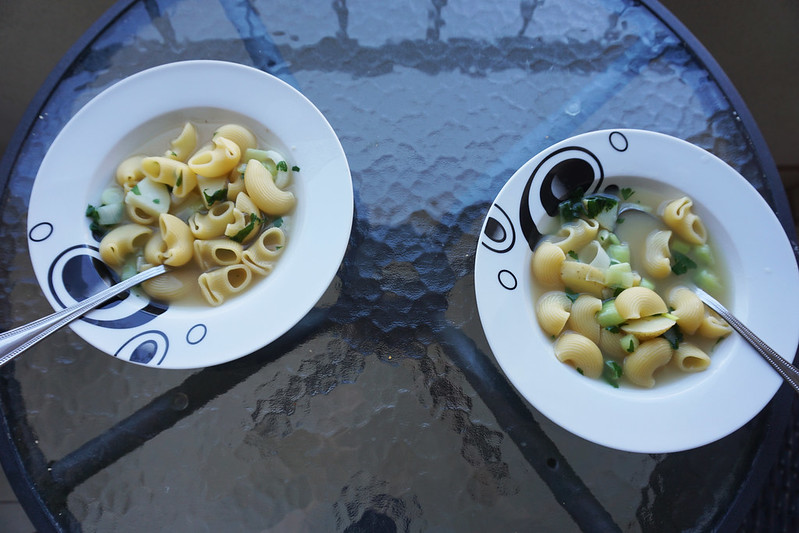 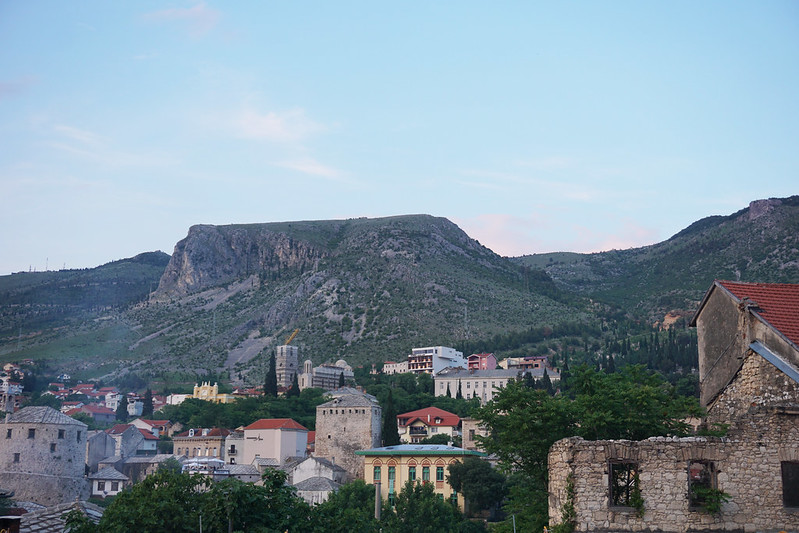 Tucked away in the mountains above Mostar…

In late June, we took a pretty car ride through the gorges in between Konjic and Mostar and up into the mountains for two nights at a quiet, vast, peaceful farm stay on top of a mountain.

The place is perfect for a true getaway, for those who want to unplug and get away from it all, to read, to hike, to eat, to lay on the balcony and watch the wild boars cross the hills. 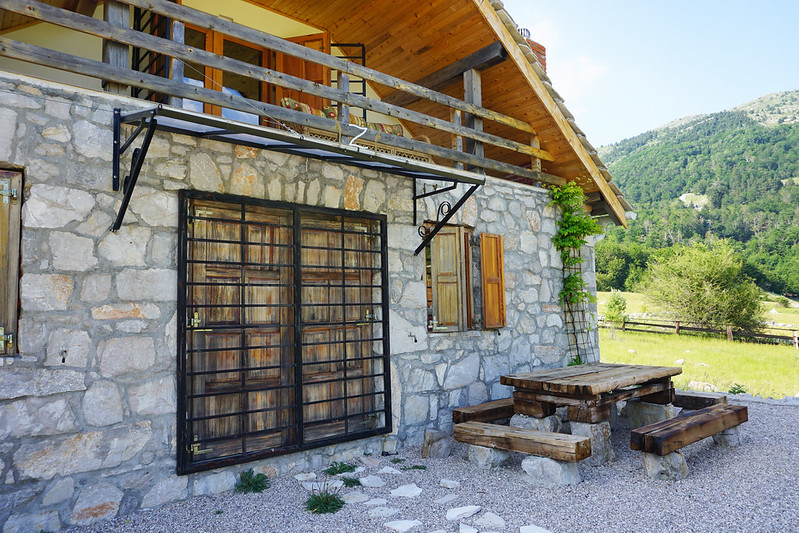 The house itself is simple and charming. Downstairs, you’ll find a spacious living room with a wraparound couch, a fireplace, a large dining table, and a fully stocked kitchen. The taps run with rainwater and outside a massive picnic table invites you to dine with views of the hills.

Upstairs, a warm, bright loft is filled with beds and wooden beams and features a balcony with a comfortable couch and lovely views.

Of all the places we stayed during our 89 days in Bosnia, this was the favorite. 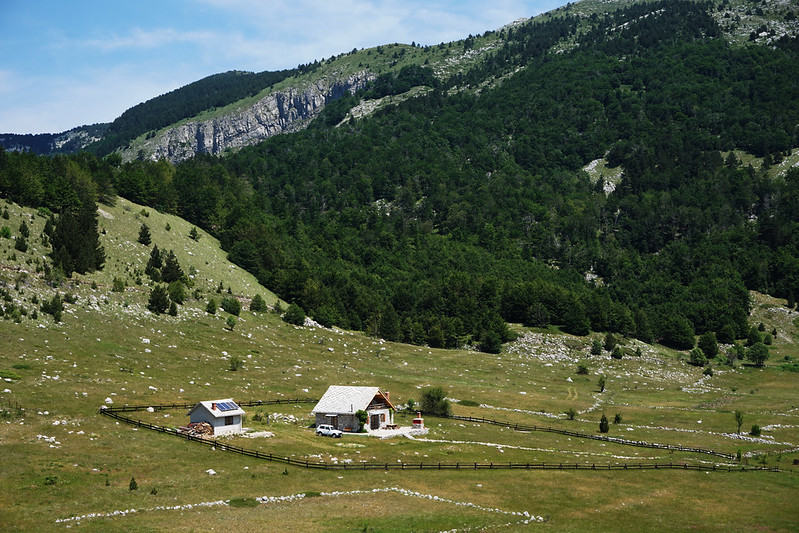 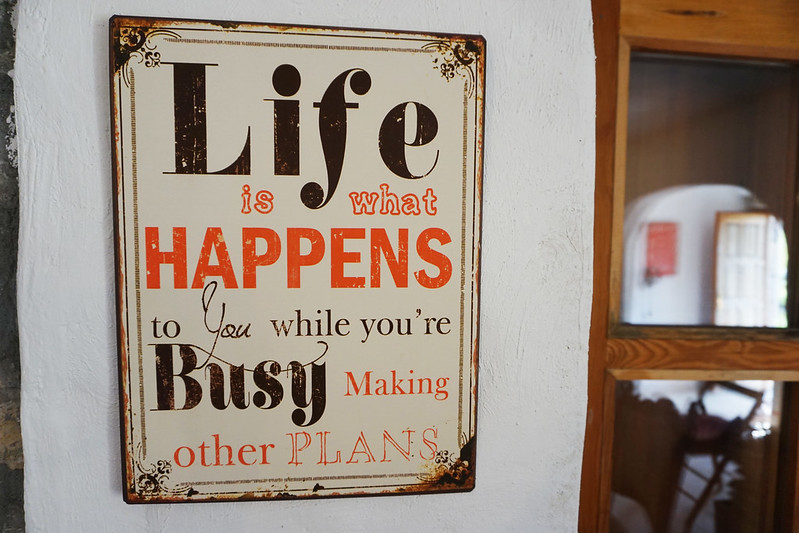 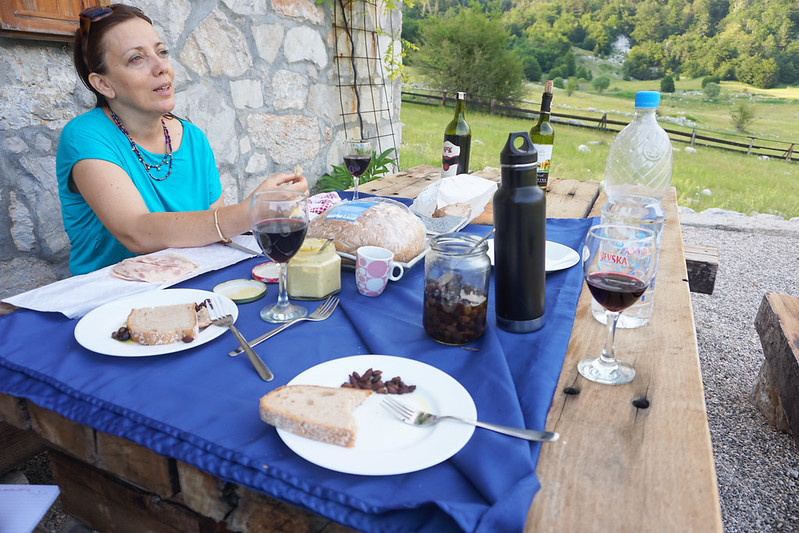 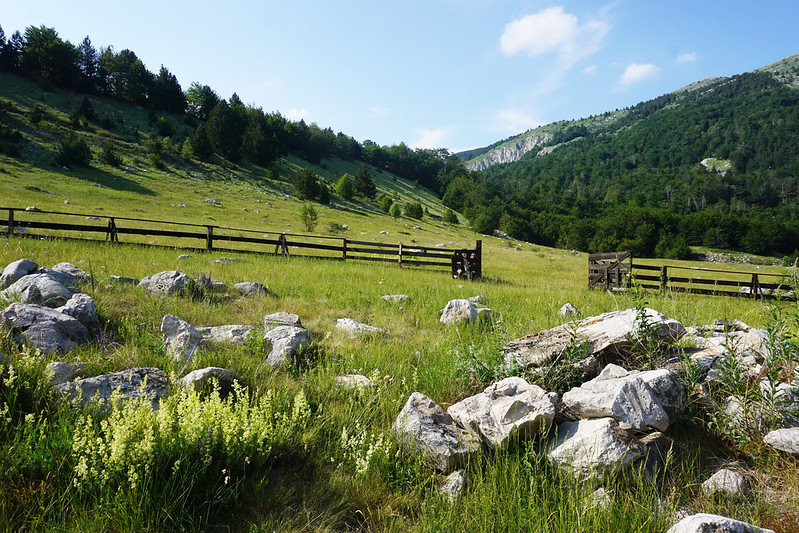 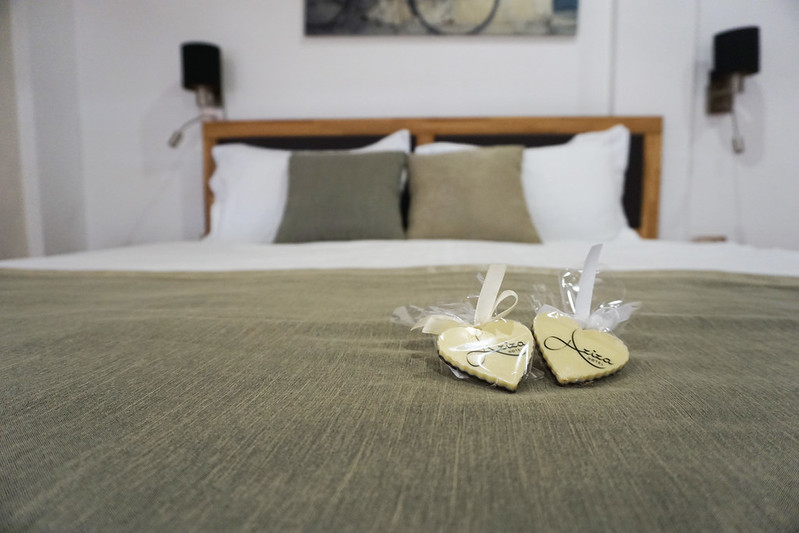 In early July, a friend of mine flew out from Berlin to meet up with us in Bosnia on her way down to Montenegro. For the first few nights, she based in Sarajevo, and so we took the bus out and stayed overnight in the country’s capital city for one night ourselves.

We stayed in the truly beautiful family-owned Hotel Aziza in a charming top-floor room overlooking the loveliest views: 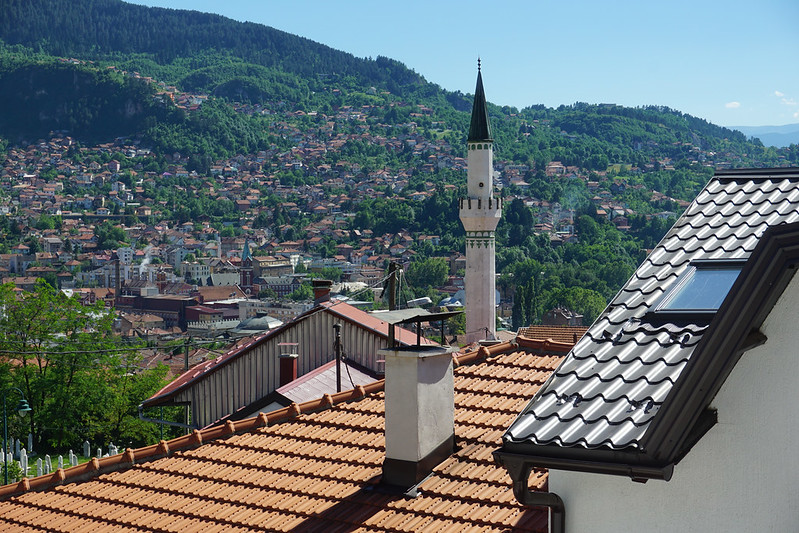 Chad said it was one of the best nights’ sleep he’s had in Bosnia. I thought it would be a perfect place for a little writing retreat, with its large cushioned seats right beside the windows. And we both decided that the hotel was our favorite place in Sarajevo–for its peace and quiet, its architecture, its beautiful decor, its incredibly kind owners and staff, and its nice breakfast spread.

We also liked the location, just up the hill from old town across from a quiet, well-kept cemetery, away from the noise and chaos of the city streets but with easy access to them when we wanted. The views are best in this part of town and we saw very few tourists venturing up to experience them. We felt like we hit the location and comfort jackpot with this gem of a hotel. 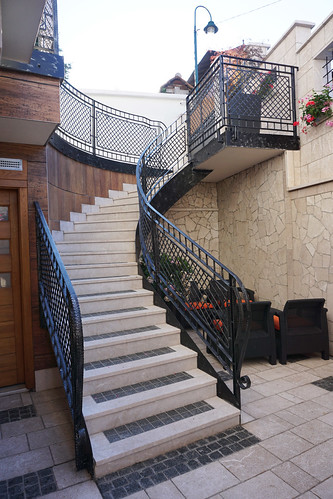 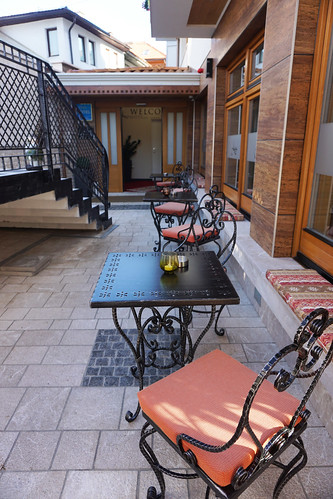 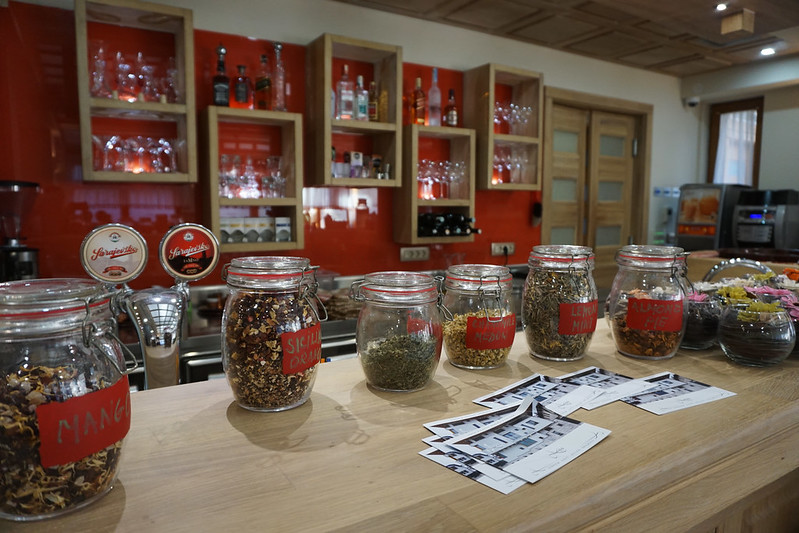 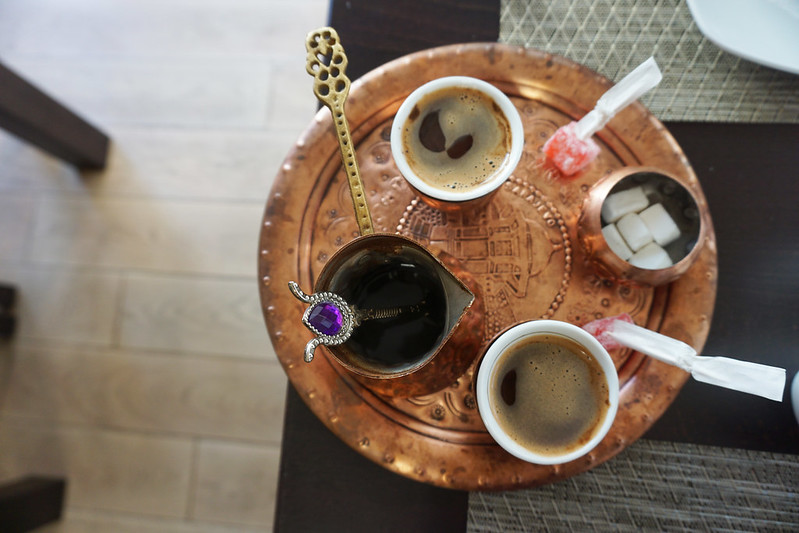 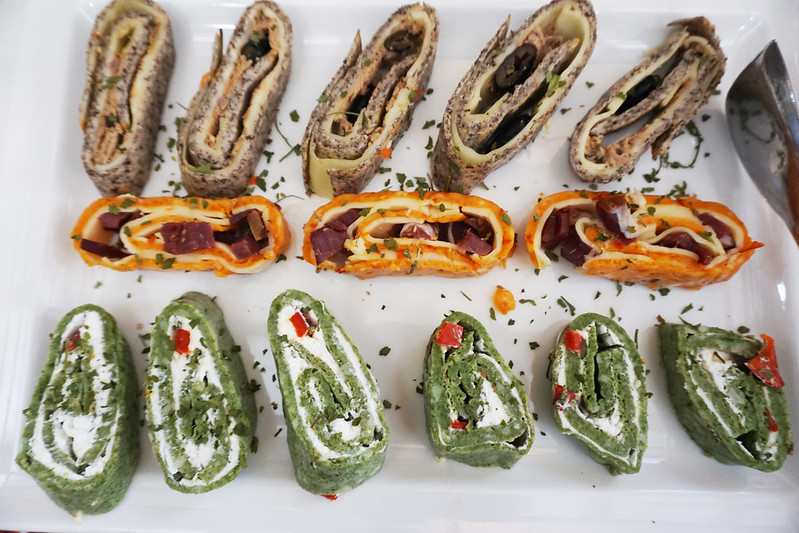 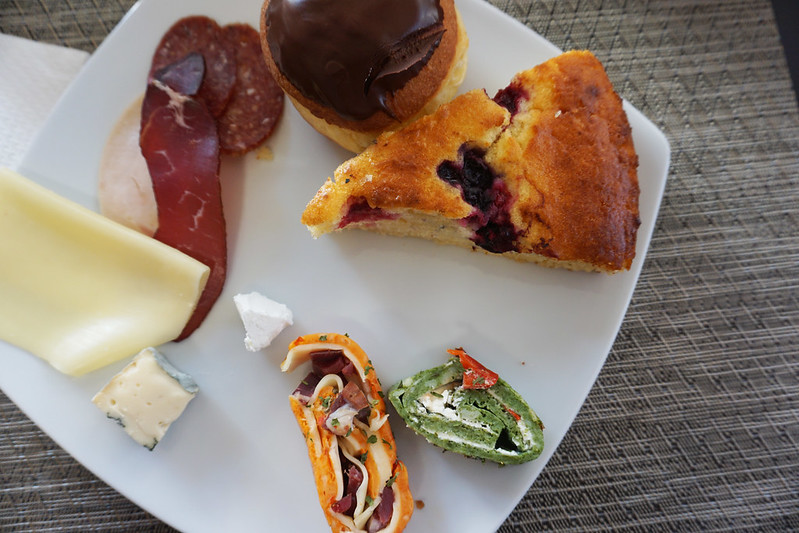 Going to Bosnia and Herzegovina yourself?

You can reserve your own stay our lovely Mostar apartment via Airbnb. If you’ve never booked with Airbnb before, use this link and you and I both get a little credit.

To book your own nights at the magical mountaintop farm stay just outside Mostar, visit Meanderbug. Pricing starts at 85 euros per night, but I recommend splurging on the authentic Bosnian meals if you can (an additional 20 euros per day for two meals). Transportation from Mostar is included (so don’t fret about car rentals and rocky mountain roads). And I advise booking at least two nights. One just isn’t enough.

And to book a night or two in glamorous Hotel Aziza, visit their website. Prices start around 93 euros per night and the breakfast is lovely, expansive, and usually included.

Win a copy of my favorite book!

Beautiful Spaces: Where I Stayed in Lake Bled, Slovenia

We’re Going Back to Europe! Here’s Where We’re Off to Next.

Beautiful Spaces: Where I Stayed & Played in Kobarid, Slovenia

Thanks so much Gigi for sharing about the Bosnia i Herzegovina “Beautiful Spaces” where you stayed. I am honored to be on the list for Meanderbug.com with distinctions.

I would like to welcome any of your readers to check out the farm stay network we are developing in BiH, Montenegro, and hopefully around the Balkan region in the months and years ahead. We see something special happening in the villages where travelers can connect with locals and the beauty there while we can also help the locals preserve their way of life.