In 1956, a train crashed just outside the town of Whistler and somehow the crushed-up train cars ended up in the forest, yards away from the tracks and each other. For years, this site was a mystery. How did the train cars get there? If they barreled through the trees, surely the forest would have been broken up. But no, there was no sign of the wreck, except, of course, for the smashed-up cars themselves.

Recently, some Whistler natives stepped forward to solve the mystery. Turns out the wrecked cars were full of lumber and the train company couldn’t get the mess to budge from their tracks, so they hired the local logging company to bring in their equipment, pry apart the cars, then dragged them up the tracks and into the forest away from the site of the original wreck (which is why you don’t see more forest damage where they came to rest).

Since then, the wreck has been stumbled on and stumbled on again, eventually becoming something of a legend. These days, it’s part art gallery, covered in ever-changing graffiti, part mountain bike park (with intense jumps built up and around the cars), and part savvy tourist curiosity. 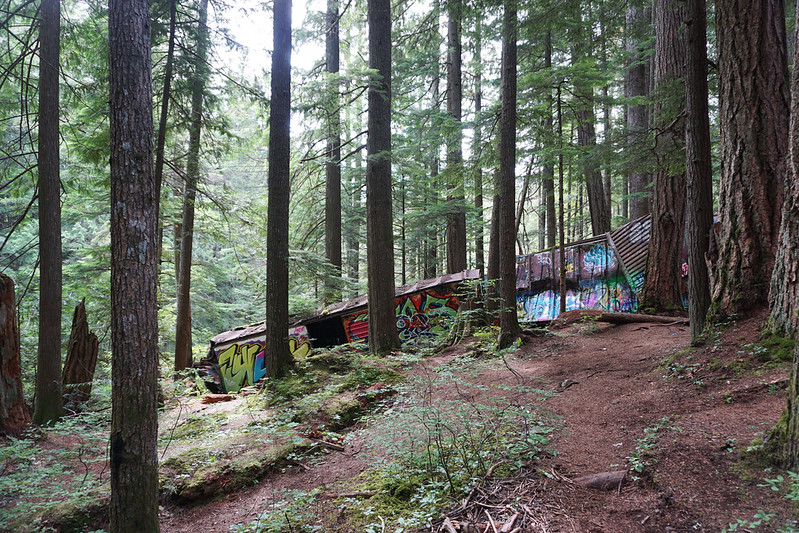 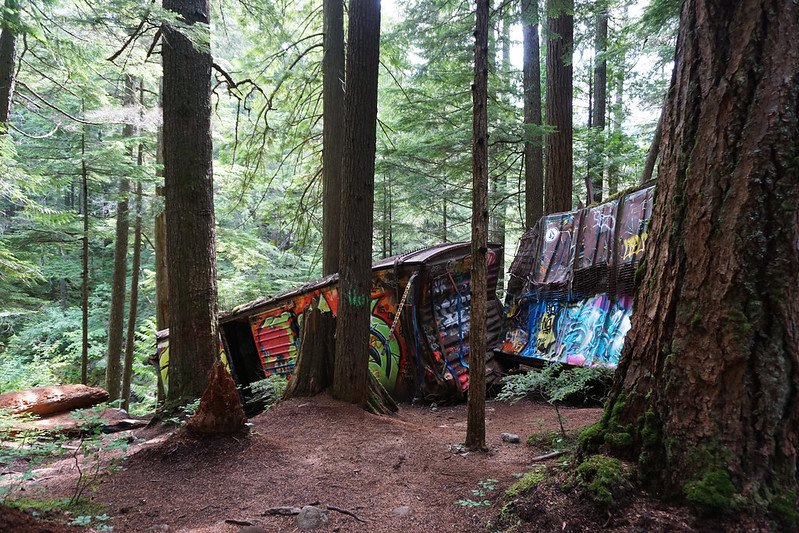 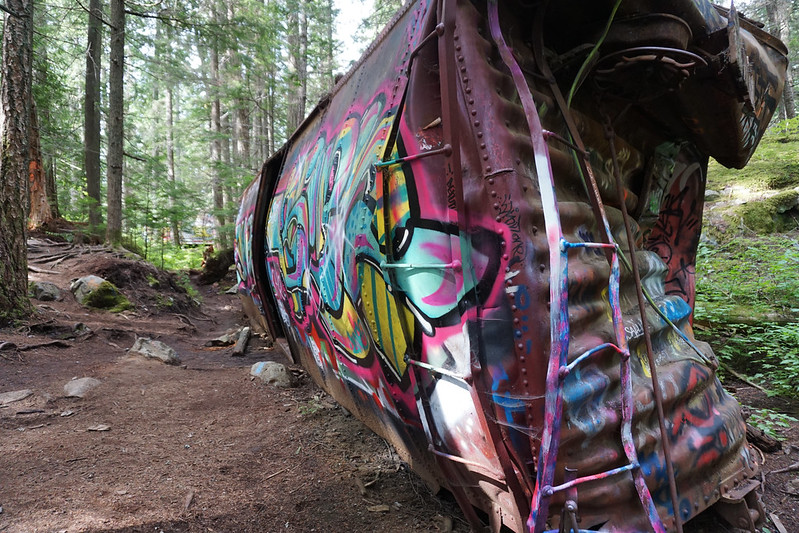 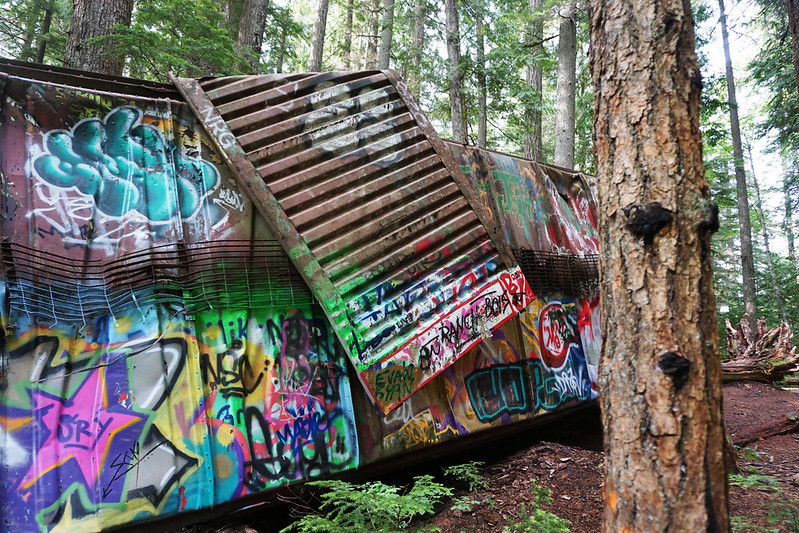 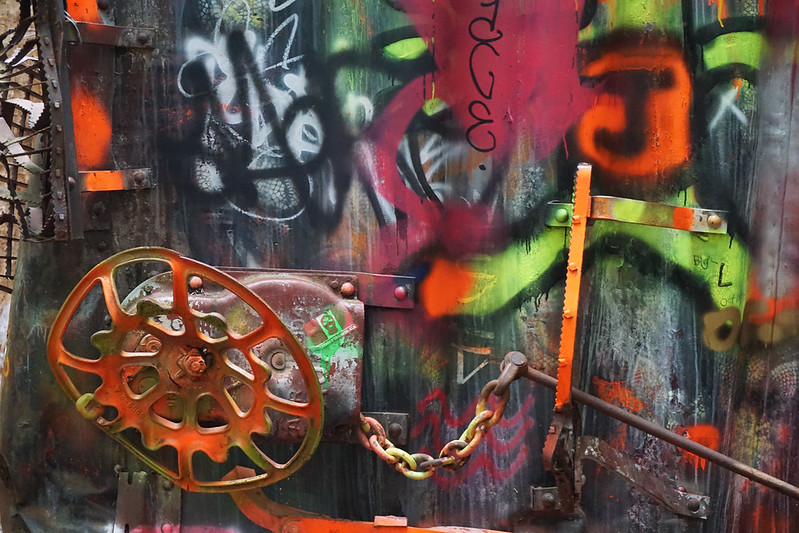 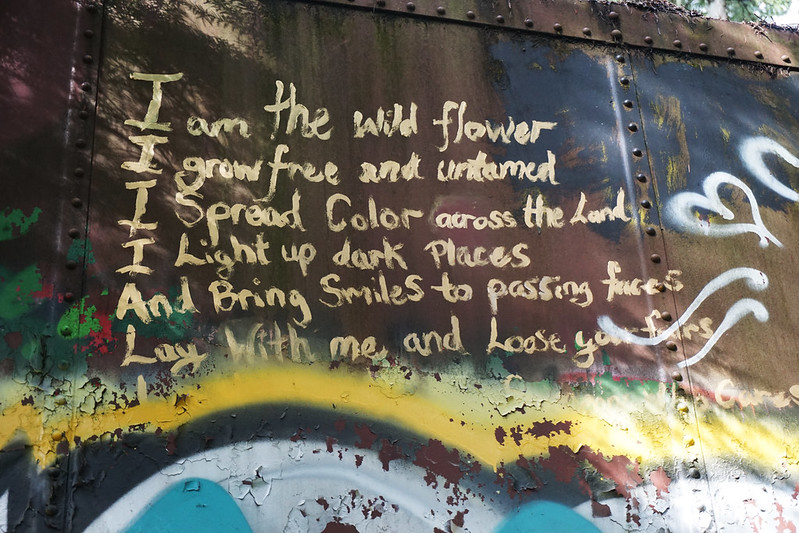 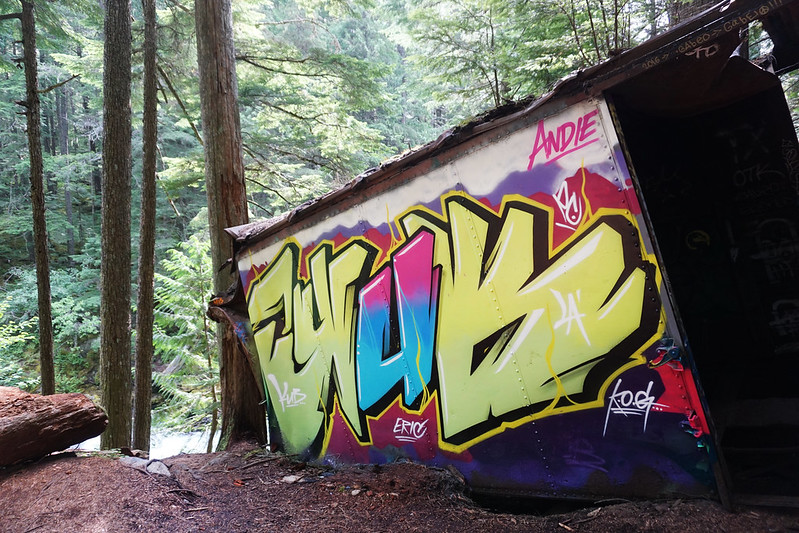 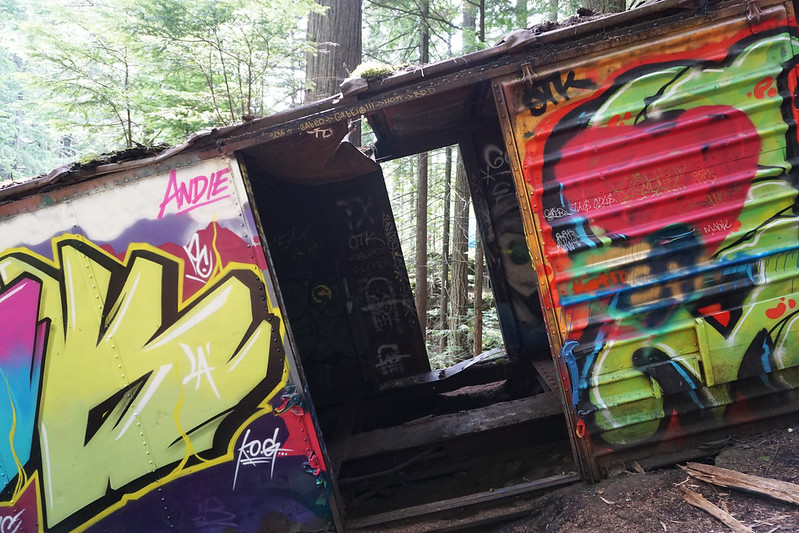 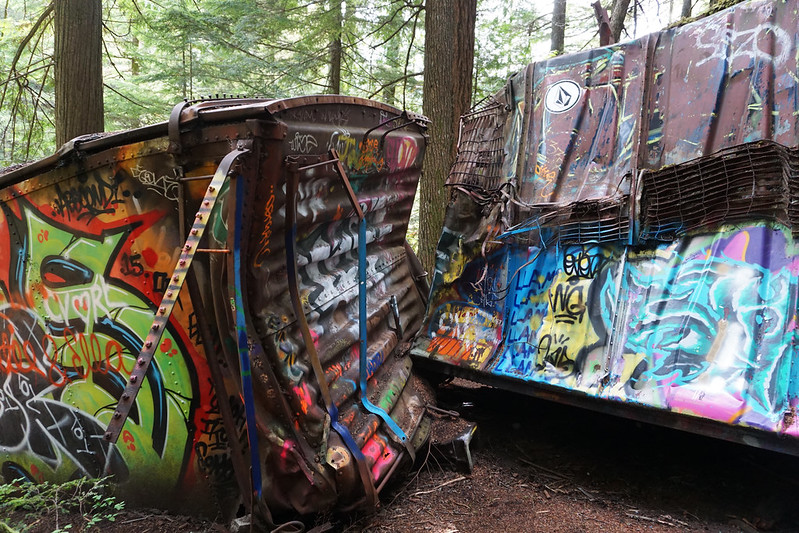 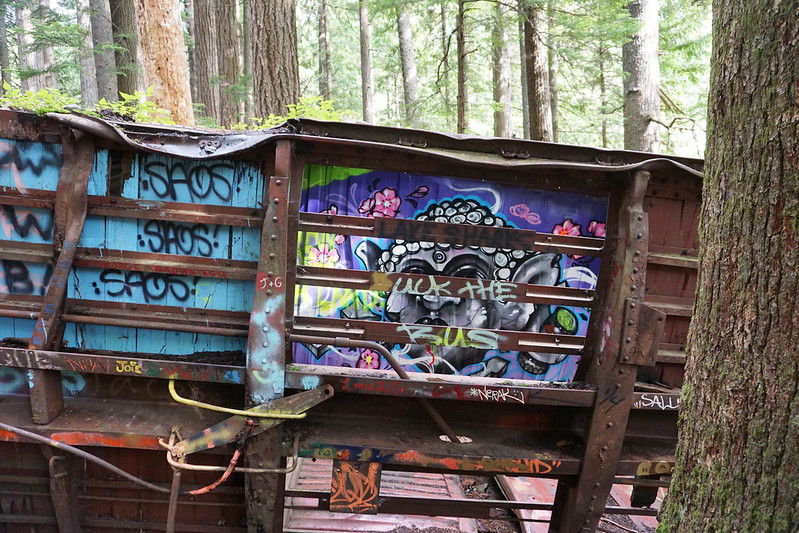 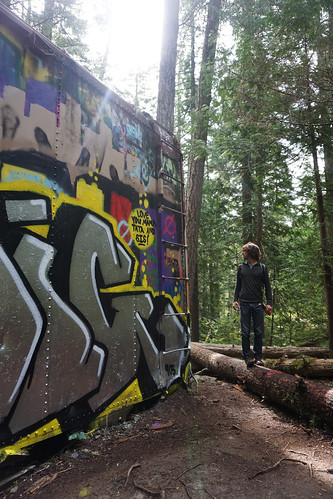 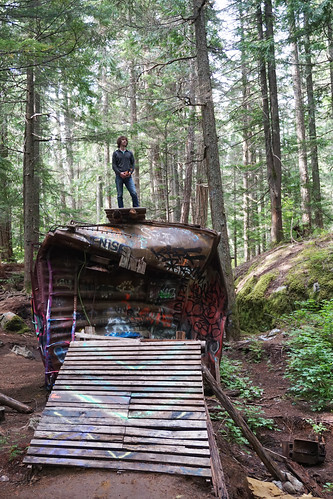 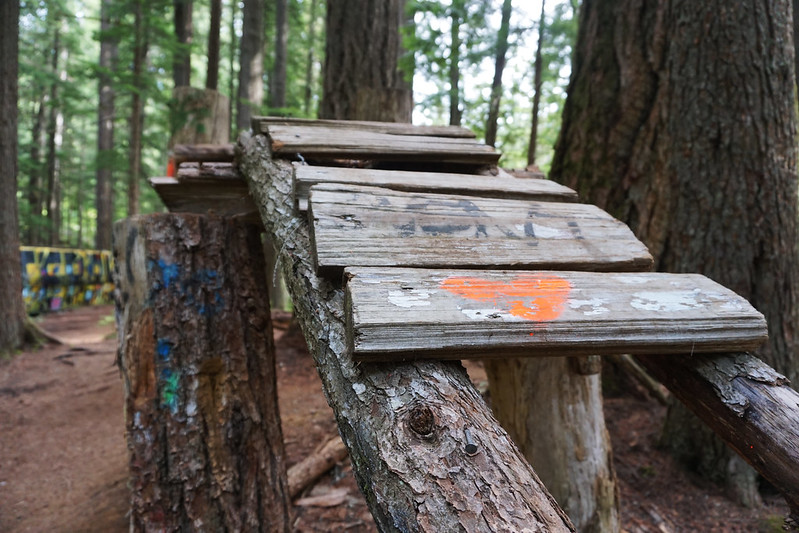 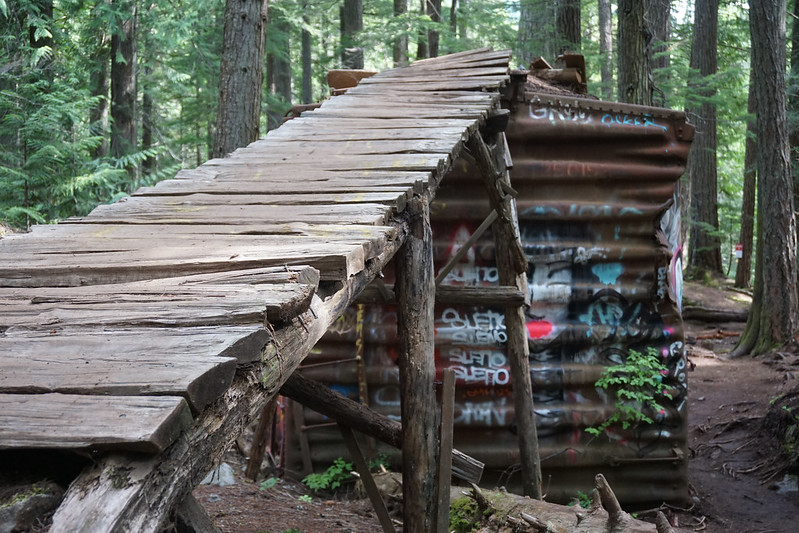 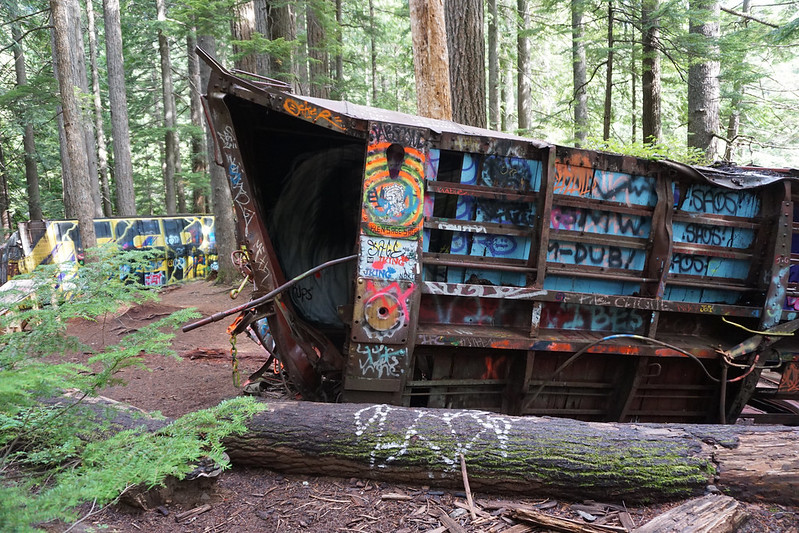 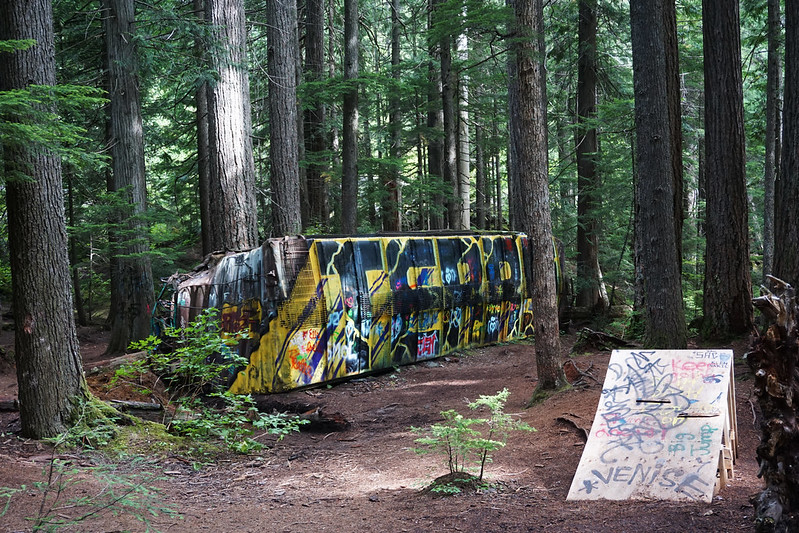 If you want to go to the Whistler Train Wreck, the city was building a bridge that will cross over to it from the Trash Trail when I was there and by the time this posts, it should be ready for foot traffic.

One Traveler’s Favorite Walks Around the World

I don’t see pics of Luna on location so I have to ask… is it a pet friendly “trail”? If so it is going on our list!

Yep. Luna’s somewhere in the background. When we went, it wasn’t really accessible, so it wasn’t an official trail (you had to either hop over boulders and such to get across the river or walk a little along some train tracks, which isn’t the safest), but now there’s a bridge over to it and I didn’t see any no-dog signs anywhere near the hiking areas.

[…] the most underrated Canadian destination (which is why you should go). And Banff National Park and Whistler are everything everyone says, though I’d recommend going in a shoulder season to avoid the […]

[…] its brownstones and old city walls and hotel castles. The birch syrup ice creams of Winnipeg. The Whistler train wreck. Quite possibly the best bakery in North America (in Whistler). The vastness of the wilderness […]