So, here’s something that surprised and delighted me:

And I don’t just mean some tasty tacos served up a la carte in a garden filled with plastic chairs and tables or coconuts whacked open and stuffed with a cardboard straw on the beach (though those exist here too). I mean creative, interesting food. New takes on old classics. Chefs doing their thing.

After visiting way more restaurants than I thought humanly possible this winter, here are some of the best and brightest, most creative and most flavorful. The must-eats for your visit to Tulum.

And before you ask: yes, we visited the famous Hartwood. And yes, these places are better (not to mention more affordable and less crowded). 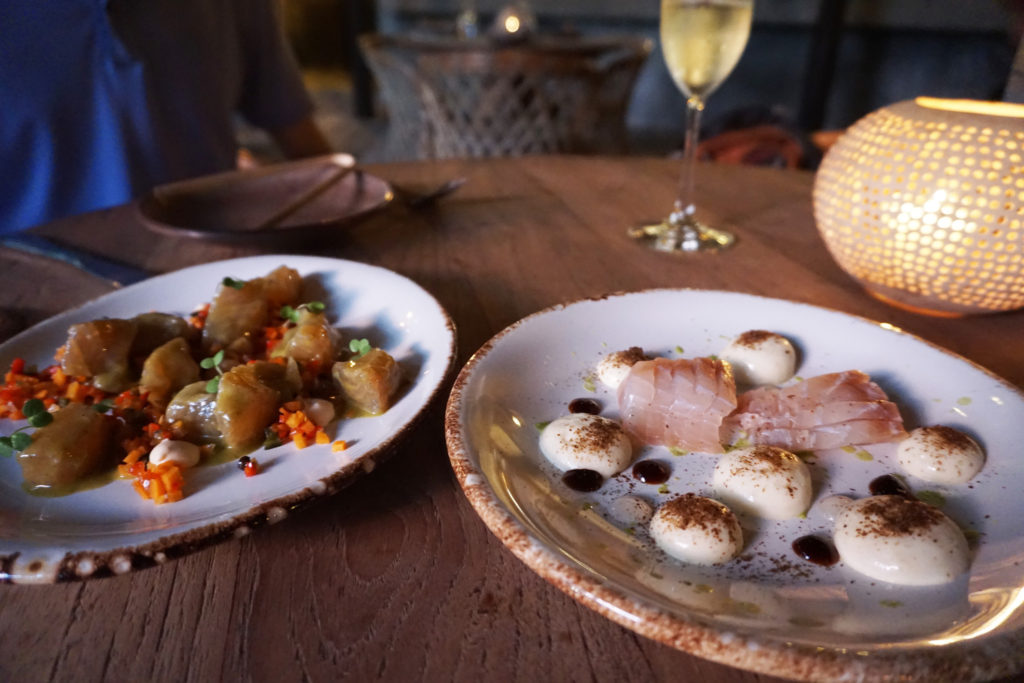 Unlike anything else on the Riviera, this fancy, creative, fine dining spot is run by a Michelin-starred chef who loves to dabble in all the latest techniques. Expect foams made of rice and dustings of seaweed, dishes deconstructed into a new form, and plating that’s a work of art.

I demolished our plate of deconstructed sushi (known on the menu as Sushi Ingredients), kept going back for more of the caramelized Thai veggies (served with grouper and smoked at the table), and would absolutely order the tangy pork belly again. Dessert was also a thing of beauty, with the chocolate cream (served with rum, dulce de leche, and peanut foam) far exceeding my expectations.

Even better, the pricing for this fine dining spot is the same or less than the other less-fancy, less-good beachfront spots. So you don’t even have to consider it a splurge. 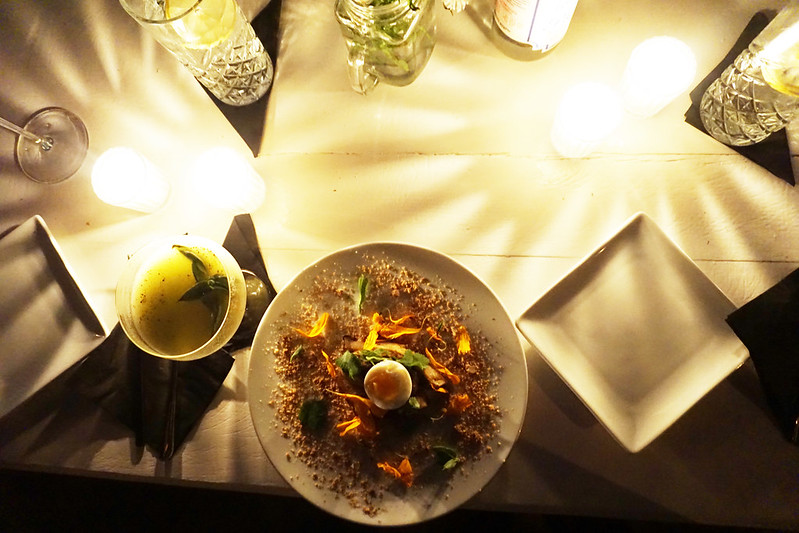 Arranged around a cool blue pool, with cozy beds and loungers and flickering candles scattered about, Eden was easily one of my top three foodie experiences in the whole Riviera. The seafood-passionate Uruguayan chef is doing creative things with fresh ingredients. Start with an appetizer called “The Nest” and move onto chicken morceaux (chicken wings served on the most flavorful corn mash you’ve had in your life). Wrap up the meal with the chocolate decadence with chocolate jalapeño ice cream.

This is your jungle-side spot for Mexican fusion dishes. The savory-sweet vanilla pork ribs and well-spiced relleno negro shrimp tostada were two major favorites. They also brew their own beer (try the ale with ginger if they have it when you go). Seating is at wooden tables tucked throughout a hidden jungle garden lit by candlelight. 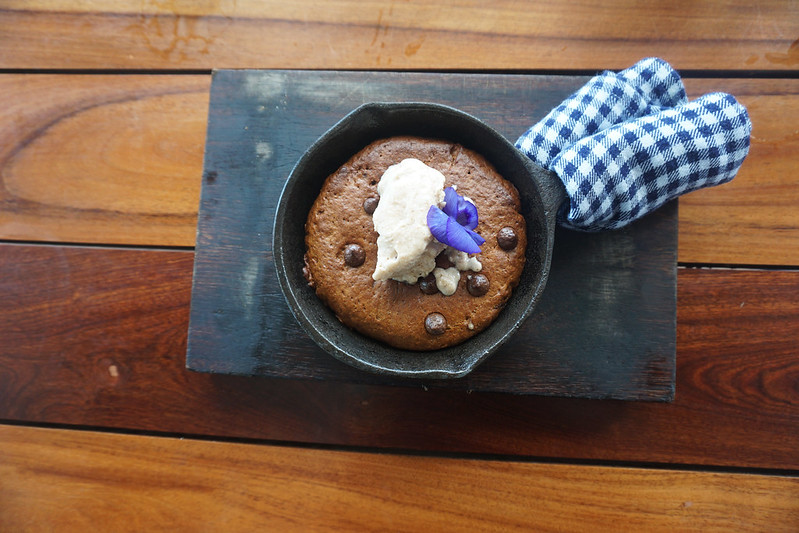 Speaking of healthy ingredients, if you have any sort of dietary restriction at all, The Real Coconut has you covered. Everything on the menu is gluten-, dairy-, and refined sugar-free. Including the decadent giant cookie (pictured), the thick, rich smoothies, and the creamy nacho bowl. And it’s all served up beachfront, against a backdrop of sand, sea, and sky.

P.S. If you order the giant cookie, ask what kind of ice cream they’re serving it with. The first time, we had a nice little creamy scoop, but the second time they put these weird watered-down ice cube things on top that weren’t nearly as good. 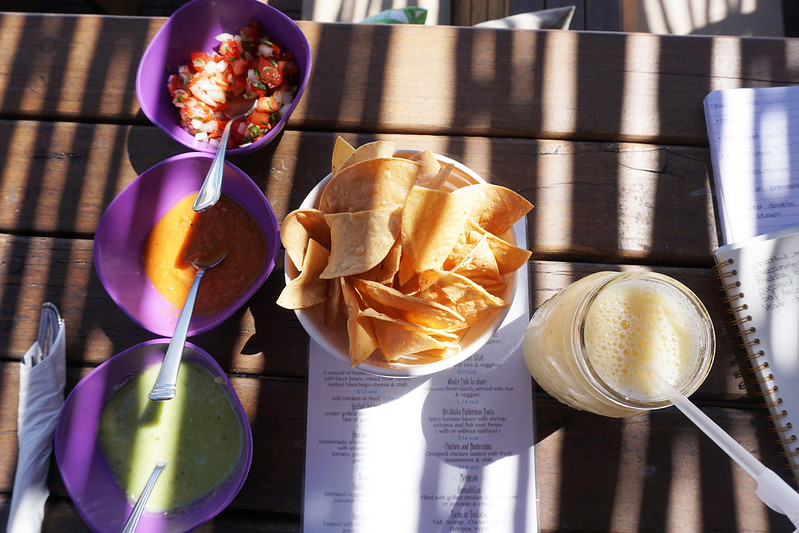 In case you can’t tell, for us, flavor and freshness are vital. Which is why Amansala is another favorite. Good, non-sugary juices are matched with tasty, fresh salsas and hearty bowls. I found myself craving the Asian-inspired Buddha bowl more than once after I’d tried it. This spot is another that’s beachfront, so if you’d like to pair some sweeping ocean views with your meal, head on over. 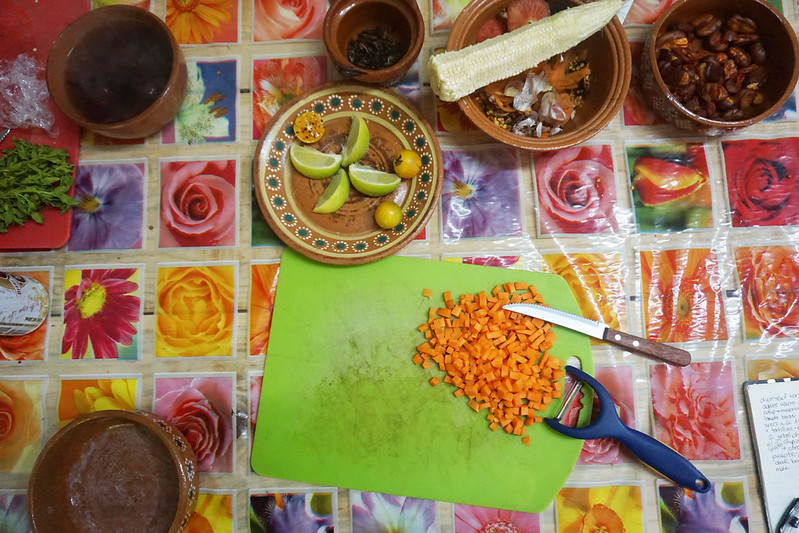 I’m a firm believer that cooking classes are one of the best ways to not only eat something amazing but to take some knowledge home with you as well. And this particularly cooking class happens to be where I had the best mole of my entire life. I genuinely thought I wasn’t a mole fan until I had hers, but it turns out I’m just picky. If good mole and a fun, educational few hours sound like a treat, Lily’s cooking classes are a treat.

Now, here’s a big caveat: there may be excellent restaurant options in Tulum, but eating healthy and well at home is much, much harder. Don’t expect a lot of organic, non-GMO options and for those you do find, expect to spend quite a bit of time running around town finding them.

And a note: keep in mind that restaurants in Tulum often have some sneaky hidden fees. Gratuity is often included in the final bill (so there’s no real incentive for good service and you can’t tip lower if you get dismal service). Sometimes there are extra fees for paying with a credit card. And none of those things are communicated up front (which I found frustrating as someone who tracks her budgets meticulously). While restaurants are certainly entitled to charge fees or include gratuity, we found the lack of communication and consistency frustrating. If either of these things matter to you, ask about them up front.

Fellow foodies: What would you add to the list? 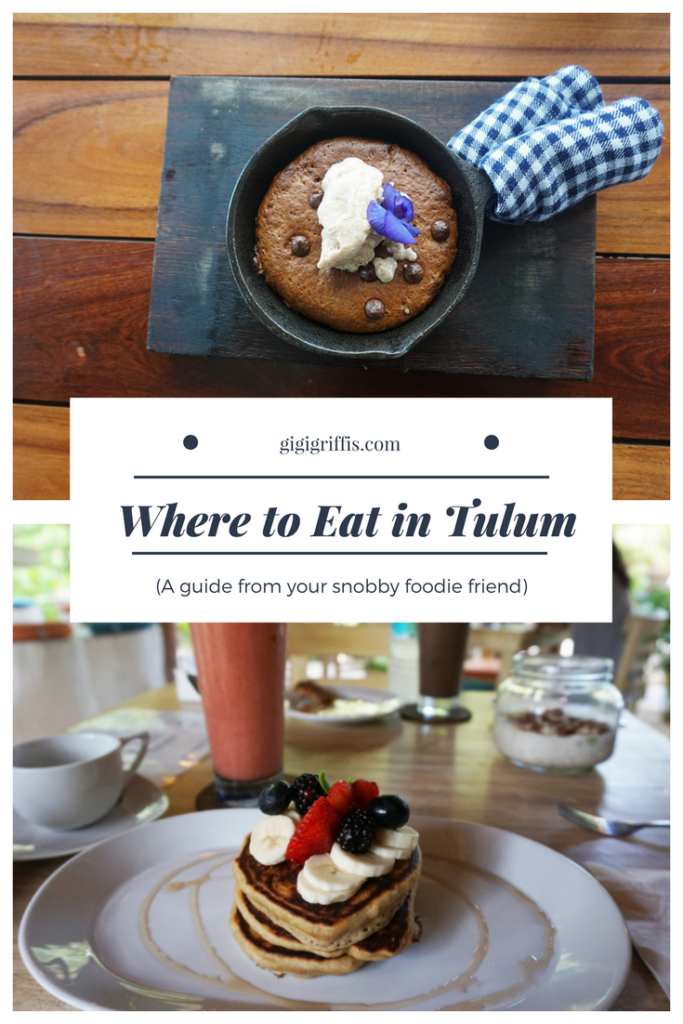 Some of the above meals were complimentary (for research on another writing project), but none of the restaurants knew they would appear here on the blog. All opinions are my own.

Photo Essay: A Stroll Through Perugia