What We Ate in New York City

Our time in New York was all about food.

Overall, we spent most of our meals during the US portion of our road trip cooking for ourselves in hotel rooms and hostel kitchens. We had risotto and cold Mexican wraps, chickpeas in quinoa, couscous with artichokes, and plenty of sandwiches and salads and fruit. And we’ve enjoyed our simple little lunches and dinners, often eaten on blankets spread out on the grass or beside tall hotel windows overlooking parks, immensely.

But when we got to New York, all cooking ceased and we spent our days in search of culinary perfection, seeking out the city’s “best pizza” in Brooklyn, dining on Northern Thai food on a colorful back patio, and indulging in half-pound cookies from a bakery hidden away in a midtown basement.

Most of these places were recommended by the fabulous locals in my NYC guidebook. Here’s what we ate.

The first place we headed for dinner was Pok Pok Thai—a northern Thai restaurant hidden away out in Brooklyn behind a nondescript facade. This place served up what was literally the best meal I’ve eaten all year. The dish we ordered was called Kaeng Hang Leh (see photo above) and we added sticky rice to make it feel authentically northern. Thai iced tea rounded things out with a nice sweetness. 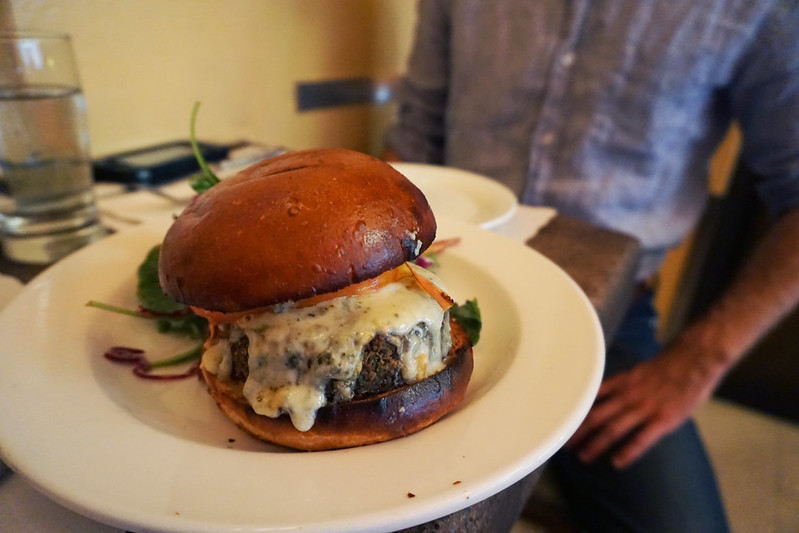 If you want some “sexy time with your date,” in the words of one of my interviewees, Cafe Gitane is the place to go. The front and interior don’t look like much, a little like an old-style diner, but don’t let that fool you. The food is amazing. Chad and I shared a veggie burger that was, hands down, the best veggie burger I’ve ever had in my life. 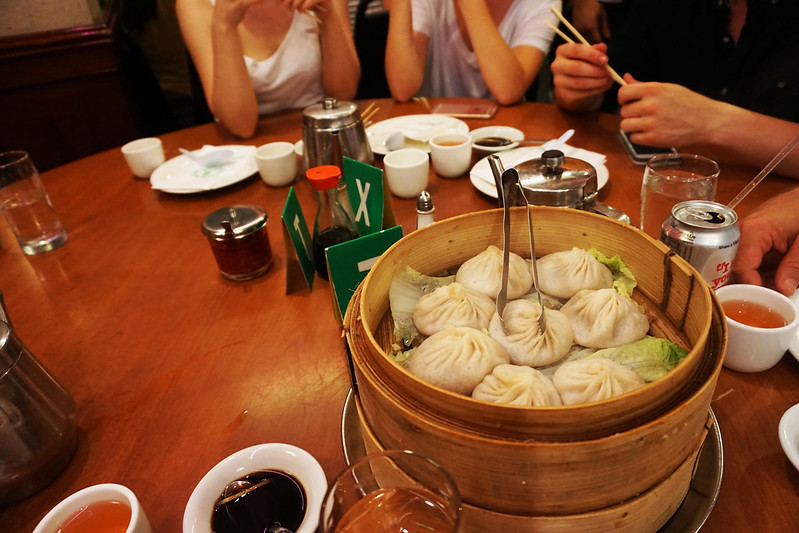 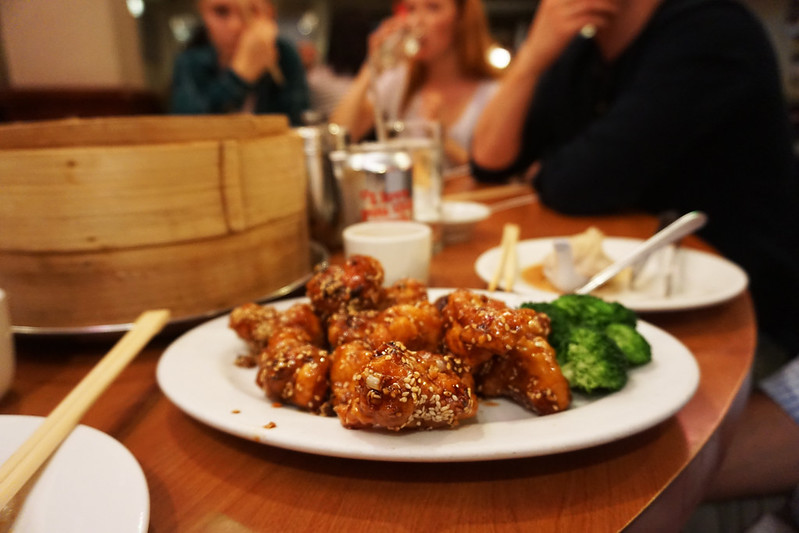 If you’ve never had a soup dumpling, here’s the skinny: you lift it in a spoon, bit a tiny hole in the side, and slurp the thick soup on out. Then you devour the dumpling itself.

According to one interviewee, after trying all the dumpling places in the whole city, Joe’s Shanghai was his pick for #1. Which is why we just had to make time to meet him there and try them for ourselves during our stay. They were just as good as advertised. 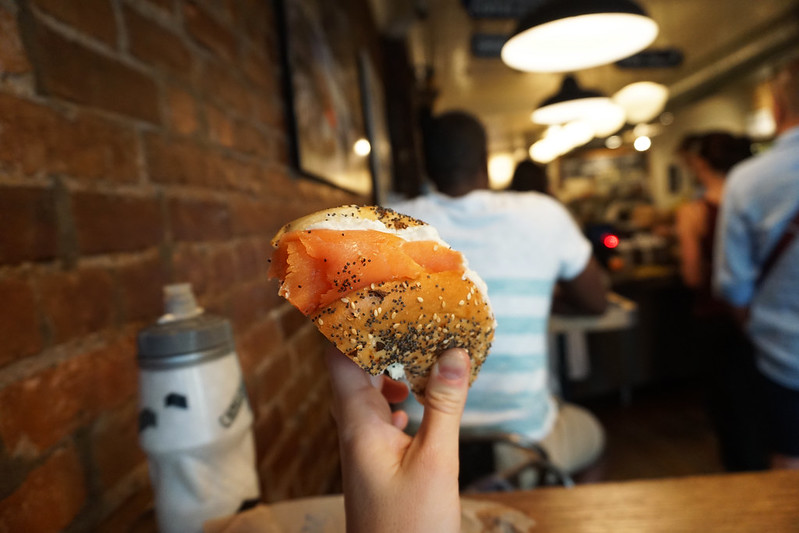 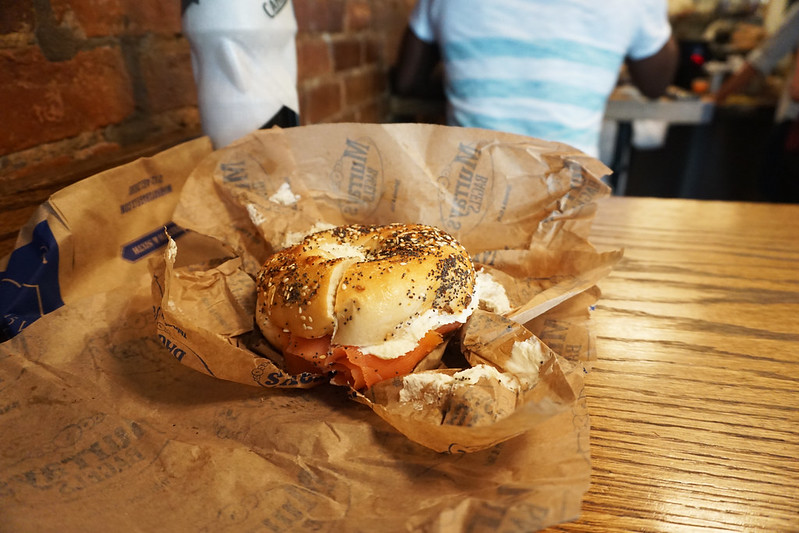 So, Murray’s is one of the more famous spots for bagels in the city and we went all out, ordering everything bagels with cream cheese and lox. It’s probably blasphemy to say it, but my bagel didn’t wow me. It was good, but couldn’t compete with the other epic meals we’d been having. Chad felt differently and wanted to go back for seconds the next day. 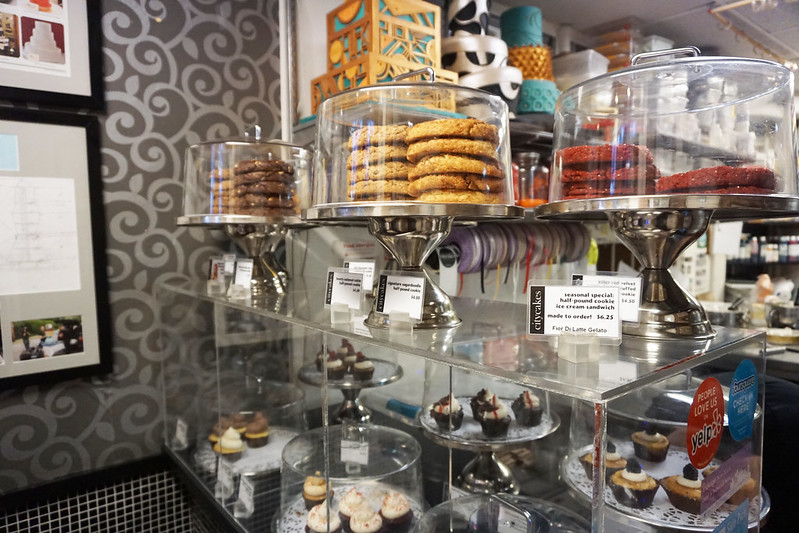 “The best cupcake in the city” according to our interviewee friend (who was batting a perfect 1.0), City Cakes was one of the things on the top of my must-go list. I’m not a cupcake girl, myself, so instead I ordered way too many half-pound cookies (my favorite: the sugardoodle) while Chad indulged in a city’s best cupcake (caramel with sea salt), which he confirmed was the best cupcake he’d had in his life.

Our last night, after a lengthy walking tour, we were finally running out of steam on eating out. Still, we couldn’t waste our final meal, so we went looking for a very close (for the sake of our aching toes) Thai spot for some pad Thai. Lui Thai was the winner and I was glad. The interior was pretty cute, the street was quiet and lovely, and the pad thai was tasty. Chad says he’s had better, but I was a fan.

What are some of your own favorite New York eats? Leave them in the comments.

And for more recommendations from my fabulous locals (who made our trip spectacular)? Grab your copy of the New York guide today.

Snapshots of a Winter Well-Spent

A Day at a Nordic Spa in Winnipeg, Canada

Photo Essay: The Island of Solta

Food is often one of the best parts of travel. Especially in a place with such diverse food. Traveling is when I usually throw my dietary restrictions out the window and enjoy what’s on offer. I know you said your bagel didn’t wow you, but man I miss bagels sometimes. I grew up in NJ so we had really good ones. Anyway, it looks like you had a great time in NYC as far as food goes!