“We have a thing here in Amsterdam called the bicycle mafia.”

“Yes. You’d think it was because bikes get stolen so often here, but it’s not really that. It’s the government.”

“Yep. If your bike is just outside the white parking lines…if you leave it too long…if it’s somewhere it shouldn’t be (even if that place isn’t marked as no bike parking), they’ll cut the lock and take your bike.”

“Yep. If you come outside and your bike is gone, maybe it’s stolen. Maybe it’s in a giant government bike parking area where you can go get it back for a fee. That’s the bicycle mafia.”

The first thing I learned about Amsterdam is that when people call it “bike friendly,” what they really mean is “there are a thousand bicyclists, none of them obey traffic laws, most of them will be texting while riding, and you will probably get run over if you don’t pay very very close attention.

This, combined with the fact that the streets are not well marked, is why it took me 40 minutes to make the 10-minute journey from the train station to my cat-sitting gig and by the time I actually arrived, I was near tears and swearing to never again ride a bike in Amsterdam.

I broke that rule about a week later, but without Luna and my gear and with adjusted expectations, the next ride was a little less terrifying, especially once I got out of the heart of the city and onto the island, where my friend Ali and I were staying week two.

But I’m getting ahead of myself. Before Ali arrived and I moved to the island, I did something I’ve been meaning to do for over a year.

I went to circus school.

I took myself across town, through a park, and into a massive gym where two acrobats taught a group of about 20 of us how to swing effortlessly (read: with great effort) on the trapeze and climb gracefully (read: not at all gracefully) on the circus silks.

For those who aren’t familiar with the circus silks, they’re those gorgeous flowing silks that Cirque du Soleil performers are always dancing on.

I love dancing. Always have. Always will. And because the silks are so gorgeous, I decided to add aerial dancing to my to-do list.

Only, aerial dancing isn’t like dancing at all. Which you probably already figured out.

My first lesson was really a lesson in humility. It took me the entire time to learn to climb up the silks a few feet above the ground. And I realized that it’s the kind of thing that you devote yourself to. If you want to learn the silks, to gracefully arch and swing above the crowd, to move effortlessly up a flimsy piece of fabric, making it look like art, you study for months, then years. It’s not the kind of thing you pick up overnight, even if you’re fit. Even if you just cycled across an entire country. Even if you’ve been dancing your whole life.

I probably should have known that, but I imagined it more like dancing, just on air.

After that first week, Ali and I moved to an island connected to the mainland by several bridges. It was very quiet, a place where people live and tourists rarely trod. And it was, as you might imagine, surrounded by houseboats with their laundry drying on the decks, bicycles parked just outside on the docks.

Most of the houseboats are quirky, but one in particular amused me to no end. A family of mannequins called this boat home, standing together on the bow, like a creepy welcome committee. I never saw the real people who lived there. Just their plastic roommates, dressed in their 80s-wear with big hair and big headbands, ever watching as I walked along the docks into town. 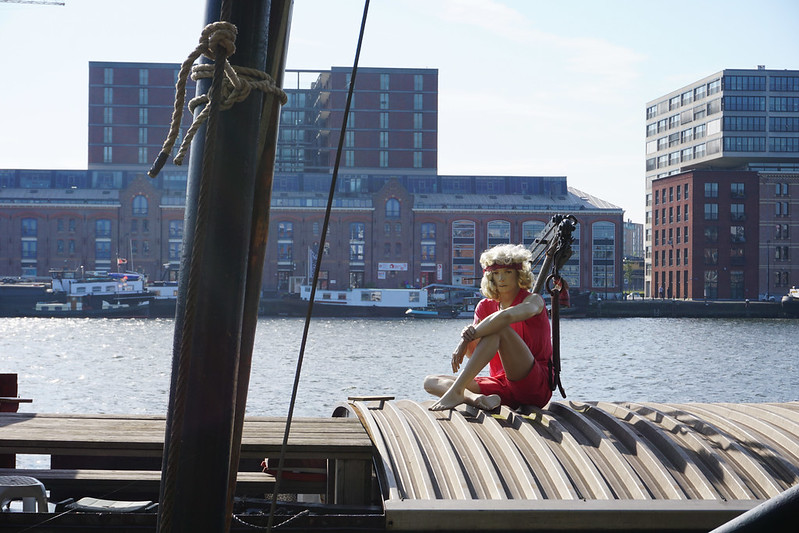 Guess Who Got Her Swiss Long-Stay Visa?

6 Things I Really Couldn’t Camp Without

Notes from a Recovery

Where should you travel in Croatia?