The restaurant was shabby. That was the only way to describe it. The lights were dim but not atmospheric. The room was half-empty but not artfully so. The flowers on the tables were sad and obviously fake.

But Michelin had recommended it (though not starred it) and flavor matters so much more to me than atmosphere, so in we went to a corner table where we ordered steak and crème brûlée and some other dish that was so mediocre that it’s slipped from my memory.

The steak, not properly seared, was a mess of gristle in a pool of mediocre mushroom sauce. The crème brûlée was overly sweet, its texture slightly curdled. I gave up partway into both and promised myself pastries later to make up for the disappointment.

Everyone’s allowed to get it wrong sometimes, even Michelin, I told myself. Maybe the chef had changed. Maybe the staff was having an off day. Maybe the Michelin inspector had a cold.

Either way, our only meal in Vitre had been a waste. 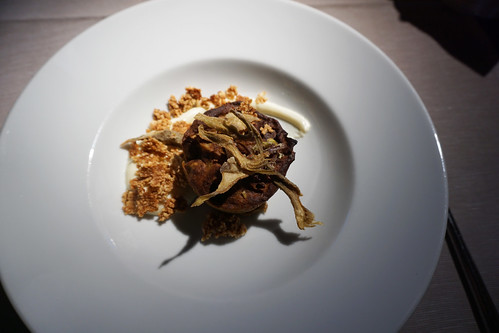 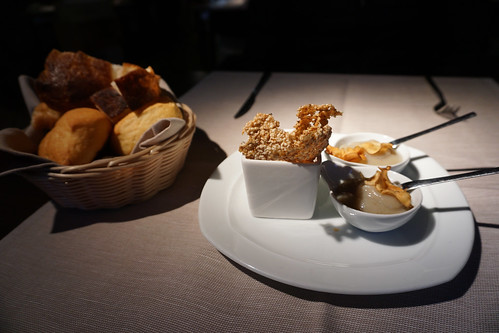 A few months later, we arrived in Bergamo, Italy, dropped our bags at our charming hotel, and went immediately to lunch at Colleoni dell’Angelo.

Another Michelin recommendation and another dining room whose decor I hated. It was grandma’s country club, all old-style furnishings, settings, and decor and no spark. It was the decor of a restaurant that had been fabulous ten years ago and had never updated a thing since.

Again, I set my decor feelings aside and plunged ahead. If the food was good, who cared whether I felt like I was at a particularly stuffy funeral? But again, disappointment was waiting in the wings.

My partner and I ordered the lunch special: two courses each for 25 euros per person. Then we conspired to order the four menu items that most intrigued us both: poached eggs on pumpkin puree, eggplant parmesan, a pasta dish, and a guinea hen in a brown sauce that ended up tasting like nothing much. The dishes were just fine at best and under-seasoned at worst. The best part of the meal was that single bite of truffle.

I started daydreaming about the fruit bowl back at our hotel.

What was Michelin thinking? Again. Perhaps we should have taken the mostly empty dining room as a bad sign and gone to one of our backup restaurants.

We skipped dessert, of course, and asked for the bill. On our way out, an elderly host sneezed luxuriously into his hands and then insisted on shaking our hands as we slipped out the door. 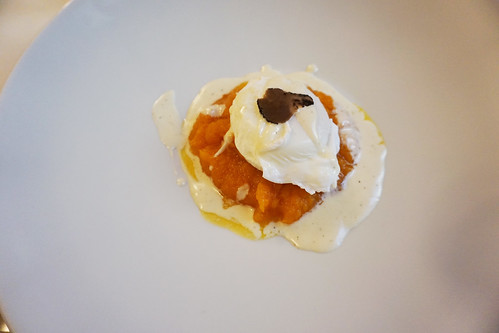 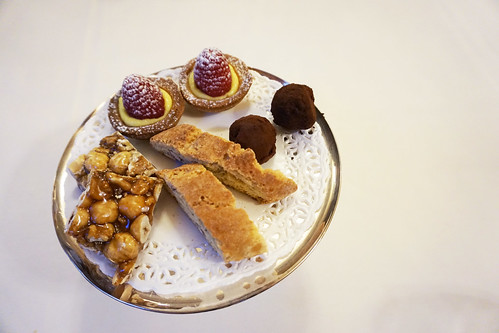 And then there was Paris. A restaurant recommended by Paris by Mouth, a site I’ve trusted for years.

“They’ve been going downhill,” one of my most trustworthy foodie friends warned. “We don’t really use them anymore.”

But, alas, her warning came too late. We’d just come back from a mushy, bitter multi-course lunch in a restaurant they’d named one of the best in our neighborhood. The atmosphere had been perfect. The location even more perfect. But the food felt like a sad echo of what French cuisine can be. The right ideas with the wrong ingredients and preparations.

Another waste of time and money.

This has been the story of our last few years.

Michelin gives a place a shoutout and we arrive to find it sorely lacking. Paris by Mouth points us toward the supposed best restaurant in our neighborhood and everything but dessert is almost inedible.

Certainly every restaurant is entitled to an off day, but how many off days did we have to endure? And why did we have to endure them at luxury spaces with higher price points? Are our standards higher or our tastes just different? Are those reviews outdated? Are we being served the dregs because we don’t look rich enough? Is it getting harder to find truly great food experiences, even in places known for their food experiences?

Whatever the reason, I’m more skeptical now than I was a few years ago. Skeptical of reviews and guides and travel writers, even those who I’ve trusted in the past.

Which is why I have now added foodie reviews to this blog.

Because lately I’ve been feeling even more passionate about pointing people toward food that really does live up to the hype—and warning them against food that doesn’t. Passionate about saving people from the deep disappointment that comes from budgeting for the trip of a lifetime and finding yourself pushing food around the plates of a nearly inedible three-course meal.

Who can I trust? I often ask. Who do I know will knock every food recommendation out of the park?

The answer, for me, is a list of just a couple people whose taste mirrors mine and who’ve never led me astray.

Just in case you’re making a list of your own and just in case our tastes align, here’s where I’ll share every exceptional foodie thing I find throughout Europe. No punches pulled. No mediocre restaurants allowed.

Because you deserve extraordinary, especially in Europe, a continent quite literally known for its food.

What to eat in France according to Chef Colagreco of Mirazur

Where to eat in Switzerland: 5 of top chef Andreas Caminada’s favorite restaurants

Where to eat in Montpellier: Rosemarie