Southern Croatia for Foodies: What We Cooked, Ate, & Loved

By the time I leave Dubrovnik, I will have spent a just over three months of my life on the Dalmatian Coast. One in Split a couple years ago and now two in Dubrovnik.

In general, the food hasn’t wowed me. Not like Italy, where dishes have sometimes brought me to tears or France where I’ve found myself closing my eyes to shut out everything but the flavor of a croissant.

Perhaps it’s unfair to compare other places with France and Italy, but my palate can’t help it. I’ve tasted too much wow to be bowled over by ordinary.

And for the most part, food in Croatia has been ordinary. Three star. Not bad, almost never bad, but not a wow either.

Until we went to Cavtat.

In Cavtat, a charming, tiny resort town south of Dubrovnik, right along the waterfront, we found ourselves at a sunny outdoor table at the much-loved Bugenvila.

To start, there was the butter infused with rosemary and truffles, spread over light homemade rolls.

Then, the chicken liver pate with tangerine jelly, cutely presented as if it were a piece of fruit.

Combining tried-and-true French cooking with Croatian flavors (citrus, truffles), the meal was, by far, the most sensational we’d had in a long time. 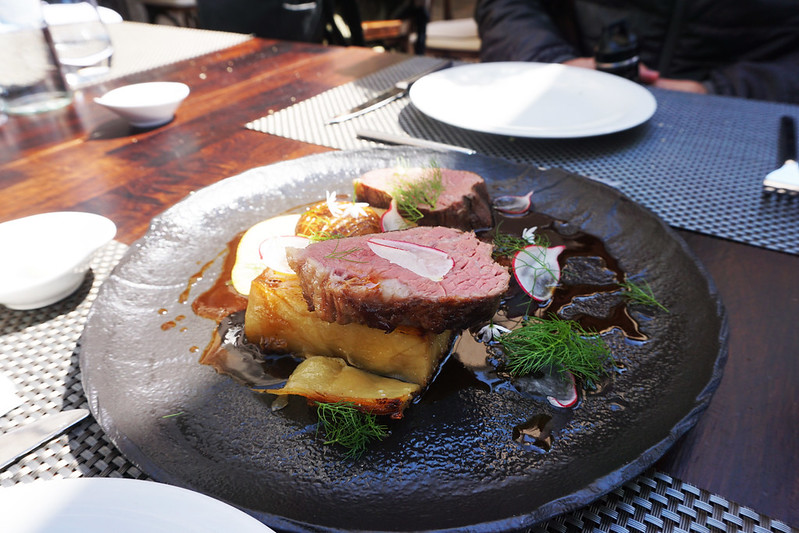 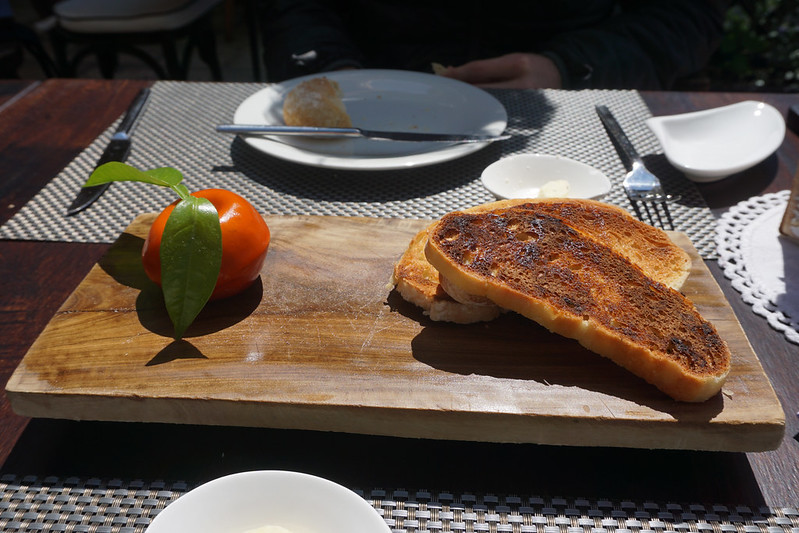 While it’s hard to compare anything to our lunch at Bugenvila, our Dubrovnik Food Tour gave us another glimpse into just how tasty Croatian food can be.

The tuna tartare—eaten at a nondescript cafe—was a delightful surprise, perfectly balanced and extremely fresh.

The raw oysters were an experience, though raw oysters aren’t everyone’s (read: Chad’s) cup of tea.

And my favorite food tour experience was the cute little wine bar they took us into for local wines, thinly shaved meats, and a red pepper sauce that I wanted to take home by the jar-full (alas, they don’t sell jars). 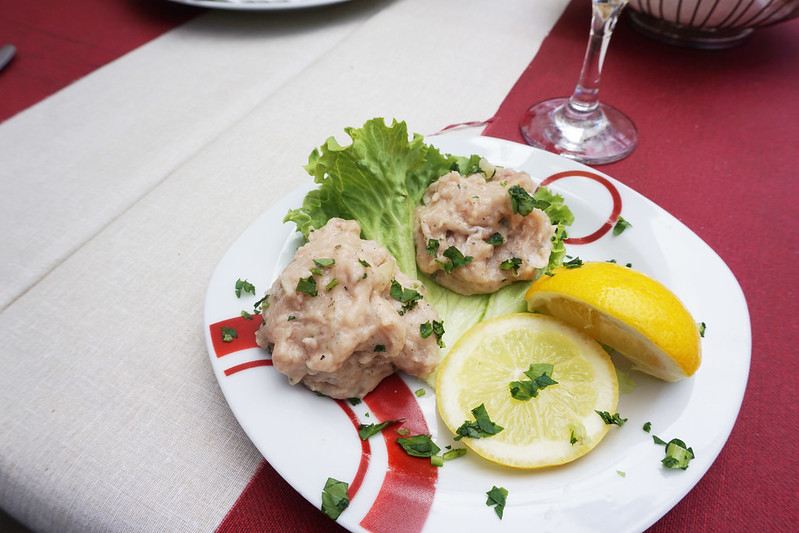 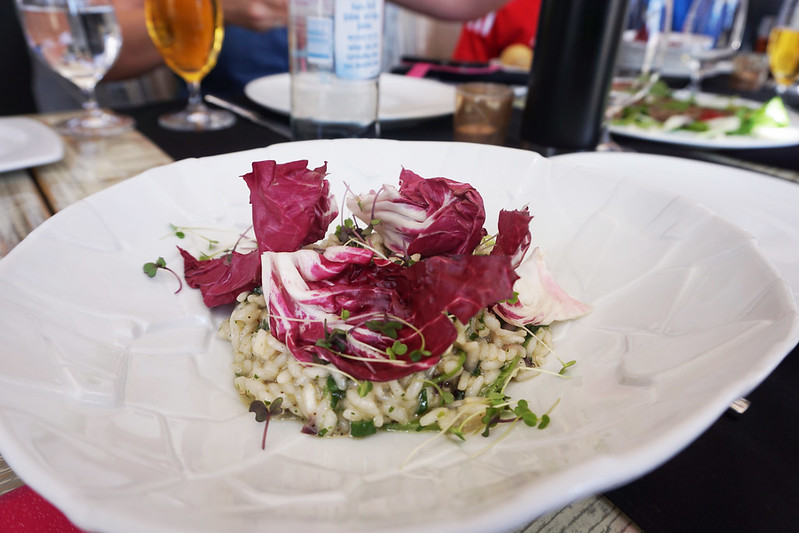 Meanwhile, back at our home kitchen, we ate a lot of chicken these last two months. In 2016, I roasted my first whole chicken and nearly wept for joy at how easy and utterly delicious it was.

Since then, I’ve been a frequent chicken roaster. I buy a whole bird, rub it with salt and pepper and sometimes other spices and sometimes shove a bunch of garlic, onions, herbs, or even lemons inside the bird, then bake.

The next day, I pull any leftover chicken off the bones and toss those bones into the biggest pot I have along with some garlic, onion, herbs, and spices. I cover everything with water and simmer all day. Eight hours. Ten hours. The end result is homemade chicken stock, full of all the nutrients that the slow cooking coaxes out of the bones.

I use the chicken stock to make homemade chicken noodle (or chicken and rice) soup, for risotto, or for pretty much anything else that calls for chicken broth (sauces, for instance) until that stock is gone. 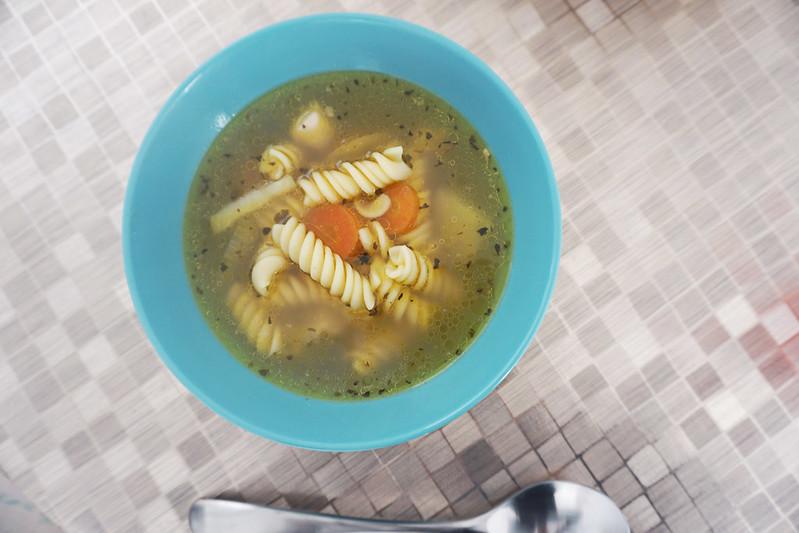 The rest of the chicken itself can be served a hundred different ways. I make chicken sandwiches with cheese, onions, and an over-easy egg, chicken risotto made with the broth with big chunks of chicken throughout, chicken over salad, chicken omelettes.

Though of course we did many different meals (everything from cold cuts on crackers to meatballs to macaroni and cheese three ways), chicken was the one seemingly constant theme of my home cooking in our two months in Dubrovnik.

Well, that and zucchini. It’s zucchini season and Chad is a fan. So I spent a lot of time tossing olive oil, salt, pepper, cured meat, and zucchini in a pan and frying it all up. 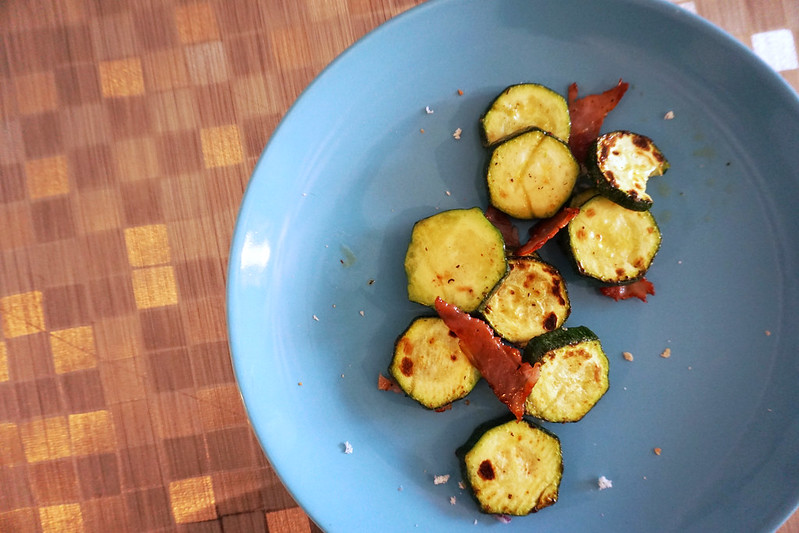 Snapshots from a Winter in Rome

2019 in photos: one digital nomad’s year

A Gourmet Meal in the Middle of Nowhere

Thanks for your post Gigi. I had the same experience of Croatian food – not terribly adventurous but I was grateful that most seemed fresh and healthy. I’m looking forward to another trip to Croatia so grateful for tips about how to bump up my food experience.

Agreed. Lots of fresh offerings even when the food wasn’t a wow.

So glad you went to Bugenvila. It’s a must for me when we get to Cavtat. Actually booking a stay there now. Cheers!