How much does it cost to spend a month in Tartu, Estonia?

A couple hours southeast of Tallinn by train, this little university town is built along the shores of a river surrounded by mellow suburbs and forest areas. It’s quieter and cheaper than Tallinn, though still lively on sunny days. And it’s where Chad and I found ourselves for a one-month stay once European borders re-opened and the prices of rentals in Tallinn started to rise with the demand.

So, what does it cost to spend a month in this less well-known Estonian city?

Notes on my spending in Tartu

For accommodations, we found a comfortable two-bedroom on the outskirts of the city (45 minutes from the center on foot, a lot less by bike or bus) for rent via Airbnb. The above pricing is my half of a month’s rent. Chad and I split rent right down the middle.

It’s worth noting that you could easily spend less on housing. We found two nice-looking one-bedroom spaces under $900 per month on Airbnb, and local prices for longer stays (if you’re a student, for example) are likely much cheaper. We chose to spend more because we wanted the extra space (the small bedroom became Chad’s recording studio for his podcasts).

(Psst…If you’re new to Airbnb, you can use my sign-up link!)

Local transportation costs include a couple bus tickets, though I mostly walked or cycled to get around. We were also pleasantly surprised to find that some of the regional buses (like the one we took out to nearby hiking areas) were free.  The cost of getting to Tartu from Tallinn by train and then Bolt (the local version of Uber) is the international transportation line item. 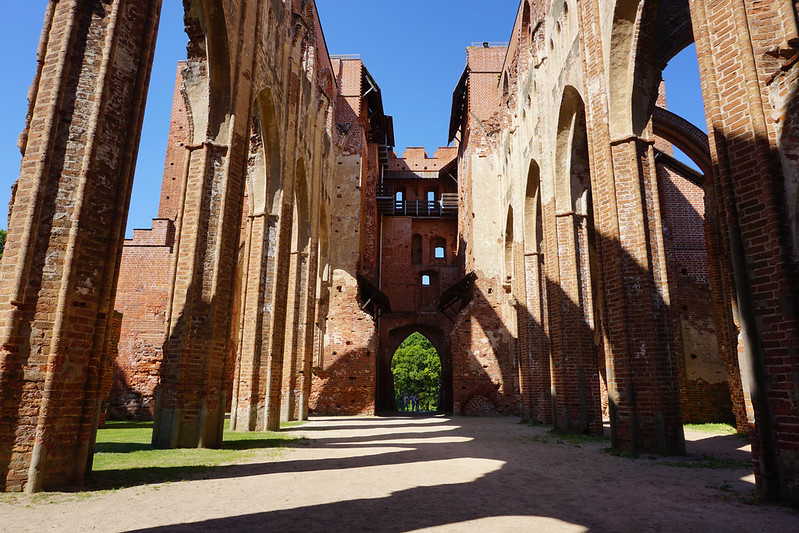 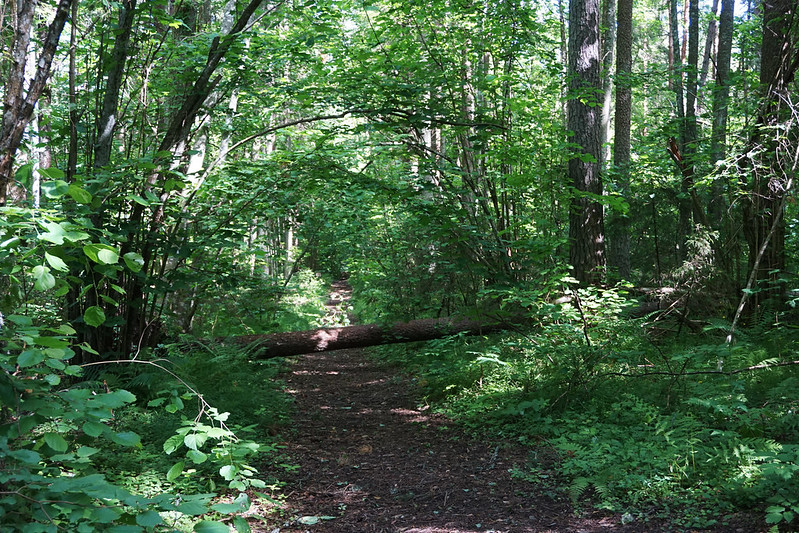 For groceries, I was surprisingly lazy this month, mostly shopping at the nearby grocery stores instead of going all the way into the town to browse the fresh market. My eating out costs were mostly coffees sipped on a cafe patio while I worked on my novel in the afternoons.

Entertainment was the cost a museum ticket to go see a cool temporary exhibit on Estonian fairy tales.

Health and wellness: I’ve decided to stop including my insurance cost in these breakdowns because insurance costs seem to range widely based on things like age and location. I was formerly on a plan for $190 per month and now my plan has gone up to $268 per month, which feels like quite the jump. Chad’s plan has been as low as $165 per month. I didn’t go to the doctor or dentist this month, so there are no other costs under that line item.

Finally, it’s important to note a few things about the above budget: First, remember that Chad and I are both working while traveling. Travelers visiting museums, taking trips all across the countryside, and exploring more thoroughly would likely spend quite a bit more.

Second, the above numbers are my spending, not our shared spending. Chad is currently on a very specific diet, so for the most part we buy groceries separately. Meals out we split 50/50 (though we only ate out together once this month – the rest of my spending on that line item was all me) and rent is also 50/50.

Looking for more European budgets? Here they all are.

Beautiful Spaces: Where We Stayed in Hershey, Pennsylvania

Behind the Scenes at My Digital Freelance Business, August 2017

Thanks for sharing Gigi – your cost of living posts are super useful for us and Estonia is definitely on our list.

Curious about Chad’s podcast…where can we find out more?

Chad’s podcasts are both business-related. The first was an industry 4.0 podcast for manufacturers and you can find it here: https://manufacturist.org/. He’s working on a second one that’s also about tech and the future, but with a wider audience in mind, though that one hasn’t launched yet.

Thanks Gigi! My brother and his wife build manufacturing software for a living so this will be very relevant for them – I will share the link.
Happy travels and talk soon,
Gillian