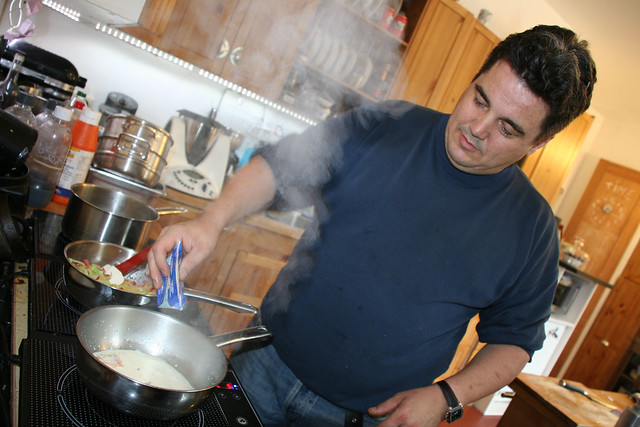 Remember the other day when I told you that Ghent’s word is art? Here’s one of its many secret artists. His name is Fred and he’s a veritable encyclopedia of cuisines, ingredients, origins, and food (and alcohol) preparation methodologies.

The first time I met Fred was on my first week in Ghent, when my two new Taiwanese friends were cooking us a traditional Taiwanese dinner. Fred was invited and showed up with a tray full of spring roll wrappers and colorful veggies and spices. He then proceeded to show us all how to make the most kick-ass spring rolls I’ve ever tasted in my life. In the words of one of our Taiwanese friends: “I am learning to cook Taiwan cuisine from a Belgian man! Take a picture of me making this spring roll. I’m going to tell my mom I did it on my own. She’ll be so proud.” 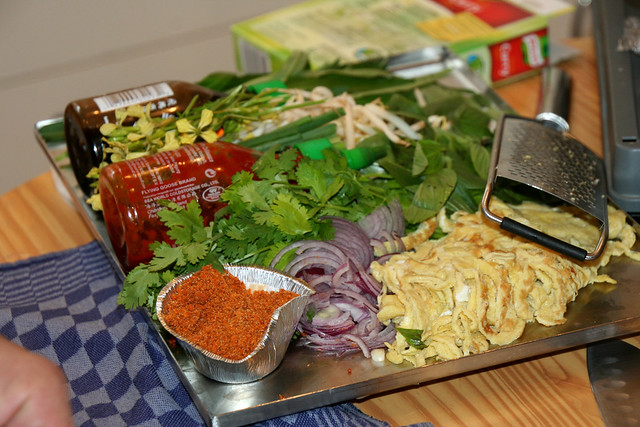 Did I mention that the eggs came from Fred’s chickens that very morning?
The next time I saw Fred, he was preparing a vegetable I’d never heard of in a sauce that obviously came straight from heaven for a group that had dietary needs ranging from gluten free to vegetarian to one weirdo with a cucumber allergy (ahem, me). Because when we invited him to join us for dinner, he offered to cook. And no one (obviously) says no to Fred’s cooking.

That night he also introduced me to Belgian beer in the form of the refreshing La Chouffe, which was most definitely better than the Ghentse Tripel I ordered in town earlier that day. Later this year, he plans on brewing his own beer. I can only speculate that it will be amazing. You should probably make friends with Fred before he starts – get in early on the beer train. Just sayin’.

Then there was the birthday party this week: a feast for 15 people, complete with pigs cheeks (something I’d never tried before) and the best French Fries I’ve ever tasted (and that includes the fries at Bistro Vendome, which I declared that I would marry). 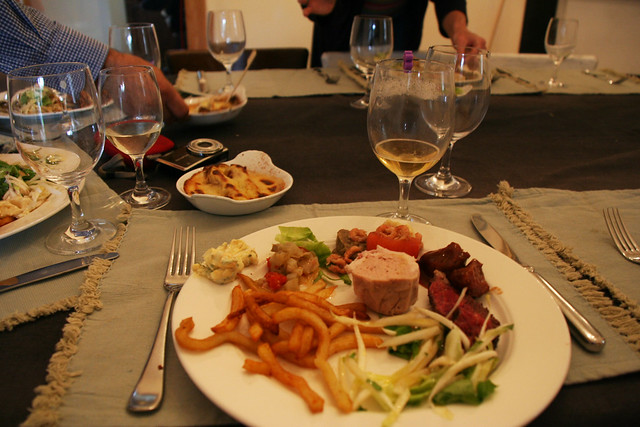 Of course, all of this amazing food and knowledge begs the question: How can you, my darling readers, keep up with Fred as he perfectly merges Belgian cuisine with spices and dishes and ideas from around the world? Follow him on Facebook, of course!

And when he finally decides to open his much-anticipated restaurant, I’ll be there with bells on. You probably should too. Which is why you should click on the link to his Facebook page. For serious. Tell him I sent you.

Romance on the Road: On Being Chased Around the World

Eating Only Locusts, Drinking Only Dew

A stroll through Orléans, France

Learning the Art of French Cooking in Rennes, France

[…] Then I awoke to pancakes and hot tea, took a stroll through town, enjoyed some fresh strawberry lemonade at my new favorite coffee shop, and returned to the house to don my fancy red dress and tango shoes for an epic dinner in Fred’s garden. […]

[…] I’m excited to introduce you to my friends Fred and Ann. Fred is an accomplished chef and a swing dancer. Ann is an artist and a dancer as well. […]