Every day, the news seems to get a bit more complicated. And a lot of us are in a state of semi-quarantine at this point, with states and countries cancelling large gatherings and setting up health checks at borders. Which means some people are spending a lot more time at home than usual. And maybe some of you are looking for some book recommendations?

If that’s the case, here are a ton of great stories. Most I’ve read. A few are on my to-read list.

Time to escape into a book (or five) for awhile:

Bolster your heart with stories of powerful women

Did you know that when reading, the human brain mimics the emotions of the characters you’re following? Which means when you read about powerful women, you’re getting an infusion of their bravery, their power, their boldness. (Seriously, science says so.) If you’re feeling stressed, might be good time to join some of their adventures:

HOLLYWOOD HOMICIDE: Per Amazon, “Dayna Anderson doesn’t set out to solve a murder. All the semifamous, mega-broke actress wants is to help her parents keep their house. So after witnessing a deadly hit-and-run, she pursues the fifteen grand reward. But Dayna soon finds herself doing a full-on investigation, wanting more than just money—she wants justice for the victim. She chases down leads at paparazzi hot spots, celeb homes, and movie premieres, loving every second of it—until someone tries to kill her. And there are no second takes in real life.”

REJECTED PRINCESSES: This illustrated non-fiction book is full of dozens upon dozens of stories of real badass women from history.

GIRL IN DISGUISE: Kate Warne was the first lady detective hired by the legendary Allen Pinkerton. Here’s what she faced.

BIG LITTLE LIES: Somebody’s dead at the primary school party. Who and why? You’ll have to follow the stories of three powerful women to find out.

THE CHILD FINDER: A private investigator who specializes in finding missing children, Naomi has her work cut out for her when a little girl seems to vanish into the Oregon wilderness.

HER DAUGHTER’S MOTHER: When Lana sees her anonymous egg donor on the street, she can’t really help but stalk her. And when the girl goes missing, she just might have been the last person to see her before she disappeared. 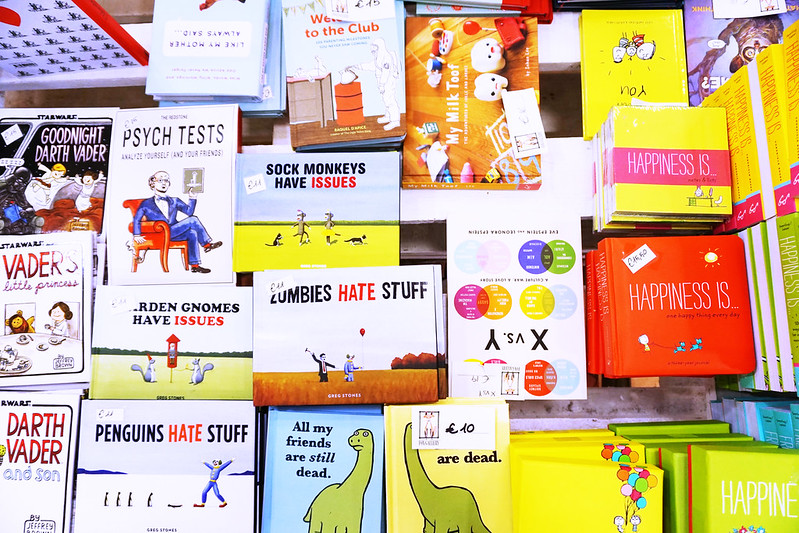 Bolster your heart with stories of powerful girls

Speaking of powerful women, here are some stories about them while they’re growing up:

THE STORY THAT CANNOT BE TOLD: Per Amazon, “A powerful middle grade debut that weaves together folklore and history to tell the story of a girl finding her voice and the strength to use it during the final months of the Communist regime in Romania in 1989.” (I am currently reading and LOVING this book. It’s written for young readers, but adults with an interest in Eastern European history will undoubtedly also enjoy it.)

SLAY: Aptly described as READY PLAYER ONE meets THE HATE U GIVE, this book follows a game designer named Kiera as her game, which is a celebration of black culture, is thrust into the media limelight when a player is killed in real life.

AN EMBER IN THE ASHES: To save her brother, Laia will turn spy and pose as a slave in the most dangerous position in the city. To escape his fate as the empire’s killer-for-hire, Elias will risk death at the hands of his own mother.

GRACELING: Per Amazon, “Graceling tells the story of the vulnerable-yet-strong Katsa, a smart, beautiful teenager who lives in a world where selected people are given a Grace, a special talent that can be anything from dancing to swimming. Katsa’s is killing. As the king’s niece, she is forced to use her extreme skills as his thug. Along the way, Katsa must learn to decipher the true nature of her Grace… and how to put it to good use.”

GHOST SQUAD: Per Amazon, “Coco meets Stranger Things with a hint of Ghostbusters in this action-packed supernatural fantasy.”

THE SCHOOL FOR GOOD AND EVIL: Sophie always knew she’d be chosen for the School for Good and the whole village knows that Agatha is destined for the School for Evil…so when they’re both kidnapped, nobody’s surprised…until Sophie ends up at Evil and Agatha lands in Good.

THE DARK LORD CLEMENTINE: Per Amazon, “Dastardly deeds aren’t exactly the first things that come to mind when one hears the name ‘Clementine,’ but as the sole heir of the infamous Dark Lord Elithor, twelve-year-old Clementine Morcerous has been groomed since birth to be the best (worst?) Evil Overlord she can be. But everything changes the day her father is cursed by a mysterious rival.”

Sooth yourself with something light-hearted

If you’re feeling pretty anxious, here are some picks that’ll make you smile:

SOMETHING MISSING: This unusual thief has OCD and a habit of frequenting the same houses over and over again to steal a handful of washing powder here and a single earring there. When he witnesses something sinister at one of the homes, he’ll have to decide: keep himself safe by keeping out of it or save the people he’s been stealing from, who he’s come to think of as family.

STAND UP, YUMI CHUNG!: Per Amazon, “One lie snowballs into a full-blown double life in this irresistible story about an aspiring stand-up comedian.”

LOVE WITH A CHANCE OF DROWNING: What happens when a woman afraid of water falls in love with a man about to sail across the world?

GARLIC AND SAPPHIRES: This NYT food critic will go to great lengths to make sure she’s not recognized…

SEXUALLY I’M MORE OF A SWITZERLAND: These old lonely hearts ads will have you laughing and crying. 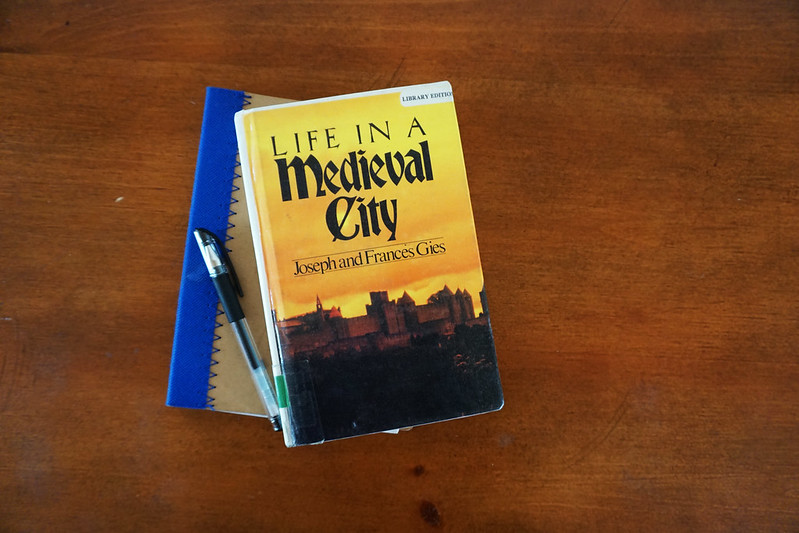 Forget the pandemic by…reading about disasters

We may be self-isolating all over the globe…but at least there’s no vampire virus yet. Right? If that sums up your reading wish-list right now, here are some suggestions.

THE PASSAGE: When the US government gets wind that there’s a mysterious disease in the jungle that might just lead to immortality, the experiments begin (because of course they do). Never mind that the disease actually turns people into what amounts to vampires. (I normally don’t read vampire stories, but I LOVE this one. So even if they aren’t your thing, give it a try.)

WILDER GIRLS: A virus on a small island is turning girls at a boarding school into monsters. They’re quarantined and waiting for a cure…but something else is going on here.

THE GIRL WITH ALL THE GIFTS: In a world where zombies have taken over, one military compound is giving it their all to discover how to save humanity. Even if it means experimenting on kids (or are they really kids?).

DRY: What happens when the pipes run dry? A handful of teens are about to find out.

Let’s be honest: Authors – like many folks – are feeling a bit panicked as their incredible book darlings hit the shelves during such an uncertain time. If any of these titles strike your fancy, grab your copy and don’t forget to leave those authors a review. Many of them had to cancel their launch tours and events and just want their stories to get the attention they deserve.

WITCHES OF ASH AND RUIN: Per Amazon, “Modern witchcraft blends with ancient Celtic mythology in an epic clash of witches and gods, perfect for fans of V.E. Schwab’s Shades of Magic trilogy and CHILLING ADVENTURES OF SABRINA.”

PRETTY AS A PICTURE: Per Amazon, this book features “an egomaniacal movie director, an isolated island, and a decades-old murder.” I recently read this author’s first novel and it was fab.

CONQUEST: Per Amazon, “Jashi Anyua has been arranged to be married to the leader of her nation, the Great Faresh. To help her escape the unwanted engagement, her future husband’s enemies offer her an out – if she agrees to spy on her intended, they’ll give her a new identity and a life somewhere the Faresh will never find her. Yet as Jashi gets to know the Faresh, she wonders if she put her loyalties in the right place; especially when she realizes that he shares the abilities she’s had to keep secret her whole life. What’s more, he might be the only one who can train her to use them.”

A Peek Inside My Quarterly Travel Boxes

Beautiful Spaces: Where I Stayed in Rome

Beautiful Spaces: A Room in a Chalet in the Swiss Alps

Thanks for the suggestions! Really helpful to alleviate the boredom and the panic and stress we are all feeling. Thanks for this!