Two Months in the Riviera Maya: A Story of Mixed Emotions

The best part might have been our dinner at Ocumare.

The dining room was a charming jungle enclave on a raised wooden platform with the sounds of a waterfall in the background and jungle plants reaching skyward to block the road out front. The dinner, stunning. A medley of unusual twists on some of my favorite things. Sushi, for example, served deconstructed on the plate with rice foam and soy gel dots. You swish the fish through the rest of the plate and eat. It’s perfectly balanced.

Dessert was chocolate cream served with peanut foam, like a deconstructed candy bar. The best dessert we had in Tulum. And perhaps the best meal overall.

We took our twilight taxi home full and happy that we made it all the way down to the end of the beach road to this hidden gem. 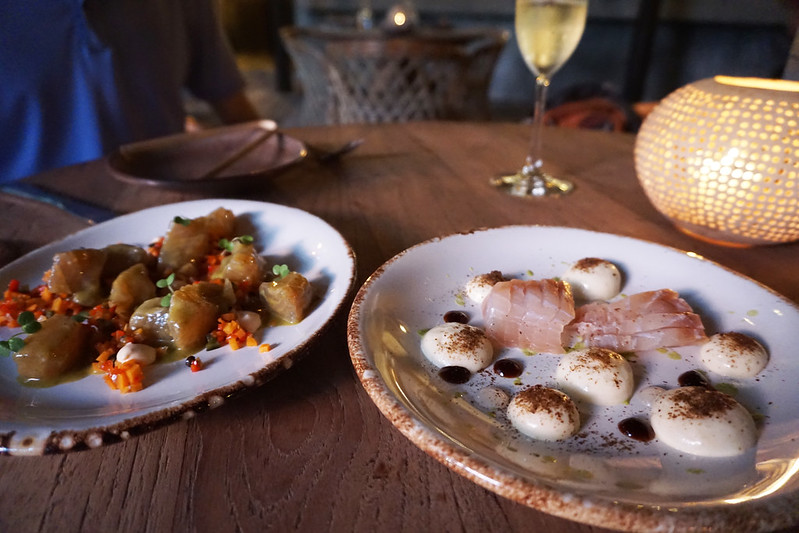 The worst part was definitely the parasite. Or, more accurately, the anti-parasitic meds.

I’d been having low-level stomach trouble since we arrived in early November, but in late November my body kicked it up a notch. No more occasional stomach rumbles and food disagreements. I was full-on sick.

So I went to the doctor, who was lovely and helpful, who told me I had a parasite. He prescribed a strong anti-parasitic.

For the next seven days, I was nauseous 24-7. I carried a bucket around the house. I lost my shit and cried more than once. I was trying to poison the parasite, but I felt like I was poisoning myself.  When I went off the medication on day five, I expected the symptoms to subside. When it took two more days, I had another emotional meltdown.

I wished I could leave.

Suddenly, I was afraid of Mexico. Afraid of any stray drop of water in the shower that might get onto my face and, therefore, into my mouth. Afraid of the water we wash our dishes in. Afraid of the food I’d been buying from the grocery store.

It changed everything about the trip.

The best part might also have been our first glimpse of the beach.

White sand stretching endlessly along the coast. Clean. Quiet. Not overcrowded. We took our own little walk along the shore and then brought Luna down to zoom up and down the waterline. The beach always blisses her out. Chad ran with her, laughing and zig-zagging away from the waves. 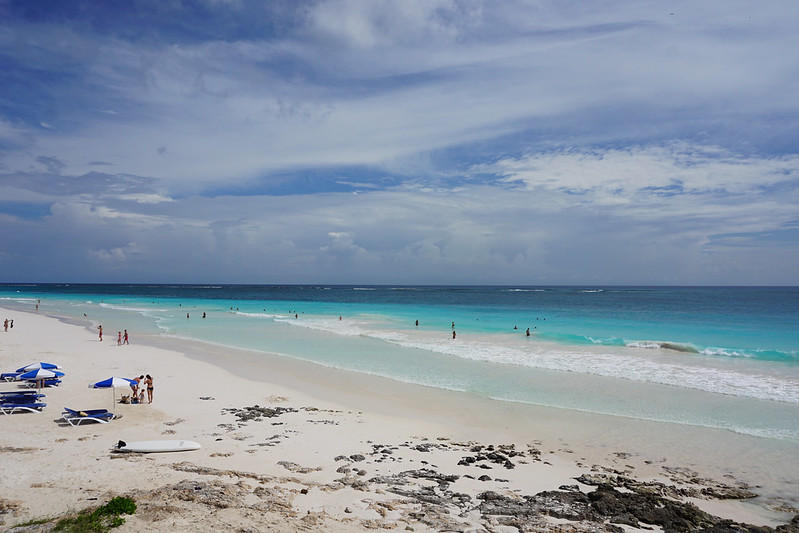 The other worst part was getting scammed.

We only had a rental car for a couple days, but twice in that span we encountered scams. Once, we somehow made it through without being robbed. Once, there was nothing we could do.

The one that didn’t get us was the gas station. They told us the credit card machine was broken, so out came the cash. I handed the man a couple 500-peso notes. I should have gotten change. Instead, he pointed down at his hands to a 500-peso note and a 50-note. Oh, hahaha, we must have made a mistake and handed him the wrong thing! Only, I knew I hadn’t. One of the small OCD things I do is always count and re-count money before I hand it over.

I knew I’d given him the right amount.

After a few seconds of panic, of me insisting firmly that I’d given him the right change, he changed his tune.

Oh, hahaha, just kidding, ma’am, That 50 I was pointing at is part of your change – the change I owe you.

We got the correct change and got out of there.

It didn’t occur to me until later that it wasn’t just an honest mistake of my understanding. No, this was a scam that had been going on there for awhile. I found others online saying the same thing happened to them.

The best part might have been dinner at Eden Tulum. Our first “wow” meal of the trip.

We leaned back on a lush bed covered in cushions and ate at a low table facing the shining blue central pool. Candles flickered from tables. Sheer fabric hung from canopy beds.

And the food – oh my – the Uruguayan chef was doing something truly special. The plates were elegantly plated and covered in flowers. Basic things like chicken wings and corn mash came to life for me in a way they never had before. And despite being full, we ate every bite of the chocolate decadence – a dessert served with jalapeño chocolate ice cream.

It was our first or second week in Tulum and I was enthralled. Who knew there was such an interesting foodie scene? I was so glad I’d chosen Tulum as our base. 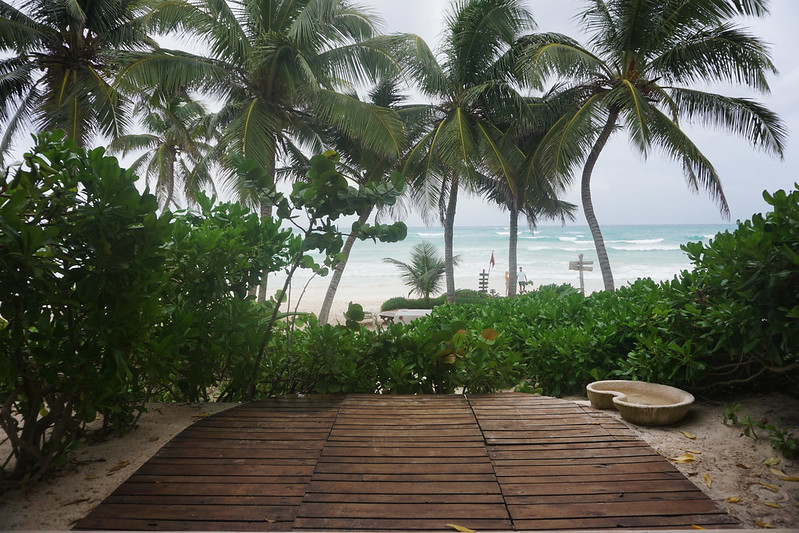 The second scam was the one we couldn’t get out of.

We were on our way home from an exhausting weekend down south. My low-level stomach issues had started to climb toward full-on parasite problem. We were both exhausted from running around everywhere. And we were just looking forward to getting back home for a long, much-needed rest.

As we were driving through a small town about an hour from Tulum, driving slowly over a road laden with speed bumps every few feet, a pair of police motorcycles pulled us over.

I don’t even think we were speeding. Not that it mattered.

Then there was a policeman at our window, explaining that we’d been speeding and now we owed $150.

Never mind that there’s an actual written law that says tourists get an exception.

Never mind that we waved that law under his nose on Chad’s tablet (oh no, that exemption doesn’t apply here, he said).

Never mind that we probably weren’t speeding at all.

And never mind that there’s no way the actual fine for speeding in middle-of-nowhere, Mexico couldn’t possibly be $150 (which would bankrupt a local).

Either they were going to take Chad’s license and we could pay the fine and pick it up the next day in po-dunk nowheresville Mexico an hour away from where we were staying or we could pay them right there (read: bribe them).

Even on principle, even knowing the fine was probably more like $5, there was no way we were going to keep our rental car longer and drive back down to nowheresville (two hours round-trip) the next morning for Chad’s license.

The police scammers had us in a bind. And they knew it.

I wanted to scream.

After three rough financial months as a freelancer, now I was being robbed? And all because I was doing my job (going down south was for a project, not a personal choice)?

I hated those cops.

I still hate them.

The best part might have been climbing the Mayan pyramids in Coba.

The guide wound us round the ruins, through tree-lined dusty paths, on foot and on bicycle. He told us about the ball game and the structures and the mystery of where the Mayan upperclass disappeared to. We climbed one large pyramid, then a smaller one. We swept our eyes across the endlessly green jungle around us. 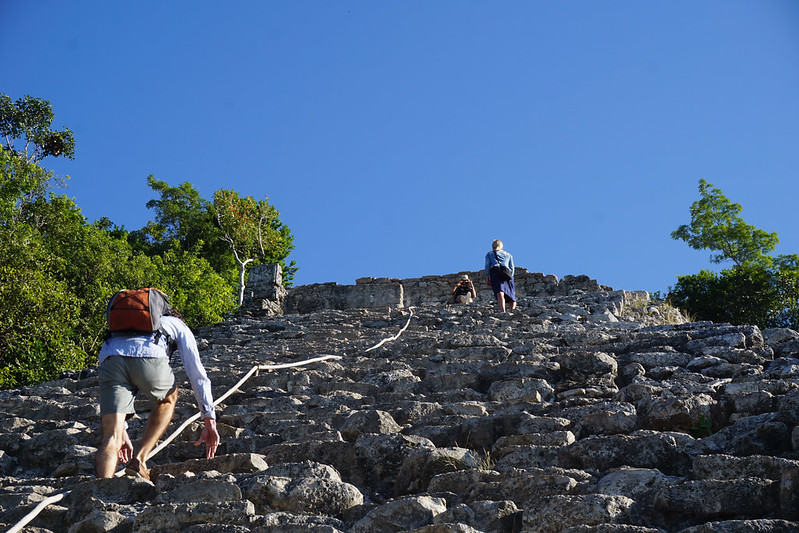 One of the worst organized events I’ve ever been to was in Tulum. It was a food event with horrible food (the worst meal I’ve ever had in Mexico was the first we ate at the event). A press event that mistreated the press. And after the first day, I opted out of the second.

Later, I found out that any press person bold enough to tell the organizer that things were disorganized was disinvited from the second day of the event – a bad practice no matter who you are.

At the same event, I made a new friend. Another writer. Someone thoughtful and interesting and who I’ll keep in touch with.

The event was bad. The friendship was worth it.

I took two cooking classes in the Riviera. And I loved them both.

I stayed the night in the B&B that hosts the cooking school, with its cool tile floors and incredibly spacious bed, its lofty covered front patio and its little green garden with curved palms stretching into the sky.

The second was Rivera’s Kitchen, on the jungle road just outside Tulum. The instructor – a vivacious woman named Lily – is from Oaxaca, Mexico’s foodie region, and the class didn’t disappoint. We made soup and rice pudding and exceptional mole (truly, the best mole I’ve ever had in my life). We tried grasshoppers (a delicacy) and spiced nuts.

I’ll be using my new guacamole, salsa, mole, and rice pudding skills once I have a more fully equipped kitchen. Whatever happened in Mexico, I’m grateful for my cooking classes. 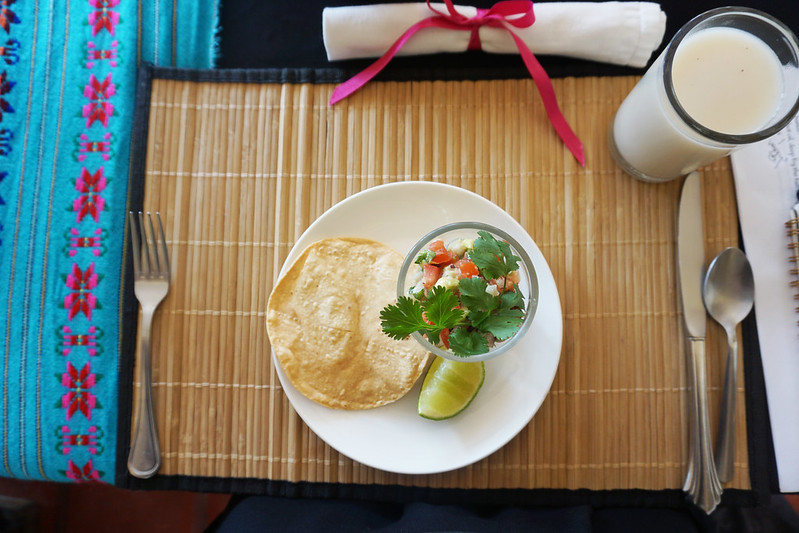 At the end of the day, this is how some trips are.

A jumbled-up mixed bag of feelings and experiences that you need time to sort through later. Time to parse. Time to let go of the strong emotions of the moment and see through a less emotional lens.

For me, this was the Riviera.

Scary one moment, delightful the next.

Surprising in both its excellent meals and its trashed-out jungle lots.

Excellent for its cooking classes.

Enraging for its corrupt police force.

A mixed bag of frustration, adventure, pleasant surprises and not-so-pleasant ones. 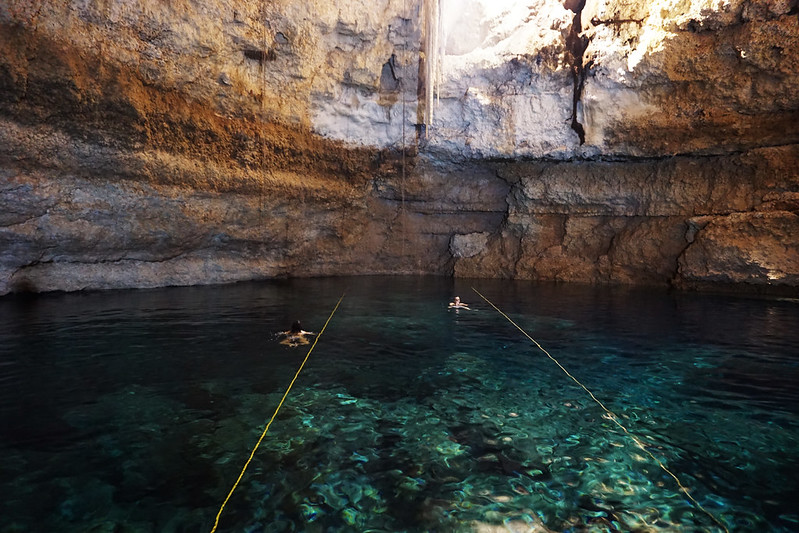 Have you ever had mixed feelings about a trip? Tell me about it in the comments.

A Day in the Life of a Digital Nomad, Transit Edition

A Day in Thun, Switzerland

Photo Essay: Walking the South Rim of the Grand Canyon

I love hearing both the good and the bad. So many bloggers keep it all ‘positive’. It’s good to know about details of what could go wrong when visiting somewhere.
I lived in Peru for a year and was sick the whole time. While the country and surrounding countries were beautiful as well as most of the people, I can literally and figuratively say ‘I have gotten Latin America out of my system.’
Maybe at one point in my life I’ll be interested in traveling south again, but for now my focus is on Europe. It keeps me healthier….

I hear you. Europe has definitely been gentler on my constitution as well.

I feel this way about so many of the backpacking trips I’ve been on! :D Some days there are tears and injuries and nothing goes according to plan. Some days are full of laughter and adrenaline perfect photo ops. I think it’s the nature of all adventures. Some great moments, some nasty ones. To borrow Edward Abbey’s words: “May your trails be crooked, winding, lonesome, dangerous, leading to the most amazing view.”

That sounds great to hearing both the good and the bad. So many people keep it all ‘positive’. It can be very helpful when visiting somewhere.