Popular posts
A creepy Halloween cover reveal: The Wicked Unseen is here!
My secret news: I wrote a novel for Netflix!
The most (and least) dog-friendly countries in Europe
The most (and least) hiker-friendly countries in Europe
The ultimate guide to Europe’s digital nomad visas
The cost of traveling Europe: real budget numbers from 9+ years of travel
How we define disability (and how maybe that needs to change)
How I make money while traveling the world full-time: behind the scenes with a...
So You Want to Freelance? Here’s How to Set Your Hourly Rates.
I Have OCD. This Is What It’s Like.
mental health + philosophytravel how-tos

Let’s talk about fears and facts, shall we?

In the last couple years, I’ve seen an extreme uptick in fear of travel. Over and over again, I’ve seen USers asking if Europe is safe anymore. Formerly supportive family members express concerns. American government officials are claiming that Europe is a hotbed of terrorist activity.

And, you guys, this makes me really frustrated.

Because all this fear, all these blanket statements about danger, all these crazy travel warnings…they’re based on feelings and beliefs. Not facts.

Someone sees a news story about a single female traveler gone missing, about a tragedy in the streets of London, about how a single government has increased its threat level…and fear takes root.

And that fear is legitimate. It would be truly devastating to be in a dangerous situation, to find yourself in the midst of a terrorist attack or a mass shooting or a missing persons scenario.

Those fears are real. I get it.

But the truth is that the likelihood of any of those things happening to you is extremely low.

And, in fact, you are in greater danger in the USA than you are in Europe.

And so the unknown feels more dangerous.

But when it comes to making decisions about our safety, feelings aren’t all that helpful. It’s facts that matter.

Because you’re safer in the place with just five–even if that same place had a massive news story yesterday about a terrorist attack.

That’s facts at work. They don’t bow down to political beliefs or dramatic news stories. They’re simply about your odds of being okay.

So, back to the question of whether Europe is as safe, less safe, or more safe than the USA. Let’s look at the facts, shall we? 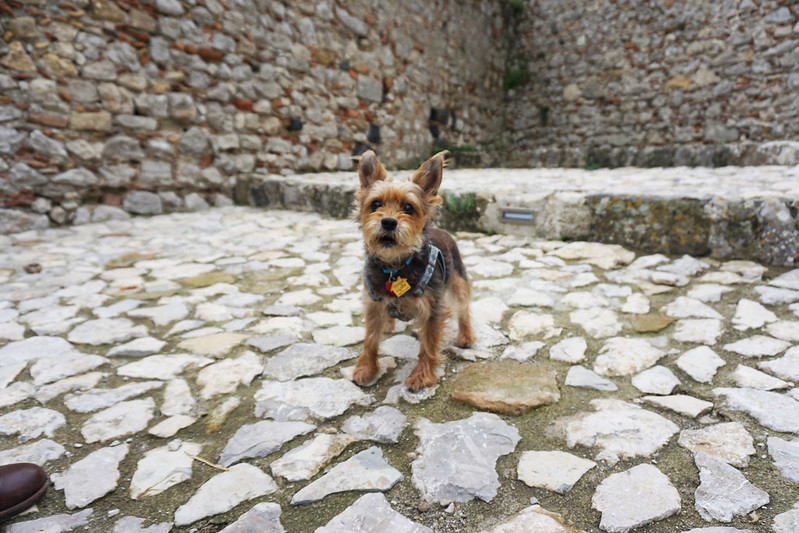 That’s almost twice as many fatalities as terrorist attacks caused worldwide so far this year (4,190). And that’s including attacks in active war zones.

Drill those numbers down to only include Europe and here’s what you’ll find: The number of terrorist-caused fatalities in 2017 so far is just 55.

Take out the Ukraine, which is an outlier and a place most tourists aren’t planning to visit anyway, and that number drops to 44.

Take out the UK, which has been the hardest hit by far (with 38 fatalities), despite having the toughest borders (hint: border control does jack squat), and the number for mainland Europe drops to 6.

Of course, even though terrorism gets the most press (and I get that: it’s scary as hell, even though it is rare compared with other dangers) and inspires the most fear, it’s a bit unfair to compare terror deaths with all gun deaths, right? So, let’s compare murder rates instead.

That’s higher than all but two of the European countries–both of which, again, aren’t big tourist draws: Russia (11.13) and Lithuania (5.98).

Every single other European country comes in lower and the most popular tourist destinations come in at less than half the American murder rate, with France at 1.58, the UK at .92, Croatia at .87, Italy at .78, and Switzerland at .69.

What do those numbers mean in practical terms? You’re safer in almost every single European country than you are in the US. In France, you’re about 3x as safe. In the UK, Italy, Switzerland, about 5x as safe. At least when it comes to murder rates. 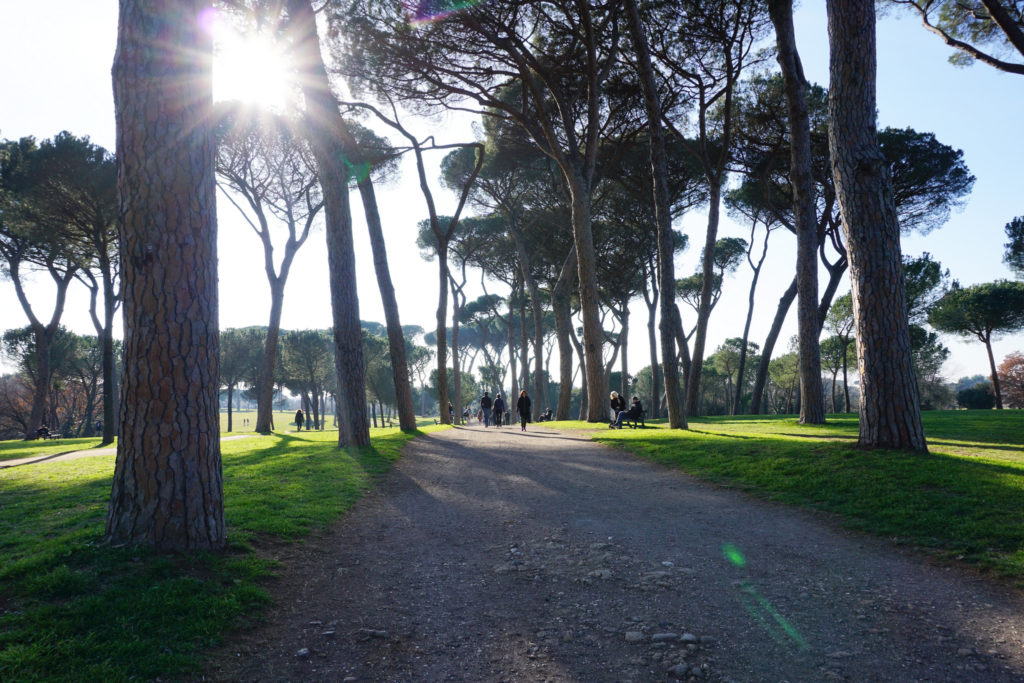 Okay, so here’s what I’m not trying to say:

I’m not trying to say you should travel to a place that makes you feel uncomfortable. Where you travel is absolutely and solidly up to you.

I’m also not trying to say that the US is the most dangerous place on the planet. That’s demonstrably untrue, as well. It ranks somewhere in the 90s for worldwide murder rates, far below places like Venezuela, South Africa, and Brazil.

But here’s what I am trying to say:

When we make a statement about a place being dangerous, when we tell a friend or family member we’re worried for their safety and they should give up on their dream trip, let’s make sure those statements are based on facts.

Not a single news story (remember: the news is news precisely because it’s unusual; don’t let a couple big stories give you a false sense that sensational events happen all the time).

Not a gut feeling.

Not a political stance.

Don’t let feelings stop you from exploring an amazing, diverse, beautiful, friendly, charming, foodie-heaven continent. Not when the facts say that you are decidedly safer here than you are back home.

The Only Thing You Have to Do Today

My Winter Quest for Wellness

I love reading these kinds of stats as it truly puts it into perspective. I’ve written a few posts about how Europe is still safe. But I still find that so many people will still ignore this. Some will take notice and change their minds. But there will always be those who still don’t believe in the stats. But I’m glad you wrote this and I intend to share it!!

Yes! It’s crazy to me just how many people are willing to shrug off facts in favor of their own personal feelings about whether a place is safe. Hopefully if enough of us keep sharing the facts, people will get on board.

Thanks for that now I really want to go to Europe its safer than the US. Heck i feel safer there already.

I feel safer here every day.

YES YES YES!!!!! The news wouldn’t make money by reporting “no one was injured/shot/murdered/kidnapped today and all is safe here.” I feel so much safer in Germany than I do in the US. You can’t get a gun in Germany without being part of a hunting club and going through classes, and guess what? There’s almost no gun violence here. Yes, terrorism is scary, but so is a domestic abuser who is still able to obtain a gun and use it on his wife or neighbors or local movie theater. Instead of focusing on the scary people we have very little control over, why not focus on the scary people we can do something about? Why not make it even a little bit harder for people who shouldn’t have guns to get a gun?

Europe is safe. Like you said, it’s important to look at the facts, not your feelings or some exaggerated, sensational news story. I love living here, and I love traveling here. So to anyone worried about taking a vacation here, come! It’s wonderful!

Make choices that are actually proven to keep you safer when you can, such as not abusing substances, driving safely, not going certain places solo (and before we all get fussy about this statement, please know that I know it’s not fair – there just are some situations where you shouldn’t be traipsing around by yourself, and this is true for men and women, both in developed areas and in the wilderness), traveling and adventuring as well-prepared as possible, etc.

Once you’ve stacked the cards in your favor as much as you can, you have to live your life and accept the remaining risks.

“May your trails be crooked, winding, lonesome, dangerous, and leading to the most amazing views.” ~Edward Abbey

Oh, we fought this battle over the two years of our cycle tour in Europe and a South America, particularly with Turkey and Colombia. The media love to instill fear into our lives and we can choose to make our own decisions. After two years away, I do feel less safe in the US sometimes and yet more safe because it’s what I know. We also don’t read the foreign government reports for our own country…

I’ve found that the “unsafe” countries that we’ve traveled, where our government and the media makes all sorts of claims to the dangers actually have some of the most hospitable, kind, generous people we have ever met.

Absolutely spot on and I am going to send this to the (many) people who more or less ask me the same question. Why are “facts” so easily discarded? I don’t get it. I feel much safer in Italy.