Popular posts
The cost of traveling Europe: real budget numbers from 9+ years of travel
A creepy Halloween cover reveal: The Wicked Unseen is here!
My secret news: I wrote a novel for Netflix!
The most (and least) dog-friendly countries in Europe
The most (and least) hiker-friendly countries in Europe
The ultimate guide to Europe’s digital nomad visas
How we define disability (and how maybe that needs to change)
How I make money while traveling the world full-time: behind the scenes with a...
So You Want to Freelance? Here’s How to Set Your Hourly Rates.
I Have OCD. This Is What It’s Like.
travel how-tos

European train passes vs. point-to-point tickets: Which should you choose?

So, here’s a question I’ve been getting lately:

What kind of European train passes should we buy?

If you’re a North American taking your first trip to Europe, I get it. It can feel a little overwhelming. We don’t use a lot of trains in the States and Canada, but in Europe they’re everywhere and for many they are the primary means of transport. You don’t need a car for most trips here (and yay, you’re saving the planet a little by choosing trains!). But what tickets should you buy?

Are passes the best value for the money? Is it better to buy point-to-point tickets? What about half-fare cards and discount travel passes? And when you should buy first vs. second class?

Today, I thought I’d tackle those questions since I’ve been taking European trains for something like 10 years now.

So, what European train passes/tickets should you buy?

The short answer is this:

If you’re taking trains often and traveling farther distances, a train pass is probably the way to go. If you’re traveling slowly or just exploring a small area, buying point-to-point tickets could save you a lot of money.

The long answer – and the better answer if getting the most out of your money is the goal – is that you should do the actual math before making a decision. 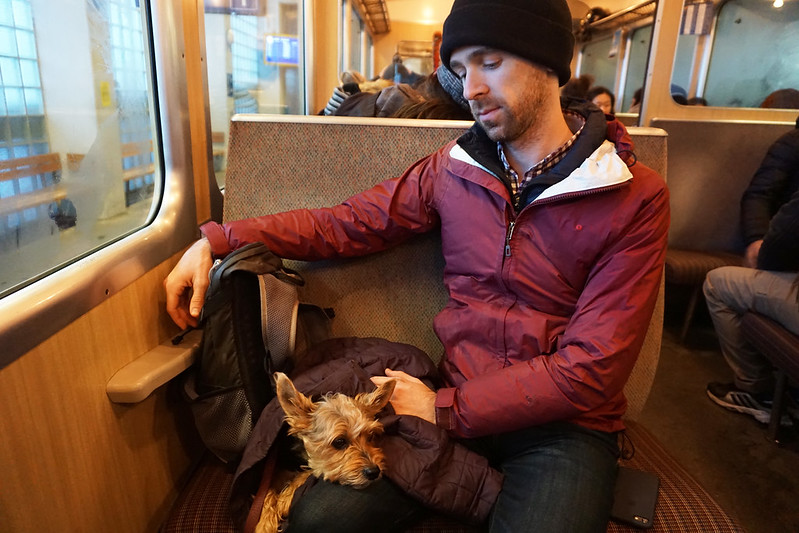 Figuring out the cost of trains

For example: When Chad and I decided to spend two months in Switzerland this past winter, I sat down with a sheet of paper and my computer to figure out the real costs of train travel.

So, first order of business: What were our options? What kind of train passes or tickets could we use?

I’m already familiar with Switzerland, since I lived here for two years, but if I wasn’t, I would start with the train company website, sbb.ch (which has complete information about all train options).

In our case, option A would have been a Swiss Pass. The cost of a 15-day Swiss Pass (which covers pretty much unlimited train travel, with a couple exceptions of special railways/cable cars) for second class travel is 513 CHF. That would cover only part of our trip, but if we were planning on zipping around the country, it might be worth it.

Option B was a Swiss half-fare card, also known as the half-tax. The card costs 185 CHF if you’re over 25 (120 for those 16 – 25), is valid for a full year, and gives you half off on most train tickets within Switzerland. Since it’s valid for a year, most people staying for a short time probably wouldn’t think of this as an option, but depending on how much you’re traveling, it can be a great little saver.

Option C was to buy point-to-point tickets as we went.

Of course, to figure out which one was actually cheaper, I had to figure out where we were going to travel and how often we would take buses or trains. I wasn’t planning ahead enough to know our exact itinerary, but I did some educated guessing.

We were basing in Interlaken and I knew I’d want to see friends in Lauterbrunnen pretty often. I also knew we wanted to take a day trip to Lucerne, Bern, and Thun.

I used sbb.ch to figure out the cost of point-to-point tickets for my probable travels:

Interlaken – Lucerne is 33 CHF each way.

Interlaken – Thun is about 17 CHF each way.

So, let’s say over the course of 6 weeks, I go to Lauterbrunnen once per week. That’s 90 CHF. One weekend in Lucerne would run me another 66. A weekend in Thun another 34. And let’s say I went to Bern three times during my visit. Best case scenario, that’s 54.

So, if I stuck to those train trips, looks like my cheapest option would be paying for point-to-point tickets.

But, oops, forget to add in airport transit! Zurich airport to Interlaken is a whopping 74 CHF each way, which means at full price that adds 148. Half-tax, it only adds 74.

If we do the math again with those figures, point-to-point comes out to 392. Half-tax comes out to 381. Which means the half-tax route is a tiny bit cheaper. And if I end up wanting to take any other trips outside my itinerary above, the half-tax starts to become more and move valuable.

So, the point isn’t that you should run out and buy yourself a half-fare card. The point is that when you actually do the math on train ticket options, it’s pretty easy to make a decision in the end. If I was only taking two or three trains in Switzerland, point-to-point tickets would have been a no-brainer. If I was traveling fast, taking trains every day, a Swiss Pass might have been the more economical choice. Somewhere in the middle, the half-tax came out on top. 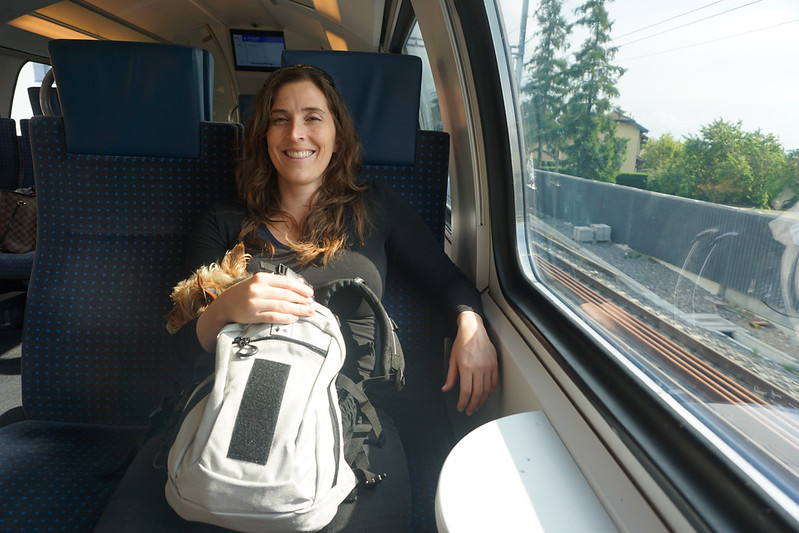 Now, with any train option in Switzerland (or Europe in general), you generally have the option of first or second class. So, which should you choose?

The difference is that in first class you have a bit more room. Seats are a little wider. Leg room extends a bit farther out.

If you’re petite (like me), that extra room isn’t a huge deal. But what can be an incredible benefit is this: Far less people.

So, for me, the big benefit of first class is simply that less people book it, which means the first class cars are often much less crowded. I’ve had first class passes several times over the past few years and there have been many times – even in summer – when I’ve had a train car all to myself or only shared with a handful of quiet older couples.

So if you’re traveling in summer and prefer more space and quieter train cars, upgrading to first class might be worthwhile.

And if budget is your priority? Second class will do just fine. 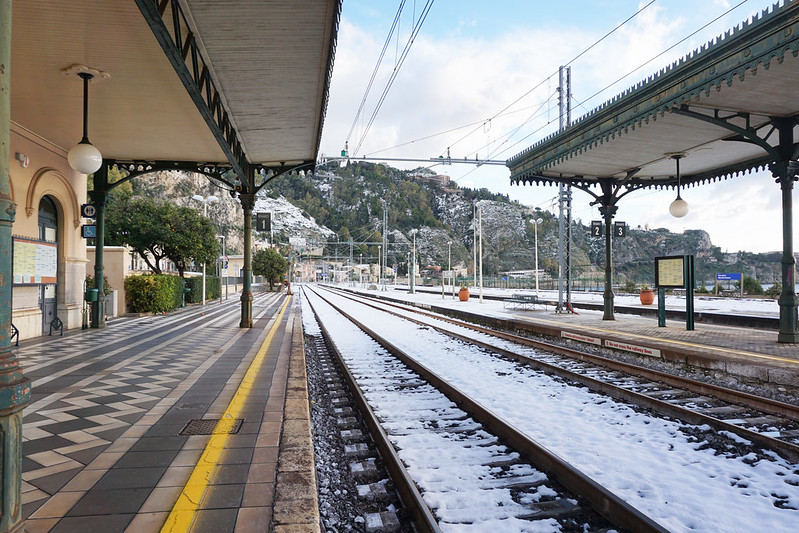 Does this apply to every European country?

Now, I’ve used Switzerland as an example above because it’s where I’ve been doing a lot of train travel lately, but the same principles apply no matter which European country you’re visiting.

If you’re doing the math on Italy, you’ll want to compare prices on the Italian sites (Trenitalia and .Italo). If you’re heading to France, research fares at SNCF. For Austria, it’s OBB. For Germany, DB.

Eastern European countries may or may not have great train options (and those that do have atrocious rail websites). But most of western Europe is pretty well connected by train and you can search for the national rail service for the country of your choice and figure out prices from there. 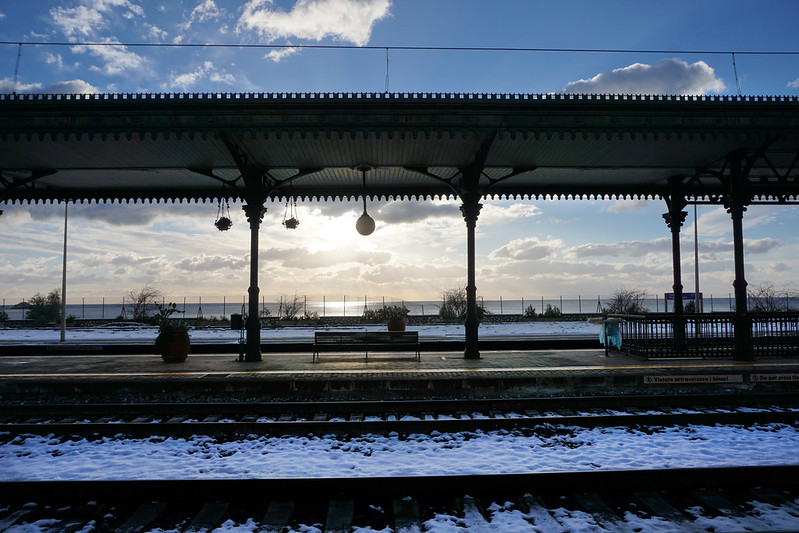 So, avid travelers in the group: Any other tips and tricks for those new to train travel in Europe?

How to Walk the 88 Temples Pilgrimage in Japan

Going to the Doctor Abroad: France

How to find cheap flights: advice from a digital nomad

How to Stay Stylish While Living Out of a Bag, Part II