5 trips to skip this summer (and where to go instead)

Over the last few years, more and more places have been suffering from overtourism. I wrote about it a couple years ago and said: “These places have been overwhelmed by vacationers and cruise ship passengers and backpackers and that overwhelm has had far-reaching consequences for locals going about their business, for the environment, for the beautiful places they’re trying to preserve. Which is why now we’re starting to see tourism caps and cruise restrictions and even locals marching in the streets.”

And one of the ways to make sure you don’t participate is to know which places are suffering and skip them in the high season (in the case of Europe, that means summer).

The good news is that most of the places are even nicer in the shoulder season or low season.

I mean, which of us doesn’t want a beach all to ourselves or an attraction with no lines or a cool breeze instead of 100-degree-plus heat?

It benefits everyone to skip the over-touristed spots in summer and choose something less popular for your summer vacation.

In case that sounds like a good plan, here are 5 trips to skip this summer and 5 destinations to choose instead. 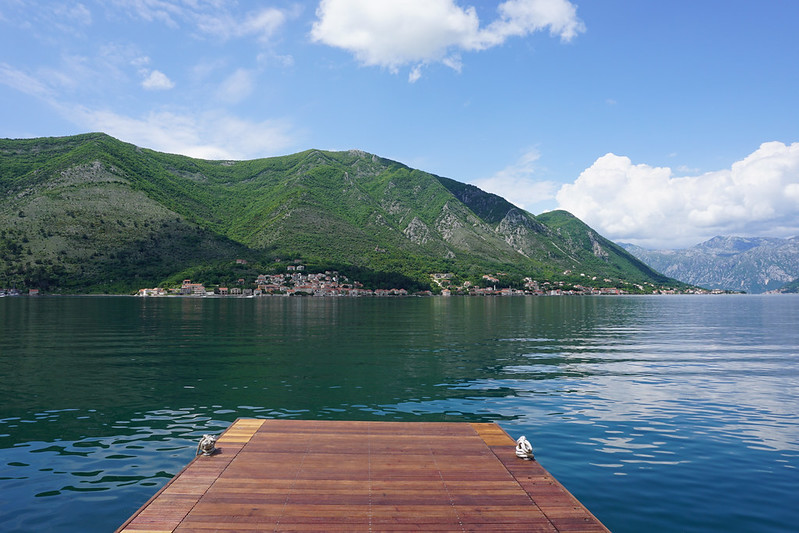 Let’s start here: Kotor is gorgeous. It is just as stunning as everyone says. And it is worth visiting.

Come summertime, it’ll be overflowing with tourists. Even in early May, decidedly the shoulder season, we had at least one cruise ship every single day. Sometimes up to three. In summer, locals assured us, it would be as many as four per day. Plus 50 buses coming in from Croatia and other parts of Eastern Europe. The traffic, our cab driver told us, will reach an insane level, as there’s only one road around the bay.

The population of Kotor is about 13,000. In a single day, they can get that many tourists. Even in early May, hiking up to the fortress on the regular staircase route was an endless march of people.

So go to Kotor someday. Revel in the gorgeous mountain-ringed bay. Hike up to the WWI forts. Frequent the gorgeous little fresh market. But don’t go in summer. The weather here is better in the spring or fall anyway.

Where to go instead: Northern Montenegro

Montenegro’s popularity has been exploding year-over-year, but almost every tourist that visits is headed to the coast. Inland, you’ll find quieter getaways, lush national parks, and plenty of natural beauty to keep you occupied.

Book a farm stay with a local through my friends’ Brit and Astrid’s Montenegro-based company Meanderbug. They’ve got them in Montenegro and several neighboring countries.

After our recent trip to Montenegro, Chad and I are talking about someday making it up to the north via rented campervan. The lush landscapes around Kotor really surprised us and we’d love to see more of the country’s wilderness places. 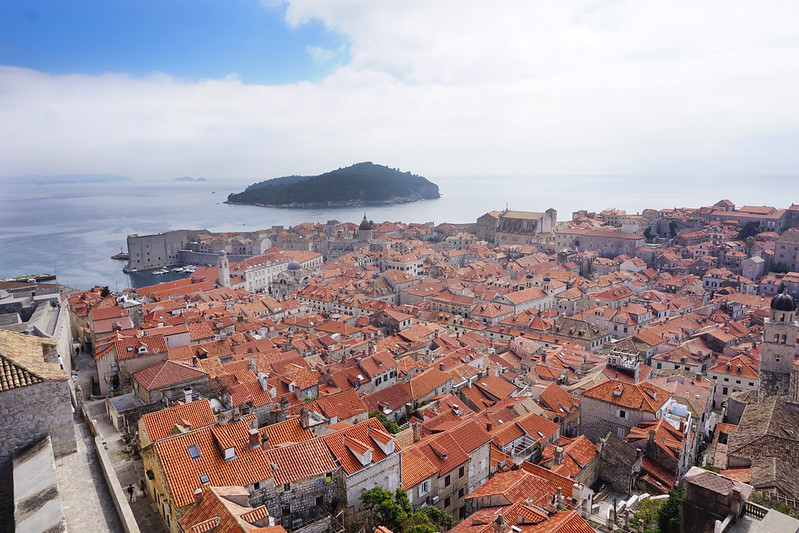 Dubrovnik is so crowded that in 2016, Traveler reported that 10,000 people had bought tickets to walk the city walls…in one day.

And let me tell you: Even in winter that place feels busy.

I get it. Game of Thrones, ancient architecture, gorgeous coastline, a city with an interesting siege history…it’s an interesting place to add to your bucket list.

But here’s the thing: There are other equally pretty, equally interesting places to visit along the coast where you won’t have to share your leisurely wall walk with 9,999 other people. And winter in Dubrovnik is rather mild and often sunny. So if you must go, why not go when only a hundred people might be up on the walls in February?

Where to go instead: Rovinj, Croatia 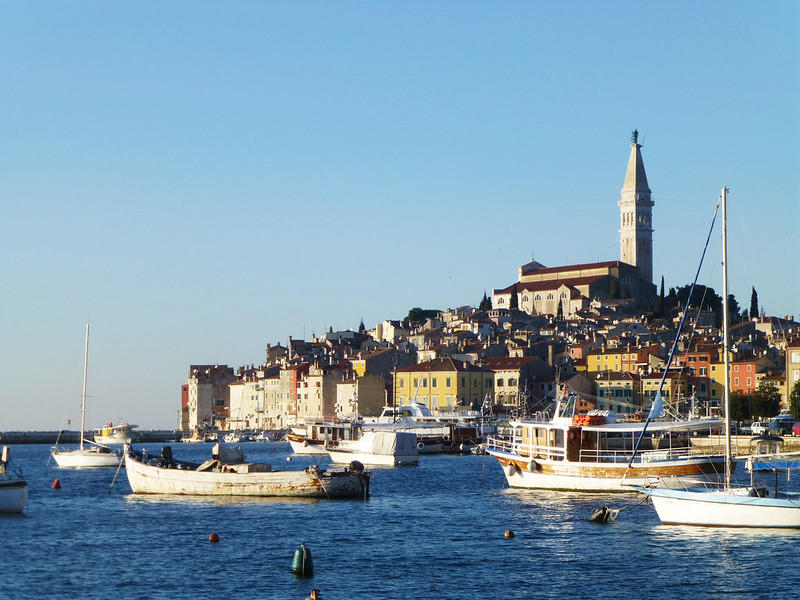 Head north up the coast and you’ll find another of Croatia’s prettiest cities–and this one less popular and crowded: Rovinj.

The surrounding countryside feels a bit like Tuscany. They’re known for their truffles. The town itself is a charmer. And there’s a huge pine forest along the coast full of walking trails and ocean views. If you must visit Croatia in summer (and honestly, I wouldn’t – shoulder season will have better weather all around), head north instead of south.

Barcelona has been telling tourists off longer and louder than pretty much any other city. It’s the 20th most visited city in the world, and locals have had enough.

So please don’t visit Barcelona in the summertime. If you must visit, head there in winter for some thick hot chocolate with churros and quieter beaches. Or just skip it altogether. As someone who has visited three or four times, I really don’t get the hype. There are so many more interesting cities in Europe with less crowds and where you’re less likely to be physically shoved by someone who hates tourists.

Where to go instead: Seville, Spain 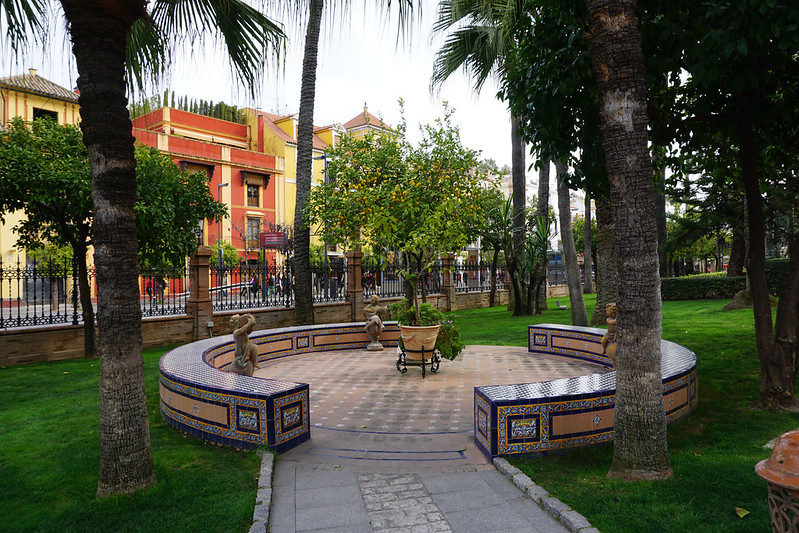 Seville is sunnier, prettier, and friendlier than Barcelona. Not to mention less crowded. And with better food. Stay in an adorable boutique hotel in the city center and don’t miss the tapas at this restaurant. And when you need your beach fix? Head south to places like Malaga or Nerja.

The local population here is 50,000. The tourists that swamp the swamped city each year? 30 million. So if there’s anywhere that needs a break from our relentless exploration, it’s Venice.

Where to go instead: Annecy, France 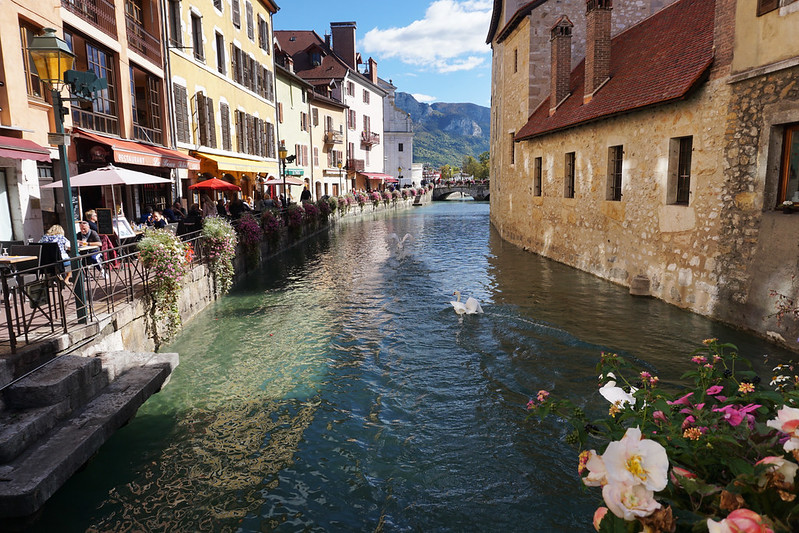 If canals are what you’re craving, head to Annecy. You’ll find plenty of flower-lined canals, plus a huge, stunning lake with mountains in the distance. Don’t miss the yummy fresh market, the adorable cobbled old town, or the walk along the lakefront. 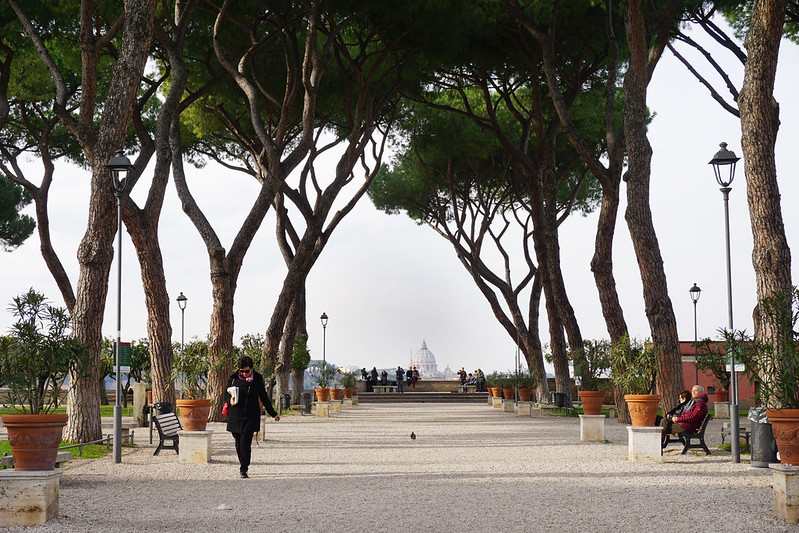 Did you know that Rome has very mild weather in the winter? Luna and I have been twice now and both times we had plenty of sunny days. Not to mention access to our favorite seasonal artichoke dishes and a lot less crowds.

In the summer, on the other hand, Rome gets more than its fair share of crowds. Not to mention extreme heat and street corners that start smelling of roasting pee.

So go in winter. Skip the summer crowds and heat and tourism damage.

Or choose another ancient city…

Where to go instead: Modena, Italy 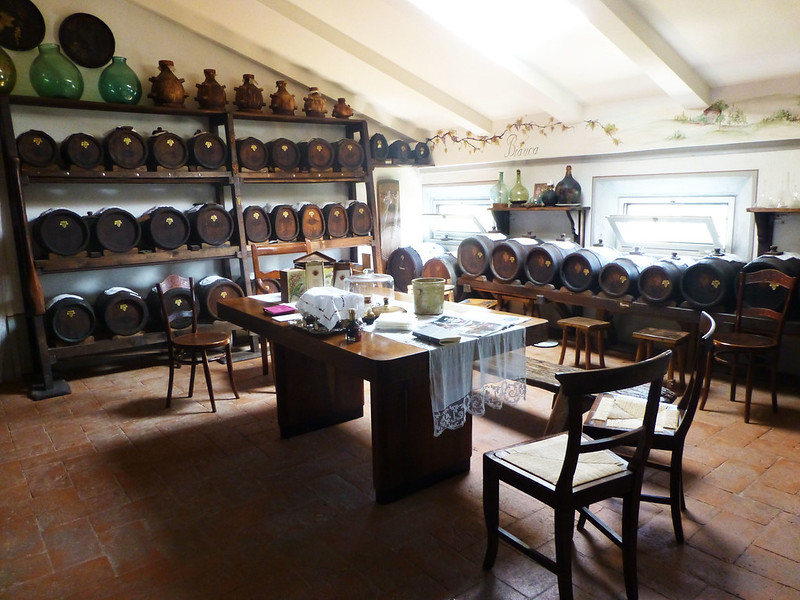 Personally, I generally don’t go to Italy in the summer. It’s just too damn hot.

But if you must, and if you’re coming to Rome for a foodie adventure, head north instead. Emilia Romagna is one of Italy’s top foodie regions (where things like Parmigiano-Reggiano cheese, Parma ham, and balsamic vinegar were born). My favorite town is Modena – a mid-sized place where balsamic vinegar was born.

It’s the home of the best restaurant in the world, but even if you can’t get a table, there’s a region Massimo located here and that reason is that the city is bursting with great food. Check out the fresh market and shops. Go to a balsamic vinegar producer for a tasting. Enjoy.

And if you’re going to Rome for ancient monuments? Verona is a charmer with its Roman amphitheater now acting as an open-air opera house.

How to Travel the World Full-Time (Without Going Broke) & Other Useful Tips for...

Going to the Doctor Abroad: The UK

How Much Does It Cost to Road Trip from Denver to Los Angeles?

F*ck Renfe. Use Omio instead.

How to Pack Up, Take Off, & Explore the World By Bike With Shirine...

I was thinking of going to Barcelona next year but after your advice and a few hours of research, I think I will go to Seville instead.

I definitely think a lot of countries have under-rated hidden gems that are a better trip than the popular capitals! I think that applies here in Ireland – places like Kerry, Galway, and west Cork are so much nicer for tourists than Dublin in my opinion.

Seville looks gorgeous and I love the idea of Modena – when I hear ‘best restaurant in the world’ I’m completely sold! :)

I’m getting more and more fed up with overtourism.

I just read 2 articles last night touting Kotor as an underrated/under-visited/hidden gem. I cringed. Yes, it’s a gorgeous place, and it’s still not as known as places like Rome or Venice, but there are soooo many tourists! Like you said, 1-4 cruise ships every day, which equals a lot of people dumped into a tiny town for an afternoon.

I’m totally with you on Barcelona. I don’t understand the hype, and as far as big cities in Spain go, I much prefer Madrid. But for not-as-big cities, I also agree that Sevilla is wonderful! I also love Malaga, which is certainly popular for the beaches, but after two visits where I didn’t get anywhere near the beach, I think it’s a great city for history, castles, food, and relaxation without having to get all sandy.