If you know me, you know I value slow travel. You may also know that slow travel (to me) doesn’t just mean traveling at a slower pace. It’s more about not over-scheduling, about giving yourself space to breathe, explore, enjoy. About planning your travels in a way that lets you really experience something instead of checking your watch 10 times to see if you need to leave to make your next appointment.

And when a reader wrote to me recently to ask about my itineraries, that slow travel philosophy is what came to mind.

She wanted to know this: How far do you travel between one destination and the next? When you do move home bases, are you picking another one nearby or flying to another continent?

And while I’ve certainly done both, the answer is strongly in the first camp: usually, I try to pick somewhere very close to where I already am. If I’m in Italy and need to leave the schengen, I take a short flight to Croatia. If I’m in Spain, thinking about my next stop, France is the first place that comes to mind.

This jives with my ideas about slow travel for a lot of reasons. Because it means shorter travel days (and less stress) to get to the next place. Because it allows me to see more of a region or country instead of just ticking the “been to Italy” box and missing out on the nuances between regions.

So, what exactly do I mean when I say I tend to travel both slow and close? Here are several real itineraries from my almost-10-years on the road: 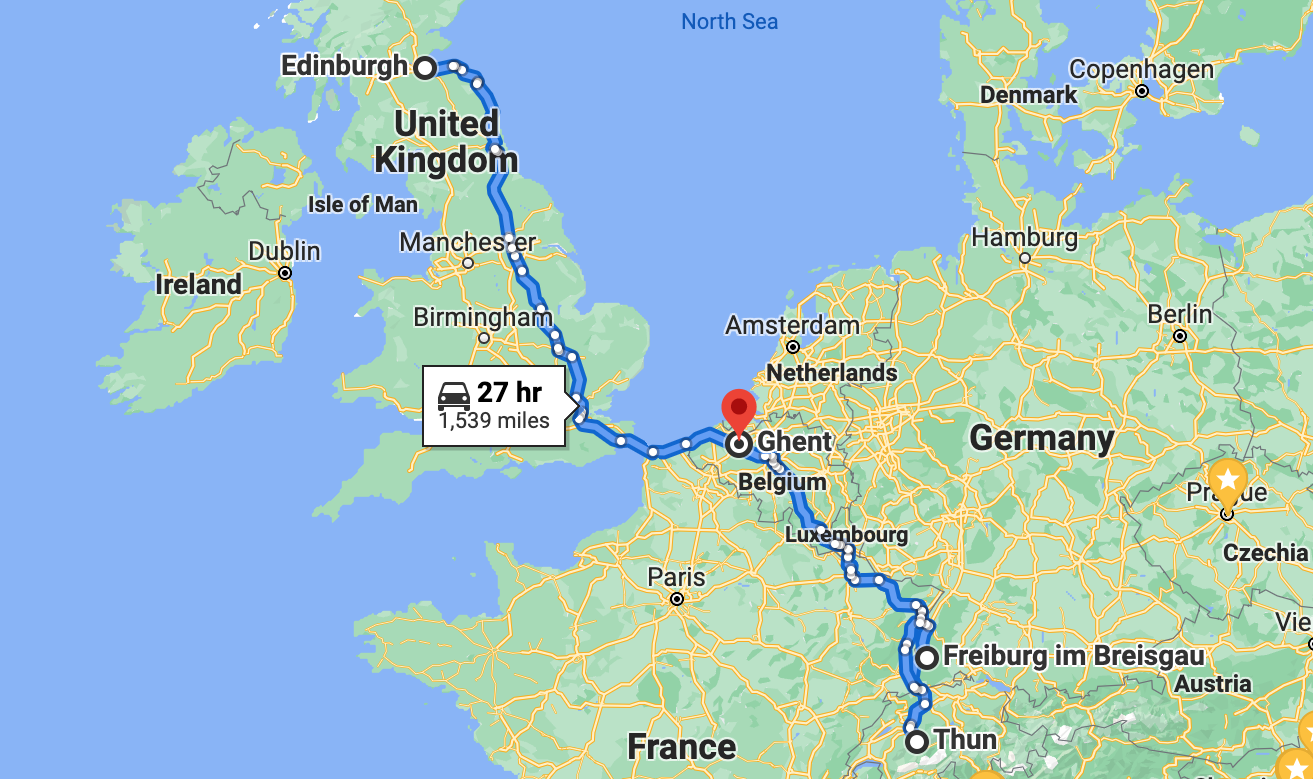 As you can see, this first few months in Europe, my longest travel days were about eight or nine hours via train and/or ferry. I traveled a bit faster than usual, spending only two weeks in one place in several cases, but I stayed relatively close on the map. 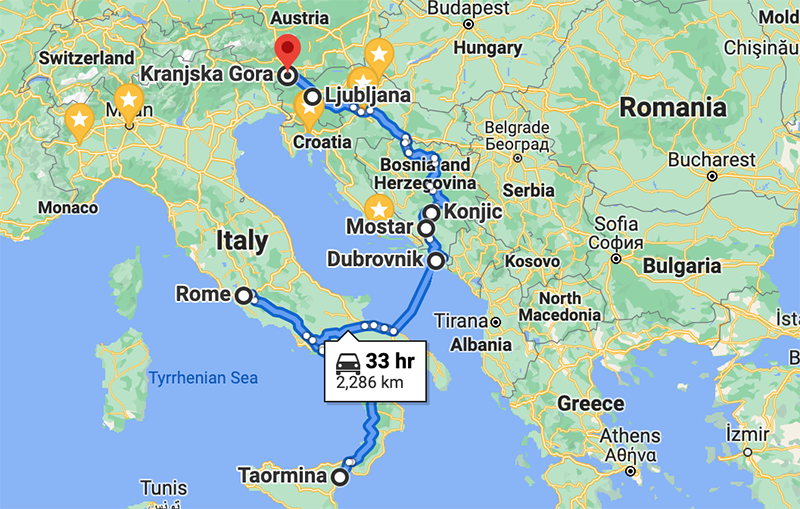 Transit: 8+ hours by car and train with a Zagreb overnight stopover

In this nine-month period, I only covered about 2,300 kilometers. Could I have done some of this in day trips? Sure, but I like having a base and exploring that tiny area thoroughly before moving on to the next. And I don’t love being in the car or on buses all the time. So I choose to bike and walk in a small area and then move, even if it’s only three or four hours away from my original base.

So, now back to you: do you tend to cluster destinations close together or try to jump around and see a lot of disparate places in one trip? There is no right answer. This one is just mine.

Hey Full-Time Traveler, How Do You Plan for the Future?

71 Ways to Make Money While Traveling

Ask a Digital Nomad: How Do You Choose Where to Go Next?

Actually, I didn’t quit my job to travel