This cooking class was complimentary for another story. They don’t know I’m writing about them here and all opinions are my own.

First, a confession: I was a terrible pasta-maker.

I came to pasta-making fearless, recipe in hand. I love to cook and I’m usually good at it. And luck is usually on my side. The first time I made pie crust from scratch, my partner and I devoured the whole pie. My first attempt at pesto came out fresh and tempting. My first chicken pot pie was instantly declared my partner’s favorite dish.

And then I stumbled upon the two things that stopped me in my tracks: homemade mayonnaise and homemade pasta. Both were absolute disasters on first attempt, so bad that they had to be thrown out.

Which is why when I found myself in Rome for the winter, I signed up for two pasta-making classes. Clearly, I needed the help of someone who’d already mastered the art. Unless I wanted to keep ending up with grainy, too-thick pasta only fit for the trash bin. 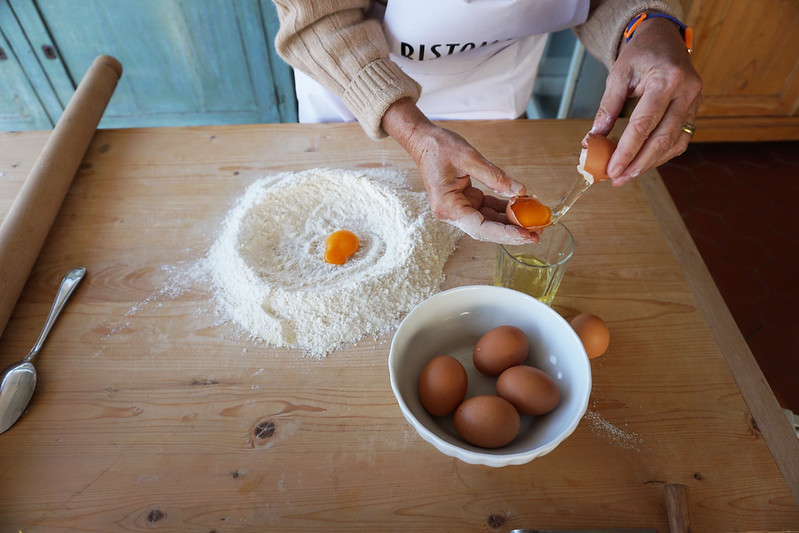 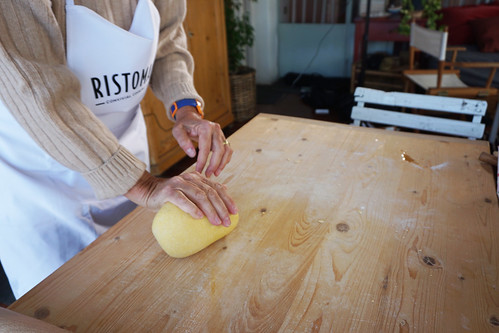 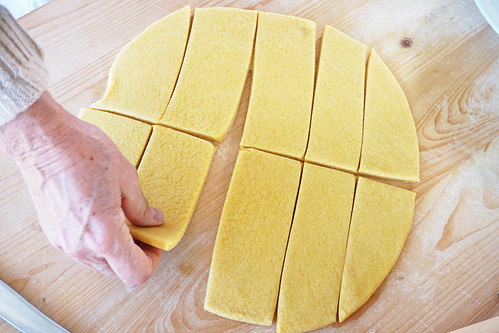 My first pasta-making class in Rome

The first class I took was with Ristomama and I was breathlessly enamored from the start. My teacher was a former food writer and exceptional cook from Emilia Romagna named Raffaella, and our class was in her spacious top-floor loft in a bright room overlooking her rooftop garden.

I knew, from the moment I walked into that room, that this was going to be something special.

It didn’t take long to realize what I’d been doing wrong with my pasta before. It wasn’t rolled thin enough. It wasn’t kneaded out properly. Pasta-making was so simple but so delicate too.

I watched and took notes and kneaded the cheerful yellow dough (so slowly that she had to take over). And then we stuffed the pasta for tortellini and ravioli and cut the leftovers for tagliatelle.

An hour or two later, we sat down for the lunch we’d just made. Tortellini en Brodo. Ravioli with spinach and ricotta. A perfectly al dente tagliatelle. 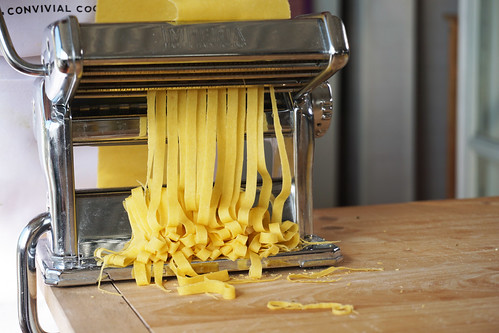 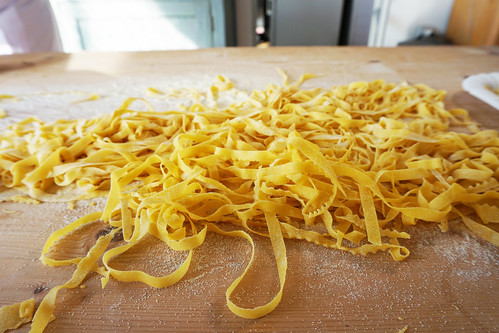 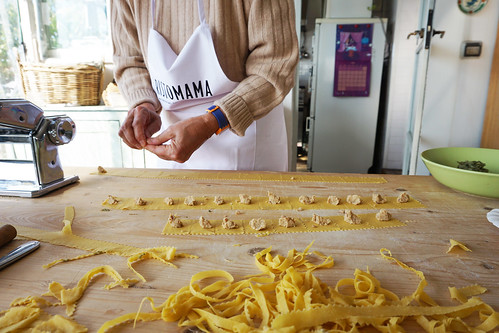 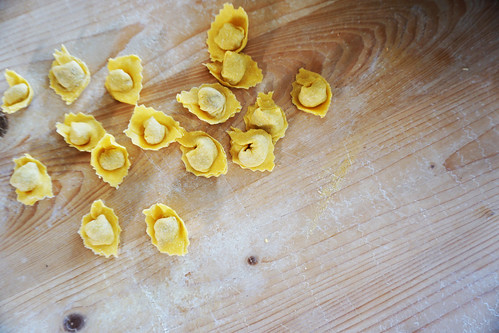 Later, I took a second pasta-making class in Rome and practiced what I’d learned. I whisked the flour into the eggs slowly. I kneaded hard. I waited until my pasta dough was the consistency of an earlobe and then I rolled it out. Under the watchful eyes of instructors, I made pasta worth eating.

Then it was time to try again at home.

I didn’t have the proper tools. No shiny pasta-press to thin it out. No shapely cutters to make the ravioli uniform. But this time I knew the consequences of dough not well kneaded and pasta not well thinned. And so with a rolling pin in hand, I worked that pasta as thin as I could get it, cut it into tagliatelle, and made a simple sauce.

When it worked out in the end, I think I must have been glowing. My hands and my mind had finally understood something essential about pasta. I’d finally made something edible all on my own. 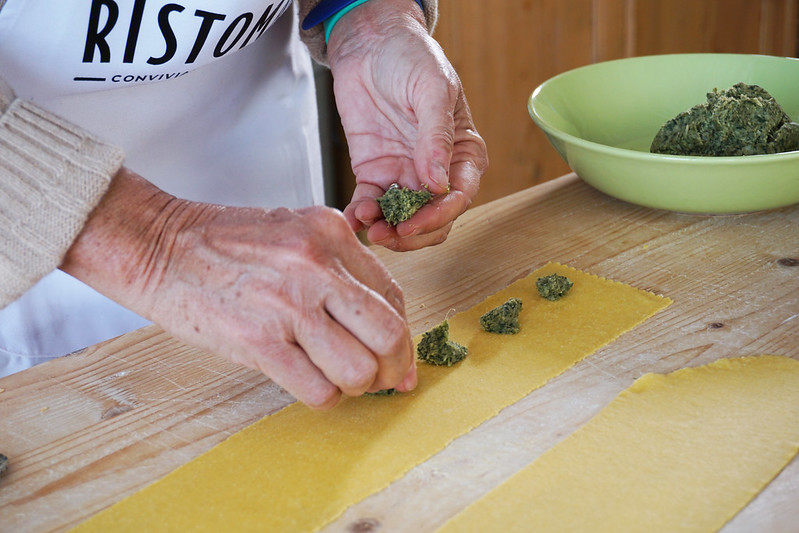 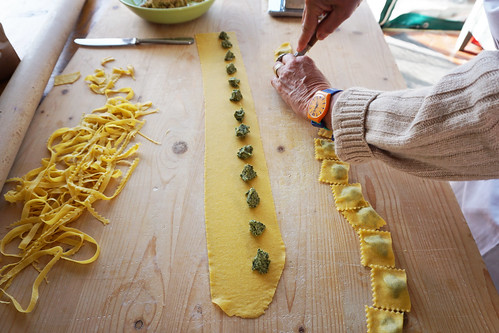 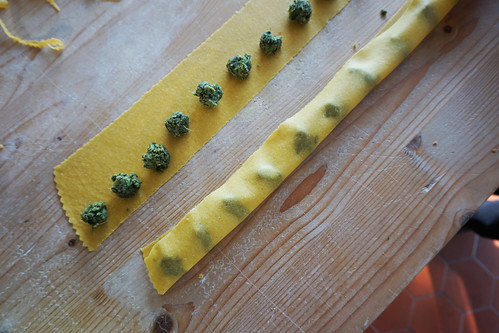 Pasta-making class for everyone

The secret to happiness, according to science, is spending your money on experiences instead of things. In my experience, this is true. The things that bring me most joy are memories of experiences I’ve had along the way. Incredible meals with good company. Hikes into the Alps. Cooking classes in Rome, Bosnia, France…

For me, these are treasures both because I love to cook (and love even more to eat) and because the class itself was such a joy. Good company. Good food. Hours of conversation and meditative work. Even if you don’t plan on making pasta when you get home, chances are you’ll always remember the day you spend in a sunny rooftop apartment learning to make tortellini en brodo from an Italian mama with a good writing background.

To book your own pasta-making class in Rome, you’ll find Ristomama here. 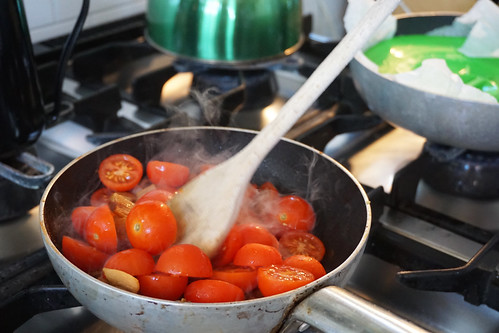 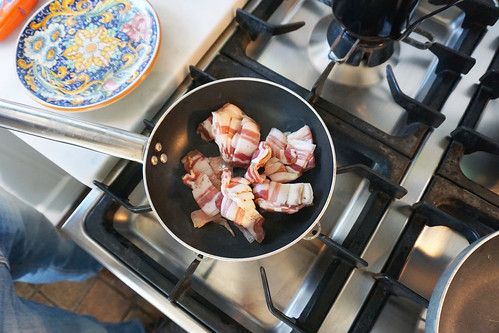 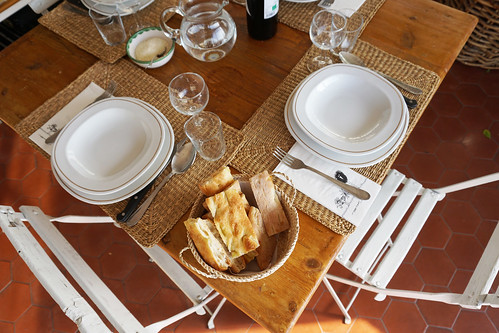 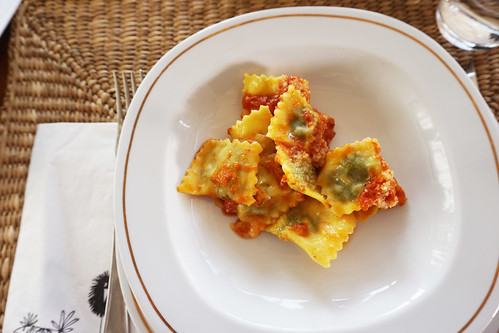 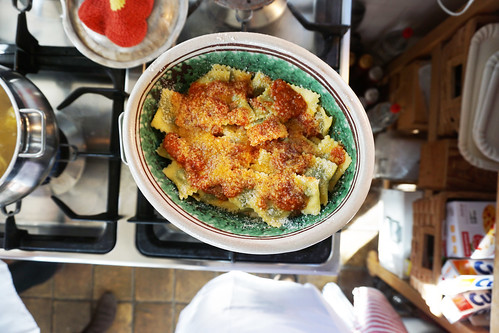 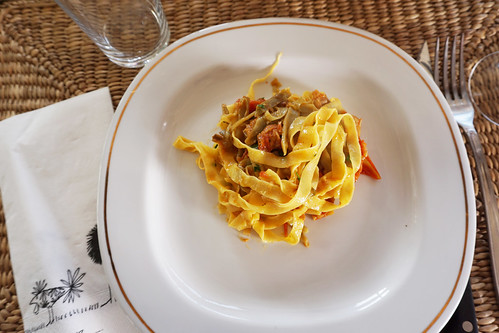 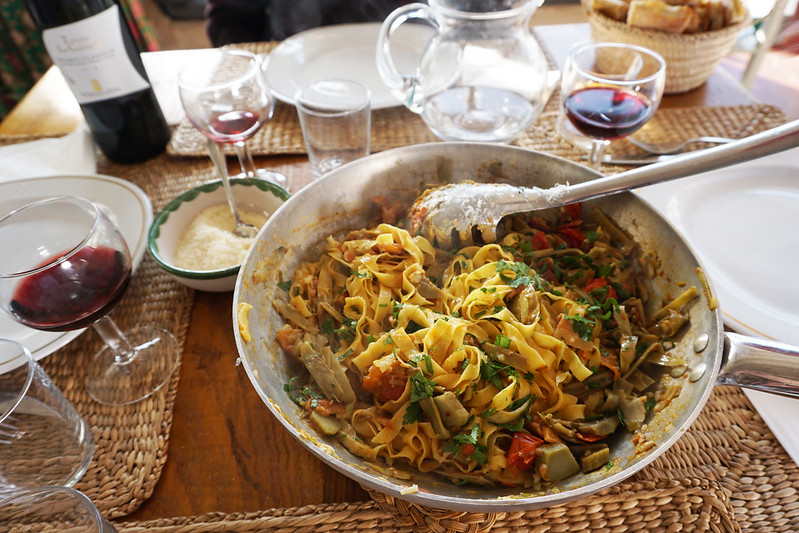 What (else) to do in Rome

You’ll find the world’s best gelato at Gelateria del Teatro and good pizza at Da Remo. The major tourist attractions are interesting and I’m a particular fan of the aventine keyhole and the nearby public garden Giardino degli Aranci. Exploring the city by Vespa is pretty fun (full disclosure: my vespa adventure was free for another story) and, of course, any fresh market you can make it to will be well worth the effort. Don’t miss out on artichokes (both Roman and Jewish style) if you’re in the city in winter.

If a day trip is on the horizon, Assisi is my favorite Italian town and this is the best restaurant in the city.

The best wines in France, according to an expert

What to eat in Slovenia (and where to eat it): An interview with Ana...