Popular posts
The Most (And Least) Dog-Friendly Countries in Europe
How we define disability (and how maybe that needs to change)
What happens to digital nomads during a pandemic?
The cost of traveling Europe: real budget numbers from 7+ years of travel
We got D visas in Estonia. Here’s how
The best hikes in Europe, according to a wilderness-loving writer
How I make money while traveling the world full-time: behind the scenes with a...
What to eat in Slovenia (and where to eat it): An interview with Ana...
So You Want to Freelance? Here’s How to Set Your Hourly Rates.
I Have OCD. This Is What It’s Like.
stories & photos

Where We’re Off to Next (& How We Chose Those Places)

By the time you read this, Chad, Luna, and I will be packing our bags, getting ready to bid Vancouver farewell and take a series of planes and trains all the way to Sicily for a real vacation—the first vacation I’ve taken since my solo cycle ride across France. No work projects. No 24-7 connectivity. Just us, a pair of bicycles, a cute apartment with a view of Mount Etna, a quest for Sicily’s best pastries, and a long stretch of beach.

We’re taking just over a whole month off, from December 4 to January 8, so if I don’t respond to emails or comments in that time, that’s why. (Don’t worry, though, I’ve got plenty of blog content pre-scheduled, including a monthly budget for Vancouver, a list of my favorite hiking spots around the world, and a local interview from Zurich, Switzerland.)

So, where are we spending our luxuriously relaxing month-long vacation? Where do people who can live anywhere choose to live when they empty out their schedules of work and projects and leave wide swaths of time open for walking, cycling, exploring, hiking, and creativity? And where are we off to after that vacation?

After our time in North America this year, we knew we wanted to get ourselves to Europe. We also knew it was time for a vacation, a break from work not because we don’t like what we’re doing (we very much do), but because people need space from the day-to-day both to recharge and to promote creativity. And so we knew we were headed to Europe for a lengthy vacation.

Our requirements for our first stop? We wanted a mild winter with (hopefully) a good number of sunshiny days. We wanted great food. And I wanted Chad’s first European experience to be quintessential.

It’s no surprise we landed on the idea of Italy. And once we did, we started daydreaming about the far southern isle of Sicily, a place known for its pastries, a place a bit more off-the-beaten-track, a place I’ve never been.

After much research, we landed on Taormina as a home base, mostly because our top requirement in any place is views, views, views. 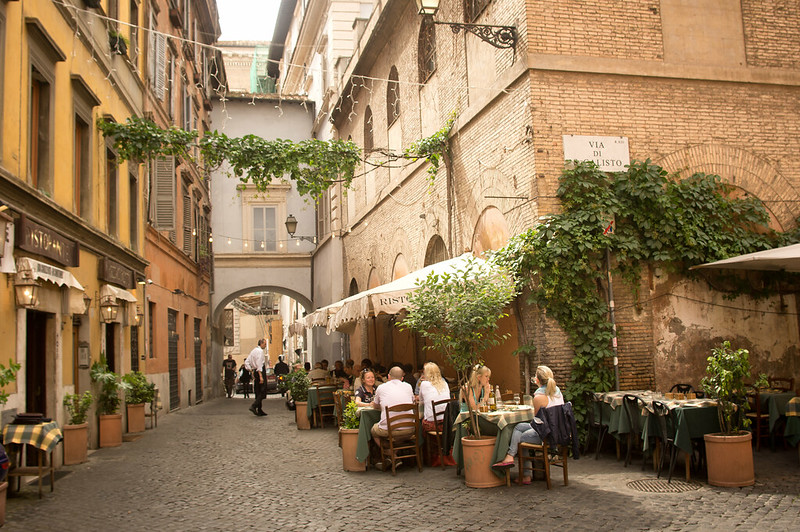 After our month on the Sicilian coast, we’re heading back into the heart of Italy, a place that has grown on me more and more over the years: Roma.

We chose Rome because I love their winters. There are chilly days, certainly, and some rain, but also plenty of sunshine, exceptionally good artichokes, and way, way less tourists. We also chose Rome because Chad requested a bigger city, somewhere with co-working spaces and meet-ups. Somewhere to connect with entrepreneurs and creatives and developers. Somewhere beautiful and Italian, but also full of city amenities and interesting new contacts.

The plan in Rome includes plenty of foodie adventures, walks along the Via Appia, and, for me, pasta-making classes. I’m also finally going to get my butt down to Naples to taste real Italian pizza.

We’ll be staying in the hip, beautiful neighborhood of Trastevere for just under two months before…

Our home base for that springtime warming-up period? Dubrovnik, Croatia—a city known for its stunning beauty and tourist hoards. According to tourism charts online, March and April should be somewhat bustling, but nowhere near as crowded and wall-to-wall with people as the summertime. If we’re going to visit the city, this is the time to do it.

May: Mostar, Bosnia and Herzegovina 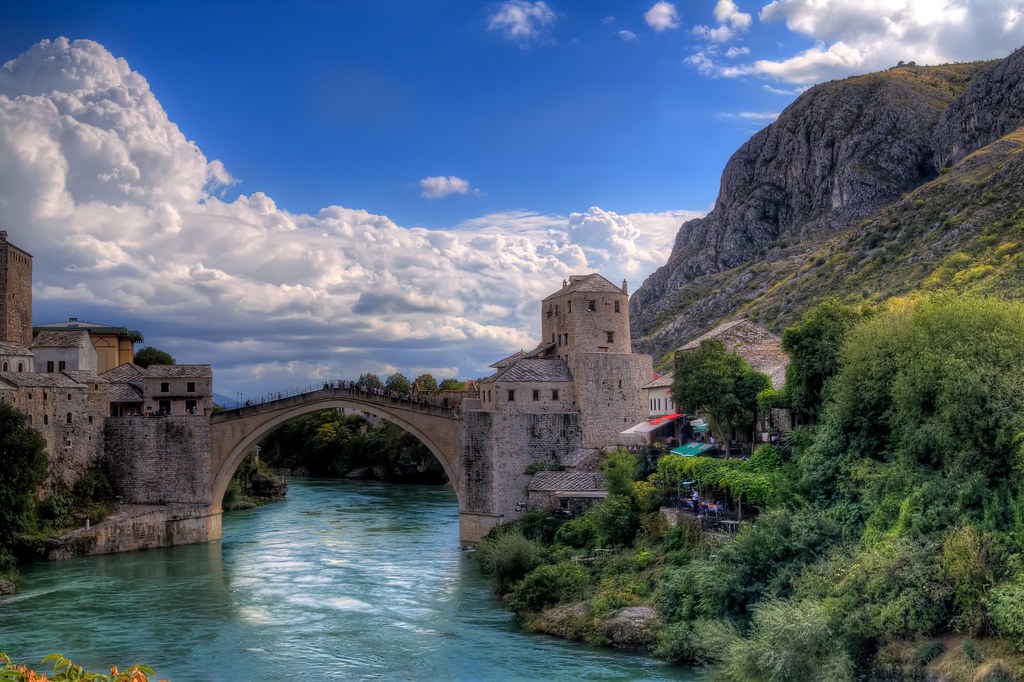 Here’s where the plans get tentative. We’ve booked Italy and Croatia. But we haven’t yet booked our next stop, which is very likely going to be Mostar, Bosnia.

Just a few hours away from Dubrovnik, Mostar has been on my to-see list ever since I first saw photos of its iconic bridge. This university town is smallish and charming and up against the mountains, which should make for a quiet month of hiking, strolling cobbled streets, and writing.

And after Mostar? Perhaps Slovenia, perhaps Romania. Maybe Slovakia, whose praises a friend of mine has been singing for the last couple years. Or maybe Switzerland, because how can I lead Chad around Europe without taking him into the center of the Alps? Only time will tell the answers to those next destination questions.

What are your upcoming travel plans for the year?

All Blissed Out (And Stumbling)

Hello Gigi, thank you for posting this. The photographs are gorgeous. I look forward to seeing many of your own wonderful photographs of the area in the future, as well as more articles on some specific areas. I’m excited for Chad to have this opportunity and know the experience will mean more to him when travelling with someone special. Good travels!

Happy Travels, well earned time off!
(Wish I could have taken you up on that Swiss stay you offered us.. sounded great… very close.. I will make my way there some day! )
Have a wonderful time, eat great food, and enjoy yourselves to the max!

I’m so happy you’re back in Europe! I know it’ll still be months before I get a chance to even attempt to see you, but at least it’s possible now. I hope things are going well in Sicily…and I’m a bit jealous of your warmer and sunnier weather! Also, Mostar…totally want to get there some day!