Popular posts
What happens to digital nomads during a pandemic?
The cost of traveling Europe: real budget numbers from 7+ years of travel
The cost of living in Estonia: my real spending for a month in Tallinn
We got D visas in Estonia. Here’s how
The Most (And Least) Dog-Friendly Countries in Europe
The best hikes in Europe, according to a wilderness-loving writer
How I make money while traveling the world full-time: behind the scenes with a...
What to eat in Slovenia (and where to eat it): An interview with Ana...
So You Want to Freelance? Here’s How to Set Your Hourly Rates.
I Have OCD. This Is What It’s Like.
travel how-tos

Unconventional Interviews: What is Remote Year & What’s It Like?

This is part of my unconventional interview series, designed to demonstrate the wildly varied ways we can live, work, and chase our dreams. Please keep in mind that, since these are interviews, the opinions, methods, and websites contained within do not necessarily reflect my own views or experiences. (Which is, in my opinion, part of what makes them wonderful.)

Today’s unconventional interview is with Cameron, who I met when I stumbled upon the Remote Year folks in Ljubljana, Slovenia, last summer. If you haven’t heard of Remote Year, the basic concept is that a bunch of digital nomads travel together for a year, moving to a new place each month. Cameron has just returned from last year’s round-the-world jaunt and is here to tell us about his experience.

I’m originally from the San Diego area, but moved to the Pacific Northwest around seven years ago to pursue a Masters Degree. I got recruited by Amazon while in school and ended up dropping out of my program. I’ve been in Seattle ever since.

I’m a software developer with a varied background, but am currently focused on the mobile space, IOS in particular. My current company, Pro.com is a marketplace for home improvement projects. I work on building out the apps that the home improvement professionals use to interface with our platform.

Outside of work, I have a variety of hobbies. In general, I tend to find transient obsessions that I sink months or years into before moving on to another. Currently that list includes: bouldering, playing music (in another time of my life, I was in various touring bands), home-brewing beer, and, weirdly enough, pinball. Before I left for Remote Year, I was playing pinball competitively in the local pub league. 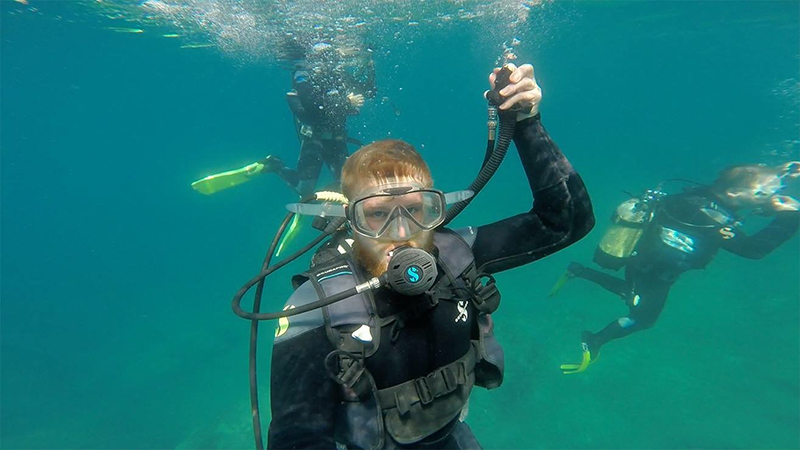 When did you first start traveling and what made you fall in love with it?

My family moved around quite a bit as a kid, so I got a chance to see different parts of the US from an early age. After we settled in San Diego, it was pretty easy/convenient to make trips to Baja California, so I was exposed to international travel (if you can really call Baja California “international travel” for a person from San Diego) from a pretty young age. When I was in college, I was in a few semi-successful bands and did a few US tours for a couple months each.

So even though I didn’t have too many serious travel experiences early in my life, I was pretty used to moving around a bunch and enjoyed seeing new places. I’ve always had a strong sense of wanderlust and a weak sense of home, I suppose.

There was one trip that really triggered something in me. A few years ago, while I was still at Amazon, I was sent on a month-long business trip to Hyderabad, India, to interface with our local team out there. It was my first time outside North America and, as cliche as it sounds, it was a life-changing experience for me. I met a few other Americans who were also stationed out there at various other international companies. We ended up taking a trip to Thailand together. It was on that little side trip that I realized how accessible travel could be. I’ve been hooked ever since.

What is Remote Year and what made you decide to participate in their year-long program?

Remote Year is a year-long travel program aimed at digital nomads. Basically, you pay them a flat fee every month to travel with a large group of like-minded remote workers. During the year, you spend one month in 12 different countries. Four in Europe, four in Asia, and four in South America. It’s like some crazy halfway travel company/social experiment.

Before I discovered RemoteYear, I had just transitioned into a job that offered me remote work full time. I was already planning on taking a sort of working sabbatical on my own. When I heard about Remote Year on Hacker News, I thought “why not?” and sent out the application.

It sounded like a pretty crazy prospect, and I was all about finding something crazy to experience. 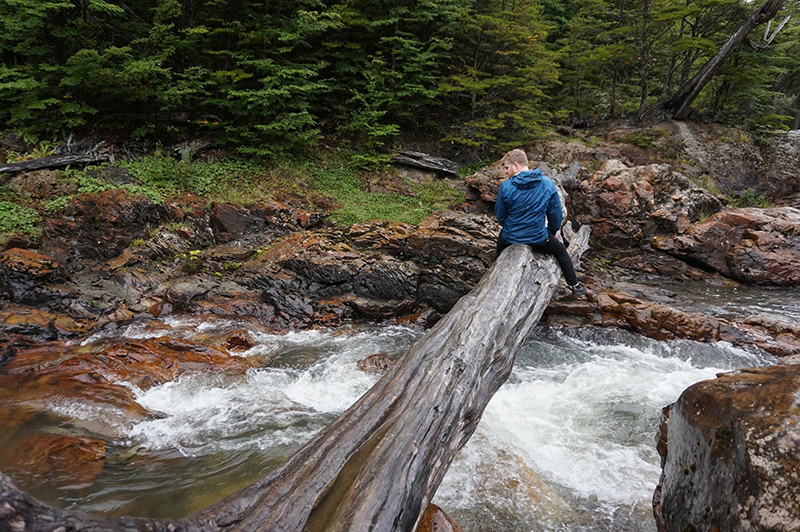 What were some of the greatest joys of your year in the program?

For me, the best part of the program was having an amazing home base of friends traveling around the world with me. It ended up being great for organizing small side trips with a few of the other participants. I would usually have one or two of these lined up every month, and sometimes we’d do crazy side trips with hardly any notice at all.

Most importantly, I’ve come away from this thing with a network of life-long travel crazy friends scattered across the globe.

What were the biggest challenges?

I’m decidedly much more of an introvert than the majority of the group. For me, the toughest part of the trip was navigating the social dynamics that you would expect with any tight-knit community like this. At times it felt a little frat-like and I usually didn’t enjoy the large group activities. That being said, I was able to find a small group of participants that I really connected with. 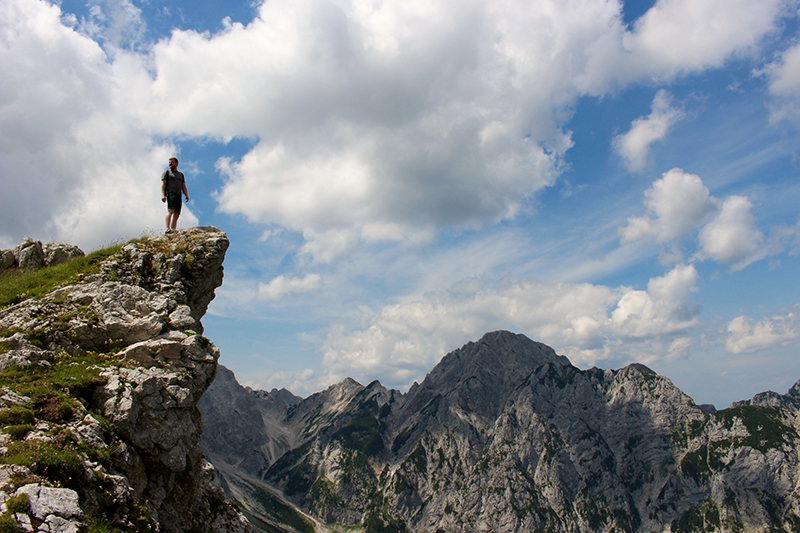 How did you fund your trip and is it pay up front or pay as you go?

I have a full-time job, so the funds were not an issue for me. In fact, I’d say my overall expenses were lower on the trip than they were while living at home in Seattle (excluding the crazy side trips, etc.). I believe they may have changed their pricing model, but for the first group, we paid a $3,000 entrance fee and then it was $2,000 per month every month after that.

I decided early on that I was going to pack light. I read tons and tons of one-bag gear list blog posts and slowly acquired all of the stuff I’d need for the trip. I was able to find a subletter for my room in Seattle, which was amazing. I just packed my stuff up, put it in storage and drove my car down to San Diego where my family was going to take care of it while I was away.

I did a ton of research, so I felt pretty happy with the kit that I brought along. Word of advice for anyone trying this: you won’t regret forgetting something at home, but you may regret taking too much with you. 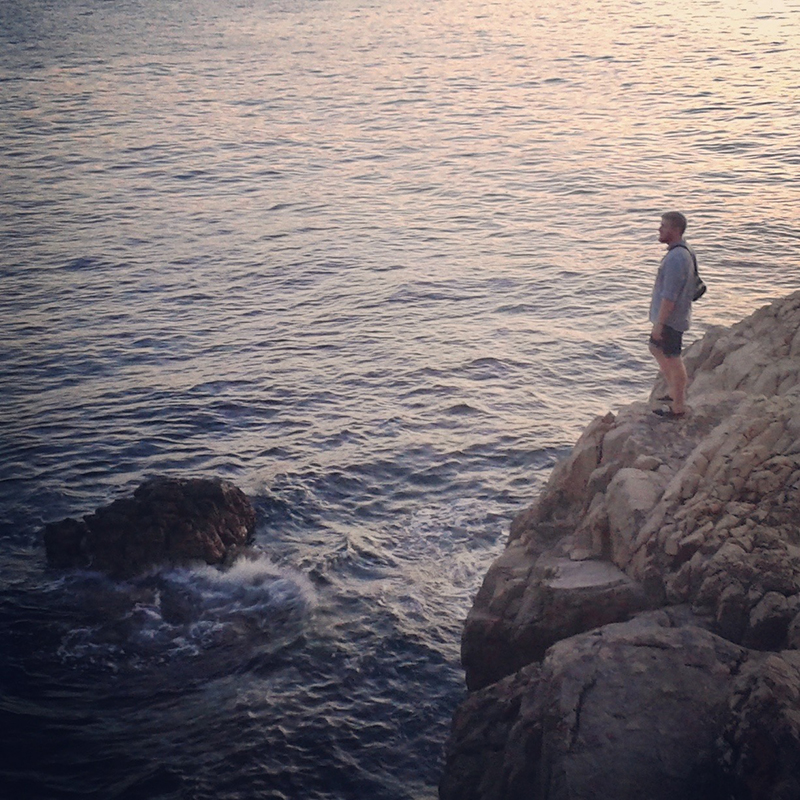 What were your favorite stops along the way?

For me, hands down my favorite was Ljubljana, Slovenia. I’d never heard of it before going there, but I was blown away by the place. It’s like this magical little fairy-tale town with a great art/music scene and tons of really amazing kind people. I love how close it is to both the mountains and the sea. I don’t know I’ve seen many blog posts about it lately, but I really think it’s going to be a major travel destination in the future.

Would you recommend a program like Remote Year? What kind of person is best suited for it? And what tips do you have for people who do want to do it?

All I can say is that I’m really happy to have participated in the inaugural trip . For me personally, I think it was an amazing experience. That being said, it was not all roses and butterflies. The team is still pretty inexperienced with running a travel business and they have a lot to learn.

First of all, it’s very expensive. I hear they’ve raised the fees for the current trips over what my group paid. Be aware that you can always do something like this for cheaper and if money is tight, I wouldn’t recommend it.

Secondly, it can be overwhelming at times traveling around in a group this large. You’ll find you have to really make an effort if you want to truly experience the culture and people of the places you go. It’s way too easy to fall back on the group and never leave your little Remote Year bubble. For me the best part of Remote Year was meeting a group of amazing like-minded wanderlusting professionals. 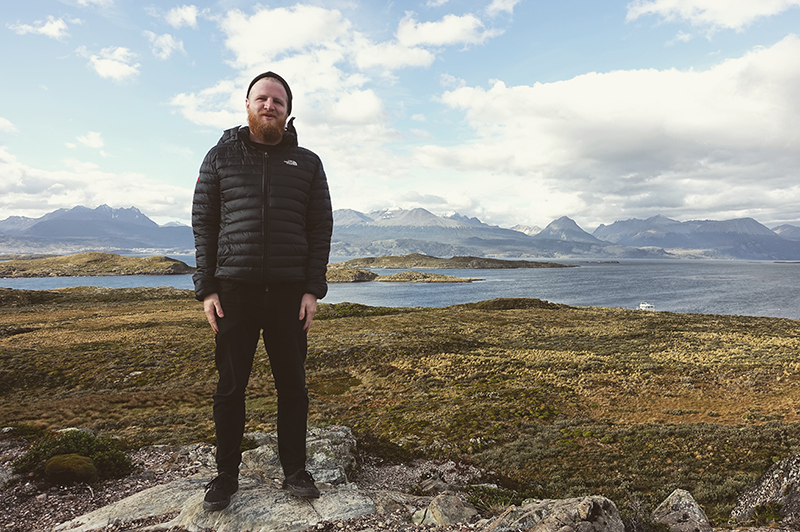 What’s next for you?

For now, I’m going to home base back in Seattle for awhile. Honestly, I don’t really know what’s next after that. Part of me is considering planting roots, but I’m pretty sure I’ll be feeling the wanderlust again soon. At least now I’ve got 75 friends to hit up for travel in the future.

Questions for Cameron? Toss them in the comments and I’ll see if I can get him to shoot you an answer.

Ask Me Anything: How Do You Find Alone Time When You & Your Partner...

How Much Does It Cost to Spend a Month in Playa del Carmen?

Really interesting to hear a first-hand experience with this program. I read another article about it recently, and they mentioned that the organizers, like you said, were inexperienced and things did not always work out as planned. While I think it’s an intriguing option for someone with no concept of how to plan out traveling while working remotely, I think you’ve seen that you can do it on your own and have more control over your living situation, and possibly even for less money. It does sound amazing to have made so many friends though, especially ones who can relate to being a digital nomad.