Popular posts
The cost of traveling Europe: real budget numbers from 7+ years of travel
The cost of living in Estonia: my real spending for a month in Tallinn
We got D visas in Estonia. Here’s how
The Most (And Least) Dog-Friendly Countries in Europe
The best hikes in Europe, according to a wilderness-loving writer
How I make money while traveling the world full-time: behind the scenes with a...
So You Want to Freelance? Here’s How to Set Your Hourly Rates.
I Have OCD. This Is What It’s Like.
We Don’t All Love the Same Places (& That’s Okay)
get off the beaten trackstories & photos

If you keep up with travel news, you probably already know that in the past few years more and more places have been asking tourists—nicely or not-so-nicely—to back off. These places have been overwhelmed by vacationers and cruise ship passengers and backpackers and that overwhelm has had far-reaching consequences for locals going about their business, for the environment, for the beautiful places they’re trying to preserve.

Which is why now we’re starting to see tourism caps and cruise restrictions and even locals marching in the streets.

It’s easy to see the news and tuck it away with the other information in the back of our minds. But, really, we should be listening. If tourism is destroying Venice’s canals and threatening the ecosystems of reefs and making people miserable, it’s time to re-think our vacation plans.

Does that mean you’ll never get to walk the Cinque Terre cliffs or swim off the coast of Santorini? No. But it does mean there’s a much better way to go about it.

For one, you could travel in low season, when the tourist throngs are nowhere to be seen and you aren’t disturbing locals or being swept along by a crowd. Or, perhaps even better, you could forego that destination, at least for now, and choose another very pretty, much less overrun destination for your upcoming epic trip.

In case choice #2 appeals to you, I thought I’d put together a list of places asking tourists to stay away…along with a few good alternate options that get a lot less crowds. 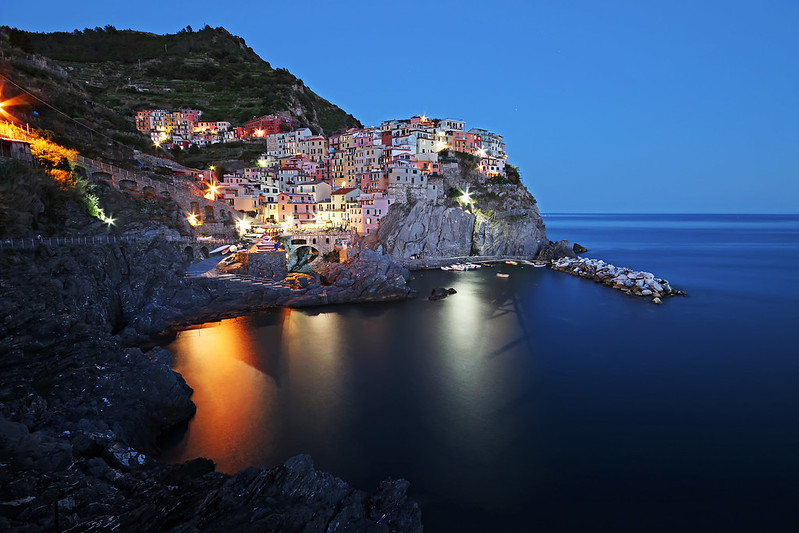 Where to Go Instead: Taormina, Sicily, Italy 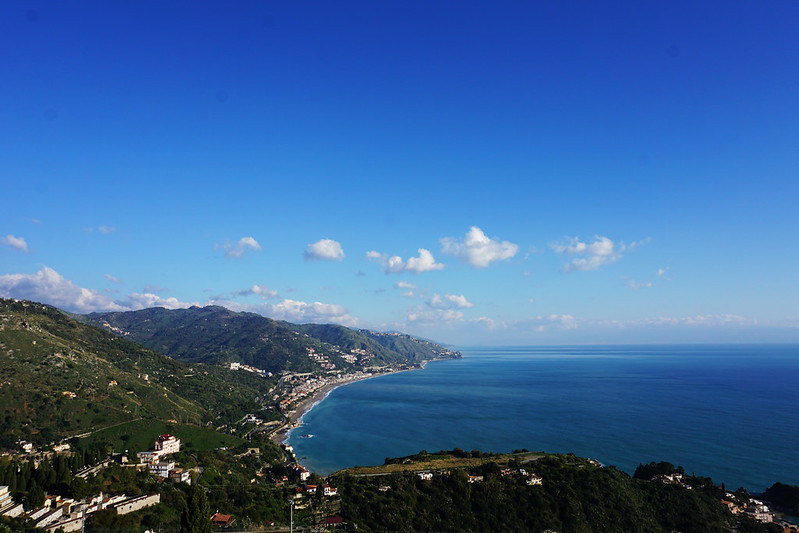 Down on the Sicilian coast, this cliffside town is known as the Pearl of the Adriatic. If sweeping ocean views, good Italian food, cute cobbled town squares, and blue skies are what you’re after, especially if you’re traveling in the shoulder or off season, Taormina is a good pick.

(And another bonus? Taormina tends to run a bit cheaper than its northern counterparts, especially in the off season.)

Don’t miss fresh cannoli from the tiny cannoli shop next to the town’s main grocery store, granitas (almond) from Bam Bar, or the climb to the old abandoned fortress above town. And don’t forget to pack your best clothes: locals dress to the nines for their evening stroll through the town center. 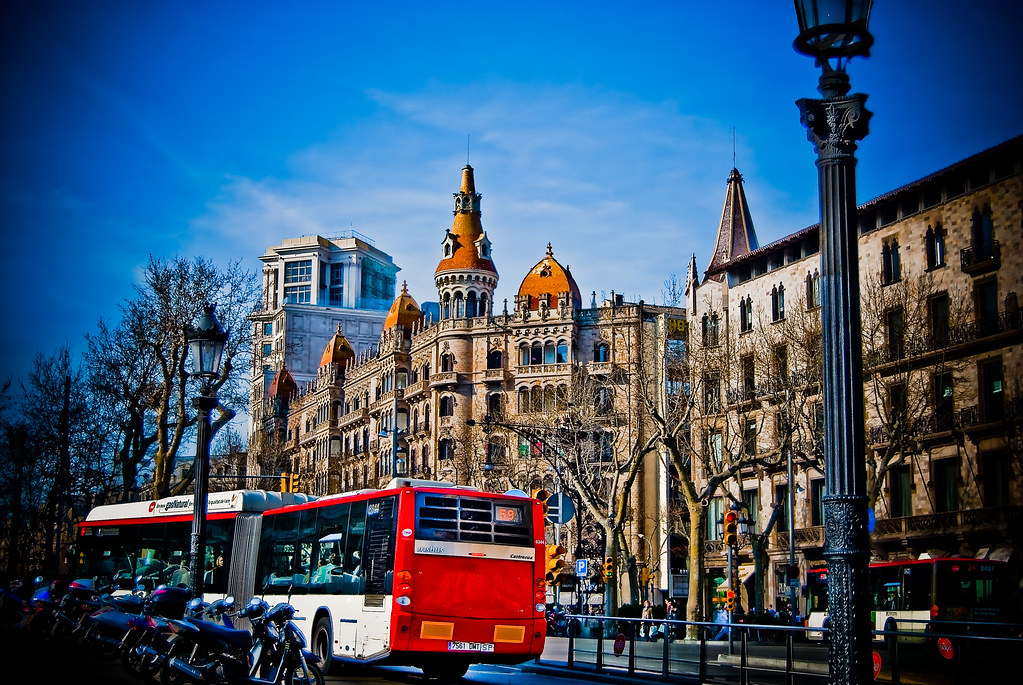 Where to Go Instead: Sevilla, Spain 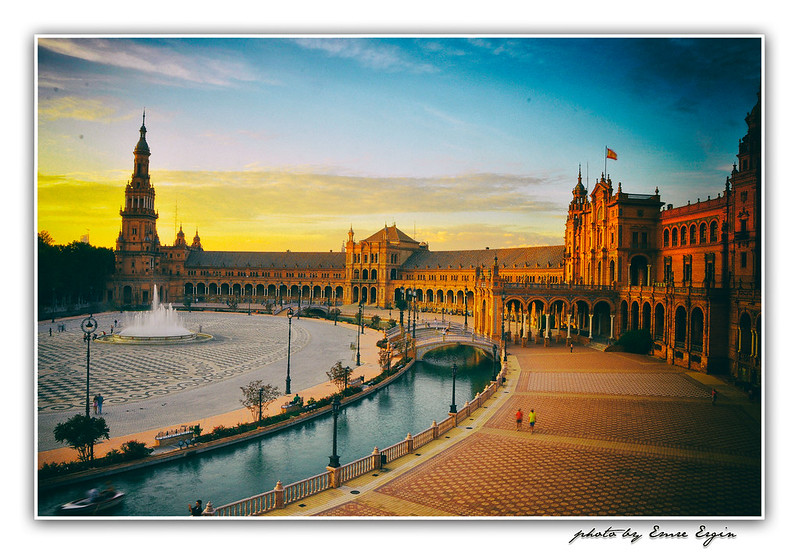 Barcelona is one of the most vocally anti-tourist cities in all of Europe. If you’d like to respect their wishes, but still need a Spain fix, I recommend southern Sevilla instead. It’s the sunniest city in Spain and one of the warmest. And while it gets plenty of tourism, it’s nowhere near as anti-tourist as popular Barcelona.

If you go, stay in the center’s cutest boutique hotel and grab tapas at Catalina Casa de Comidas. Do make sure to research your food options ahead of time, though. There are plenty of mediocre tourist restaurants to avoid. 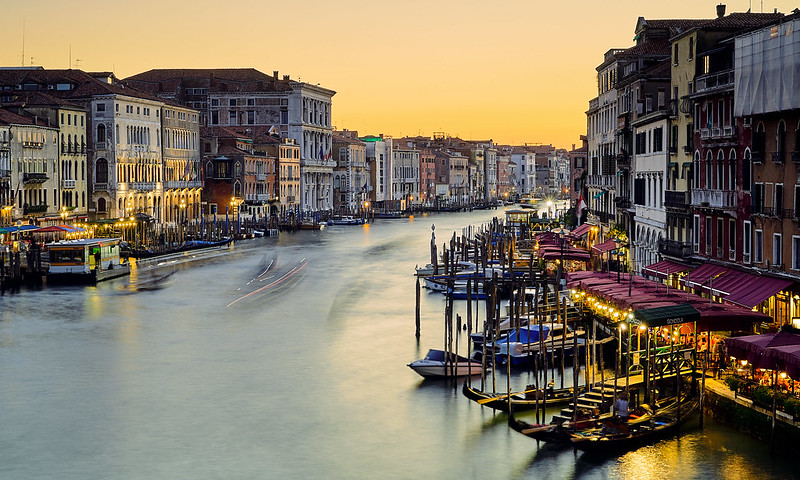 Where to Go Instead: Bruges or Ghent, Belgium 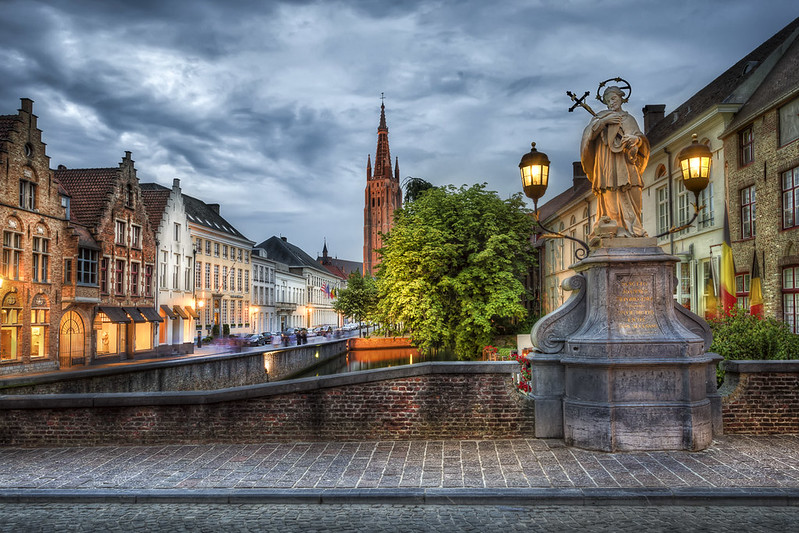 If Venice’s ancient architecture and fascinating canal system is on your wish list, here’s some great news: Europe is full of towns built on canals overhung with flowers and dotted with boats. Two of my favorites? Bruges and Ghent, Belgium.

The two towns are just 30 minutes apart by train, so you could easily visit both in a single vacation. But if you’re choosing between them, here’s the skinny: Bruges is smaller and feels like a fairytale with cobbled streets and curving canals full of boats and swans, colorful houses and horses pulling carriages. It’s a day trip for most tourists, so daytime in the summer gets crowded, but the town tends to empty out at night.

Ghent is bigger and more vibrant. It’s a university town full of students and artists and the kinds of hipster cafes, cheap food spots (like the make-your-own-soup Soup Lounge), and evening events that students and artists love. If you’re avoiding the crowds, don’t go during the Ghentse Feesten (the big music festival in the middle of summer).

Other European towns with charming canals include Annecy and Colmar, France. 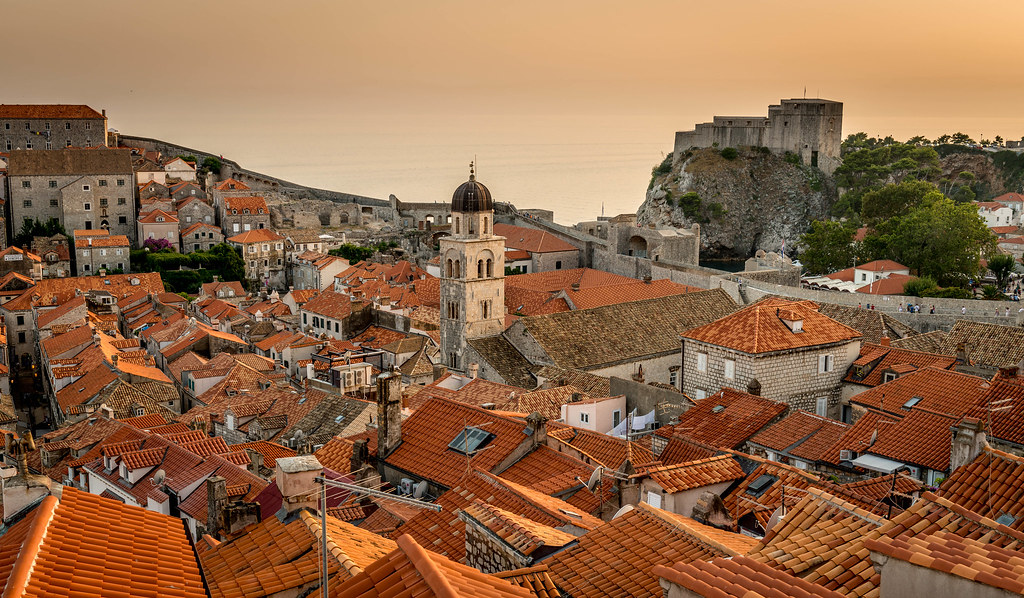 Where to Go Instead: Split, Croatia 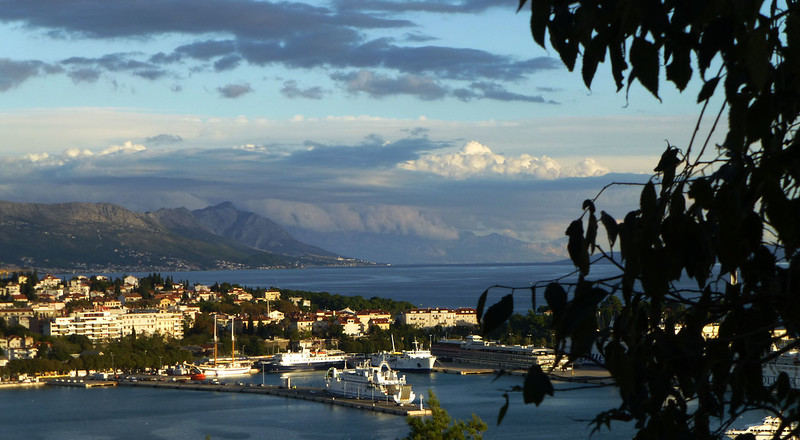 Dubrovnik is one of Europe’s most crowded spots—and honestly it’s a bit unpleasant because of it. If you’re dying for a Croatian seaside adventure, consider its bigger, more northern neighbor Split instead.

You won’t get the famous city walls, but you will get the stunning Croatian coastline, where mountains reach down to touch the sea and islands dot the horizon every which way. Don’t miss Marjan Park, with its views over the harbor and definitely make time for some ferry trips to nearby islands and perhaps a jaunt down the coast to see the famed beaches of Brela. 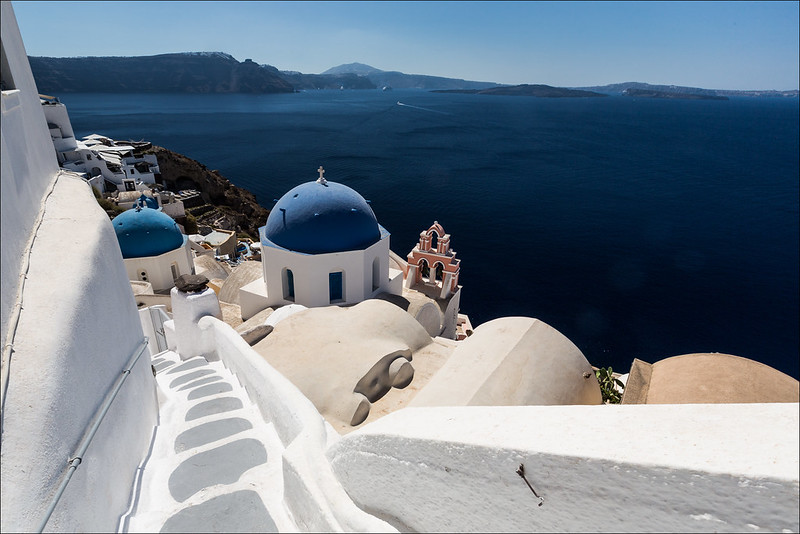 Where to Go Instead: Frigiliana, Spain 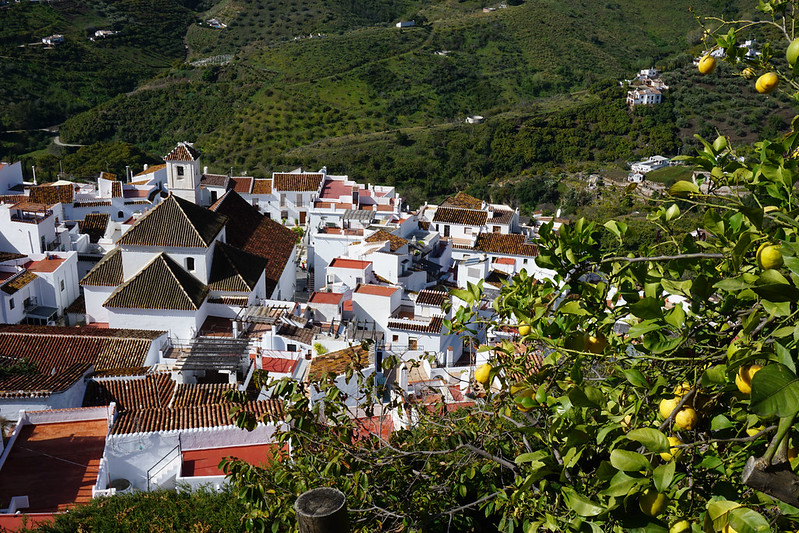 If bright white towns are what you’re after, tiny Frigiliana fits the bill nicely. It’s located in southern Spain’s mountains, just a short drive from the coast. It’s small and whitewashed and very pretty.

And if you prefer whitewashed and on the coast, check out nearby Nerja, a popular coastal spot where the pretty white buildings snuggle right up to the beach. Both spots are popular, so off or shoulder season are probably a better bet than high summer.

And if Spain isn’t your jam (it’s not mine), try Gozo: the smaller island just north of Malta. You won’t get the whitewashed towns, but you will get the southern climate, warm sunny days, and rocky island shores. 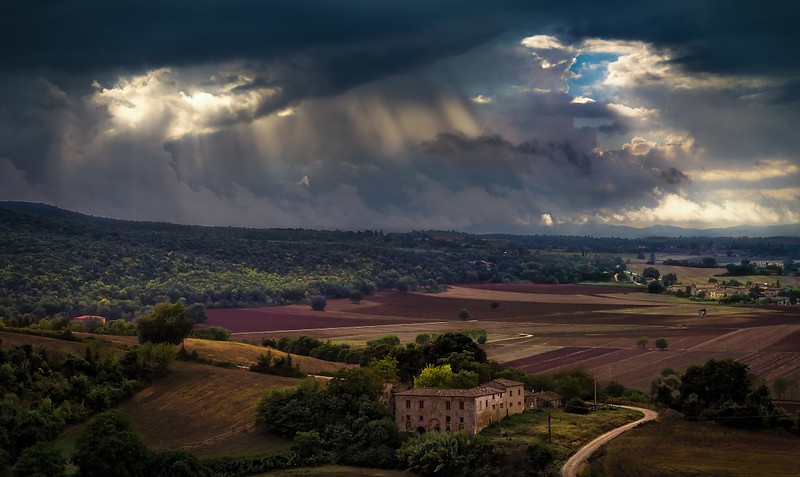 Where to Go Instead: Istria, Croatia 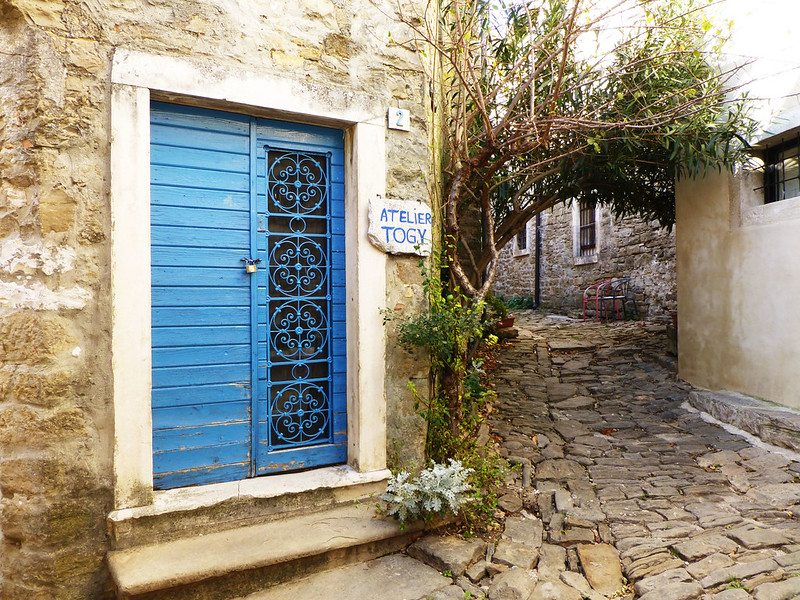 Now, Tuscany hasn’t been in the news asking tourists to back off, but it’s another spot in Europe that can get overcrowded in the summertime. For a long while, savvy travelers have been recommending visits to other Italian countryside locations like Umbria, which is a good plan, but I’d like to posit another idea:

This rolling countryside full of truffle mushrooms and hilltop towns is a part of Croatia that’s much less touristy than the southern coast. And the architecture, landscapes, and warm people are very similar to those you’ll find in the Italian countryside. If you didn’t know the above photo was of Istria, you might just think it was Italy, no?

So, now, to you, traveling friends: Any other good suggestions for avoiding the too-touristy locations and finding other spots that sing to our souls?

A Week in the Life of a Digital Nomad, NYC Edition

Ask a Local: What Should I Do/See/Eat in Nancy, France?

Hiking from Omiš to Starigrad Fortress

Great post Gigi! It’s unfortunate that we are loving some places to death. I just had some clients (I’m a travel planner or travel agent) skip Dubrovnik and go to Split instead on my recommendation. And they really loved Split.

Yes! Honestly, I like Split more anyway. It feels more lived in and vibrant.

The more I travel, the more I realize there are certain characteristics of popular destinations that can be found in many other places, some with way fewer tourists. I like your alternative for Tuscany, but if you still really wanted to be in Italy, try Emilia Romagna or Umbria. I love Sevilla, much more than Barcelona, but you could also try Valencia, which is still a big city on the cost like Barcelona, but with fewer tourists. Andy and I didn’t make it to Dubrovnik this year, but we did get to Split, and while it’s lovely, I still found it to be overly touristy. Zadar, a little farther north, was also gorgeous and touristy, but less touristy than Split. And if Italian food is something you’re after, Croatia has it in spades, so just going to Croatia instead of Italy will get you similar cuisine, potentially fewer tourists, potentially lower prices, and there’s still plenty of old Roman era ruins and Italian style architecture to admire. Or go a tiny bit south to Montenegro, very similar to Croatia. I also really like your Ghent suggestion as a Venice alternative. Such a cute city, still has lots of canals, and the castle there is amazing! And of course, traveling to any of these places during the shoulder season or off season makes a huge difference. I think it’s about realizing what characteristics you’re looking for that are drawing you to a super popular place and digging around to see where else you could go instead. Even just picking a different Greek island instead of Santorini could mean fewer tourists and a more enjoyable vacation. There are soooo many options for traveling to places that won’t destroy the very things you’re hoping to see.

Yes! Thank you for the further suggestions.

LOVE THIS. Because we live in a tourist town, I prefer our vacations to be in markedly different surroundings. Thanks for the tips!

Me too! I usually prefer my tourist town visits in the shoulder season (though obviously it doesn’t always work out that way). Some of these suggestions still get their fair share of tourism, but not nearly as much as the more popular counterparts.

My goodness, what a list for daydreaming! If the skip spots look amazing! We always travel with the kids and find that planning the trip is so much a part of the fun. We learn about the local cultures and history and food, etc. along with the kids and we all feel so much more engaged that way!

Thanks for presenting the alternative travel trips.

Great comparison Gigi. All good substitutions place. Not only for 2018, we can apply for 2019. Thanks