Popular posts
What happens to digital nomads during a pandemic?
The cost of traveling Europe: real budget numbers from 7+ years of travel
The cost of living in Estonia: my real spending for a month in Tallinn
We got D visas in Estonia. Here’s how
The Most (And Least) Dog-Friendly Countries in Europe
The best hikes in Europe, according to a wilderness-loving writer
How I make money while traveling the world full-time: behind the scenes with a...
What to eat in Slovenia (and where to eat it): An interview with Ana...
So You Want to Freelance? Here’s How to Set Your Hourly Rates.
I Have OCD. This Is What It’s Like.
stories & photosthings i like

Oh, Edinburgh, How I Love Thee. Let Me Count the Ways… 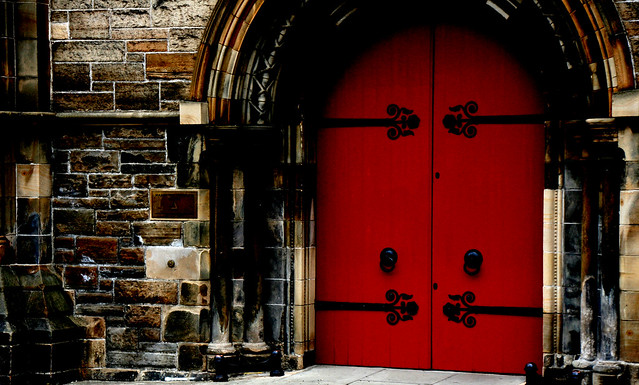 .One.
I love that the dogs here all walk without leashes. They’re all well-trained and well-kept. And the culture is one which encourages people to either love them or ignore them. I can’t imagine anyone here complaining about a dog at a farmer’s market (which is a thing that happened to me in Denver). And when I asked if I needed to pay extra to take the dog on the train, the ticket seller looked at me like I was nuts. Because why would anyone charge you extra to take your small, fuzzy friend on the train?

.Two.
Then there’s the accents. Oh, the accents! I feel a little like Elizabeth Gilbert in Eat Pray Love when she talks about the Italian language, saying “It’s kind of a fairyland of language for me here…It’s like somebody invented a city just to suit my specifications, where everyone (even the children, even the taxi drivers, even the actors on the commercials!) speaks this magical language.” This is how I feel about the accents. Like someone set up Edinburgh for me in advance, with even the children saying darling things like “Look at the wee doggie!”

It reminds me of working for the British furnishings retailer in NYC. Sometimes the British workers would come over for various reasons and the short, stocky men would hit on us saying things like “Well, tell that boyfriend of yours that if he doesn’t show up soon, I’m going to give you a cuddle.” Men saying cuddle, particularly in a British accent = amazing.

.Three.
And, of course, there’s the fact that every street, every alleyway, every house, every storefront belongs on the front of a postcard. Care to be delighted by architecture and charm? Just take a walk. Even a short one.

.Finale.
Have I mentioned yet that I love it here? And I think Luna does too. Perhaps that’s just my perception…but she seems curious and interested and settled into the guest room very quickly–as if we’ve lived here for years. What an enormous, wonderful relief it is to have my Luna at my side and to know that I’m not just dragging her along unwillingly on my adventures, but that she is having her own adventures too, which mostly involve sniffing adorable, six-month-old Schnauzers and taking long walks down lush, green forested pathways.

Beautiful Spaces: Where I Stayed in the Loire Valley

A Manifesto for Really Living

I am so happy for you – and I am happy to hear that the place has not changed and is still wonderfully dog friendly. I am jealous of your adventures my two friends and thrilled that you have each other.